Accessibility links
Texas Legislature, Federal Government Clash Over Airport Pat-Down Bill : The Two-Way The bill, which had already been passed by the house, would have made it a crime for a TSA agent to "intrusively touch" a passenger. The Department of Justice threatened to shut down Texas flights, arguing a state has no authority to regulate federal agents 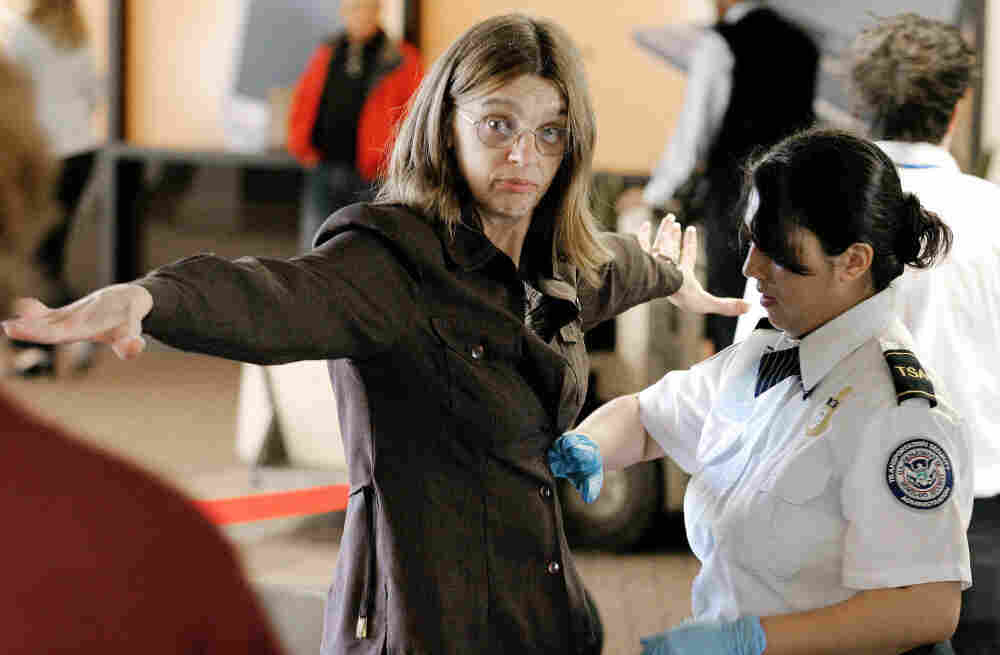 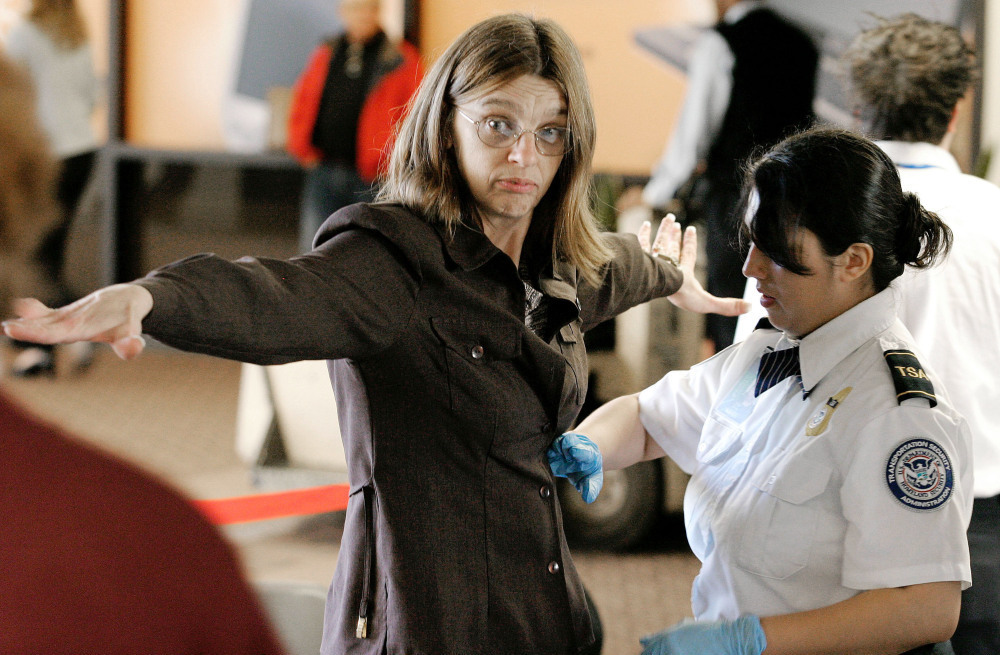 A Transportation Security Administration agent performs a pat-down check on an airline passenger at a security checkpoint at Phoenix Sky Harbor International Airport.

Texas lawmakers and federal agents came to a dramatic showdown last night, over a bill that would have prohibited Transportation Security Administration agents from conducting intrusive pat-downs. The Department of Justice circulated a letter that told the politicians if they went through with HB 1937, the TSA would cancel flights out of Texas.

Texas State Rep. David Simpson, who wrote the bill, put the ultimatum in more vibrant terms in a press release he issued today:

Either Texas backs off and continues to let government employees fondle innocent women, children and men as a condition of travel, or the TSA will cancel Texas flights. The Federal Government showed its willingness to bully the State of Texas if attempts to protect passengers from being forced to give up constitutional rights are not dropped.

In a letter to legislative leaders, the Department of Justice said the bill "would conflict directly with federal law."

"Under the Supremacy Clause of the United States Constitution, Texas has no authority to regulate federal agents and employees in the performance of their federal duties or to pass a statute that conflicts with federal law," John Murphy, an United States attorney, wrote in the letter.

Reuters reports that the bill would have made "intrusive touching" a crime punishable by up to a year of jail-time:

The bill described "intrusive touching" as touching a passenger's sexual organs, or "touching in a manner that would be offensive to a reasonable person."

The AP reports that after the Department of Justice's letter, however, the bill, which had already been approved by the House, seems dead in the Texas Senate:

Republican Sen. Dan Patrick said he lost votes to bring the bill to the floor for a debate because [Lt. Gov. David] Dewhurst caved to pressure from the federal government.