Accessibility links
In Sudan, 80,000 Flee Fighting As Things Go From 'Worse To Even Worse' : The Two-Way "They are sleeping under the trees. They need food and water ... some people are dying," a local official tells Reuters. Soldiers from the north Sudanese army have seized the disputed Abyei region, which many in the south claim as their own.

In Sudan, 80,000 Flee Fighting As Things Go From 'Worse To Even Worse'

In Sudan, 80,000 Flee Fighting As Things Go From 'Worse To Even Worse' 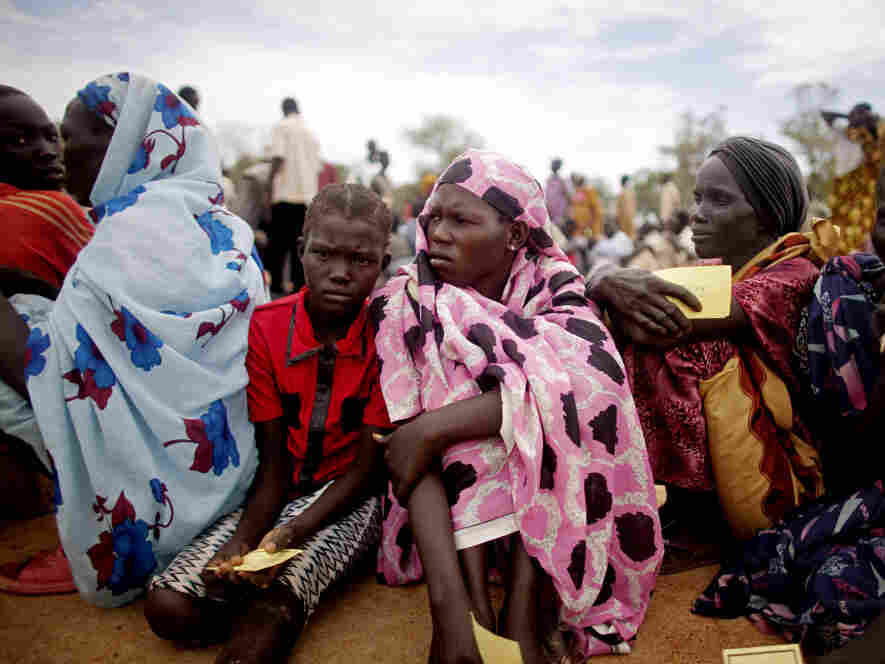 Refugees in the village of Mayan Abun, southern Sudan, on Thursday (May 26, 2011). Pete Muller/AP hide caption 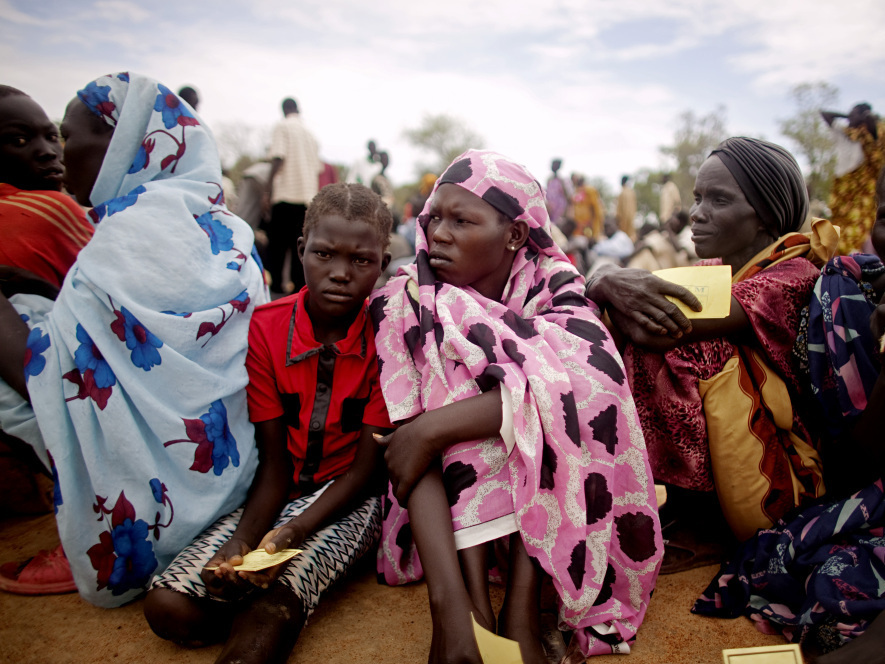 In Sudan, "around 80,000 people have fled since the north Sudanese army seized the disputed Abyei region almost a week ago," a local official tells Reuters.

"The situation is going from worse to even worse," Dominic Deng, commissioner of the of a region in south Sudan that borders Abyei told the wire service. Many of the refugees have fled to his region, Deng said, and "they are sleeping under the trees. They need food and water ... some people are dying."

Thursday on Morning Edition, the U.S. special envoy to Sudan, Princeton Lyman, explained to guest host Mary Louise Kelly that Abyei "is a very small part of the Sudan, but it is one in which each side is very heavily invested, emotionally and politically. It has long been in dispute, between the north and the south, as to where Abyei should be."

"On the other side, the Misseriya, who are a nomadic group, are a very important constituency to [Sudanese] President [Omar al-] Bashir. They fought on his side in the civil war against the south and he has promised them that they would continue, not only to have grazing rights in Abyei, but that they would have political rights in Abyei, and that it would stay in the north. So it has become an important area because of important constituencies on each side, that care deeply about this region."

For more on the situation in Sudan and the vote that led to the south splitting away from the north, see this February report by NPR's Frank Langfitt.