Accessibility links
L.A. Schools Tells Librarians: You're Not Teachers : The Two-Way The Los Angeles Unified School District plans to lay off thousands of employees, due to a budget shortfall. The cuts include 85 school librarians — who have been told that they no longer count as teachers. Many must defend their jobs, facing questions from the district's lawyers. 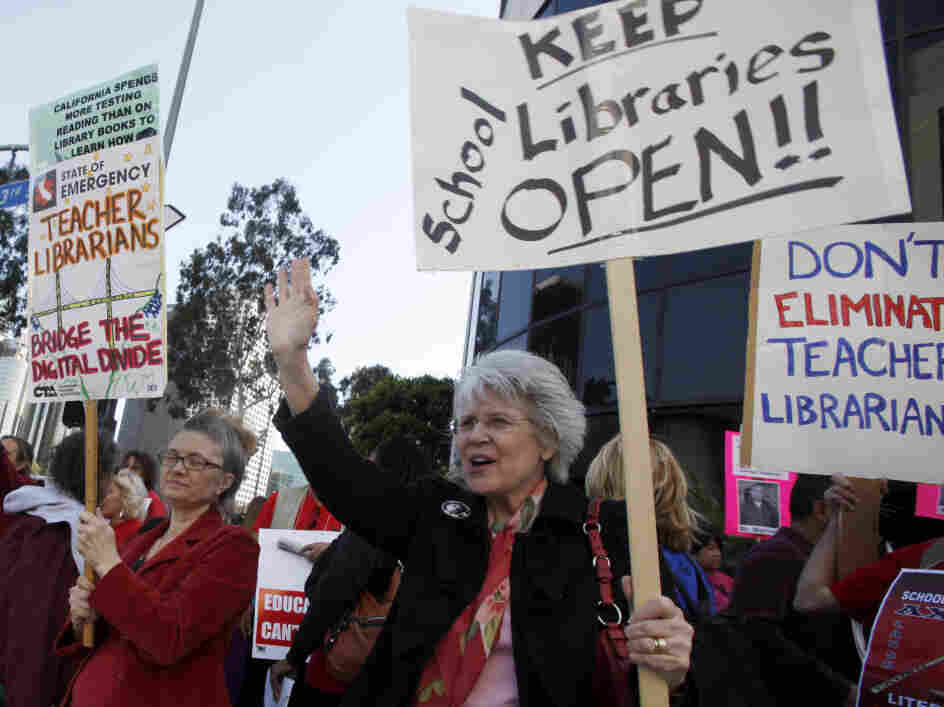 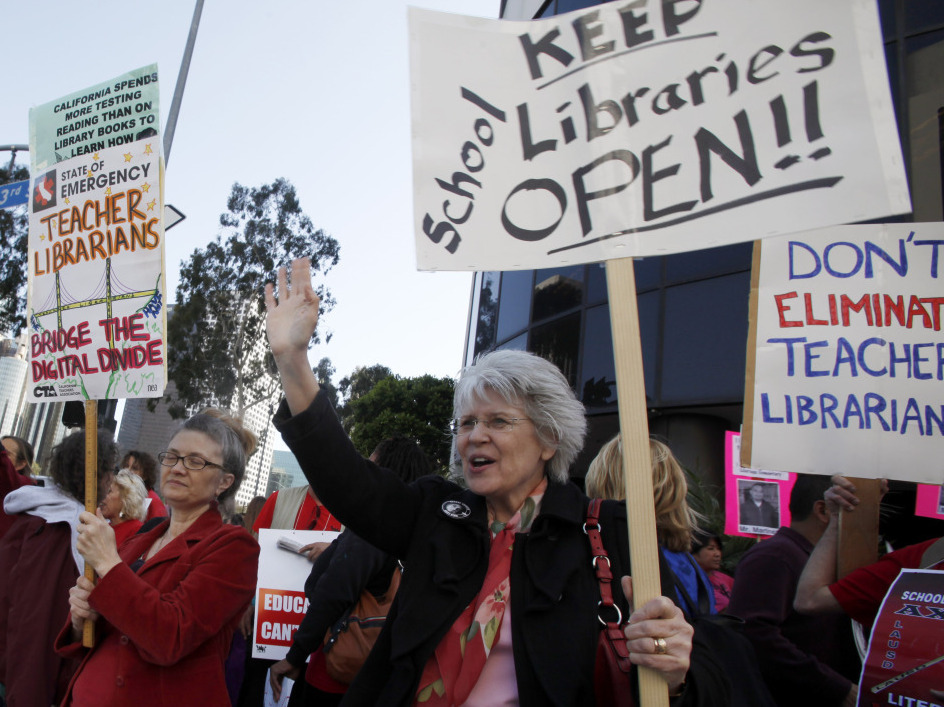 The Los Angeles Unified School District plans to lay off thousands of employees, as it faces a budget shortfall of more than $640 million. The cuts include 85 school librarians — who have been told that they no longer count as teachers. The change in classification would make it easier for the school district to cut the jobs.

The librarians have been facing questions from the district's lawyers, as an administrative law judge seeks to determine if they should be considered as teachers.

In the basement of a building in downtown L.A., there is a makeshift hearing room where school librarians have been quietly defending their jobs over the last few weeks.

One by one, librarians who got layoff notices this spring sat before a judge, while a school district attorney peppered them with questions about their abilities as teachers. "Do you know how to take attendance?" he'd ask. "How many weeks are in a school year?"

Librarian Allison Walker was shaking after she came off the stand.

"Basically, what he just tried to present was that I don't qualify as a teacher because I've been in the library," she said.

Walker went on to say that she taught every day — and that her classroom was different, containing 12,000 books.

In response to the school district's actions, teacher-librarian Nora Murphy wrote an op-ed piece for The L.A. Times describing why she chose her library career after a stint as an English teacher. Murphy recalls that her school's librarian helped her immensely, by recommending books that both challenged and interested her students:

That experience and others like it demonstrated to me that a school librarian performs the toughest, and most crucial, kind of teaching. Seeing it done well inspired me. Ultimately I returned to school to earn a library media services credential and a master's degree.

I have never regretted the decision — until now. I believe I have the best job on campus, though by no means the easiest.

When a city's school district gets in the news, it's usually because things are going great, or they're not so hot. And lately, it seems that Los Angeles's schools can't get out of the spotlight. First there was the nasty spat with celebrity chef Jamie Oliver, who was trying to pressure the district into giving kids healthier food and drinks.

And just yesterday, a court ruled that Marguerite Poindexter LaMotte could not join the teachers union in a separate lawsuit against the L.A. Unified School District. The reason? LaMotte is on the L.A. school board, herself. Her attempt to join the lawsuit came after the board outvoted her, in deciding to convert a struggling middle school into a charter school.