Accessibility links
Karzai: Afghans 'Can No Longer Tolerate' NATO Strikes That Hit Civilians : The Two-Way Responding to word of an attack that left at least nine civilians dead, the Afghan president says his country "has a lot of ways of stopping" NATO from doing so again. He doesn't spell out what those ways might be. 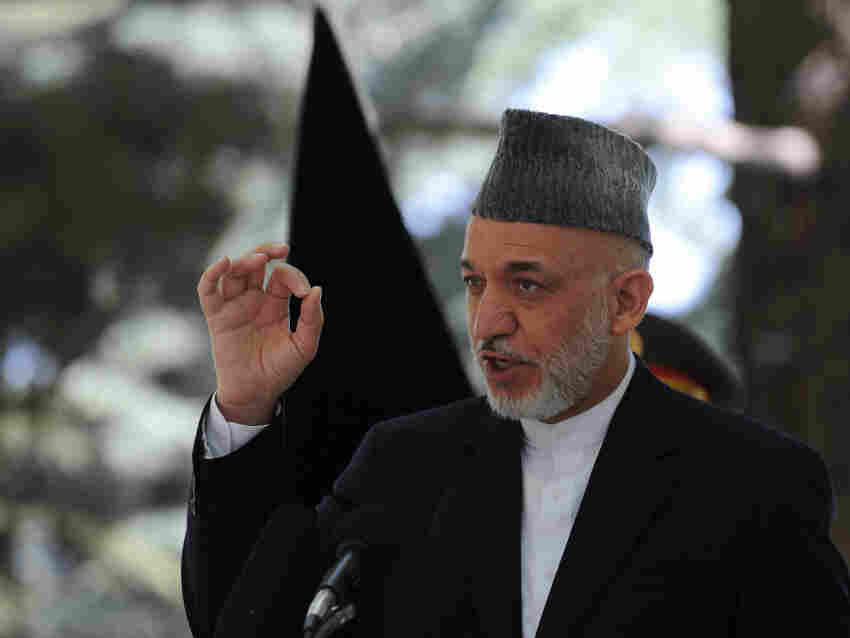 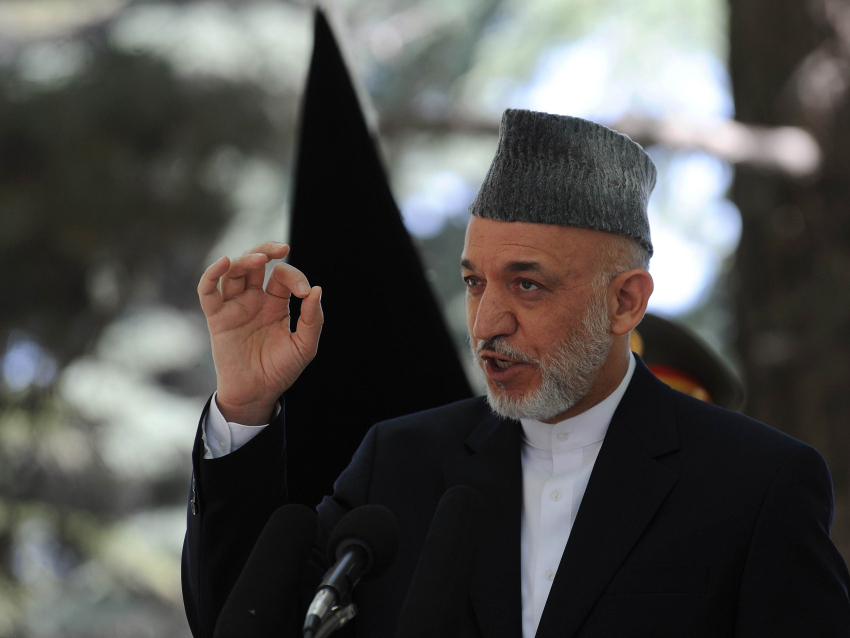 "Angered by civilian casualties, Afghan President Hamid Karzai said Tuesday that he will no longer allow NATO airstrikes on houses, issuing his strongest statement yet against strikes that the military alliance says are key to its war on Taliban insurgents," The Associated Press reports.

In the latest incident, AP says, "at least nine civilians were killed" Saturday in Helmand province during a NATO strike.

Karzai issued a vague warning that his nation "has a lot of ways of stopping it" if such strikes happen again.

Reuters adds that Karzai "warned NATO-led forces in Afghanistan on Tuesday they were at risk of being seen as an occupying force rather than an ally after a spate of civilian casualties, and said he would take unspecified 'action' if they continue." The wire service says that "the commander of ISAF troops in the region apologized for the deaths, saying the strikes on the compound had been ordered because insurgents were using them as a base."

Meanwhile, The Washington Post reports this morning that "of all the statistics that President Obama's national security team will consider when it debates the size of forthcoming troop reductions in Afghanistan, the most influential number probably will not be how many insurgents have been killed or the amount of territory wrested from the Taliban, according to aides to those who will participate. It will be the cost of the war."