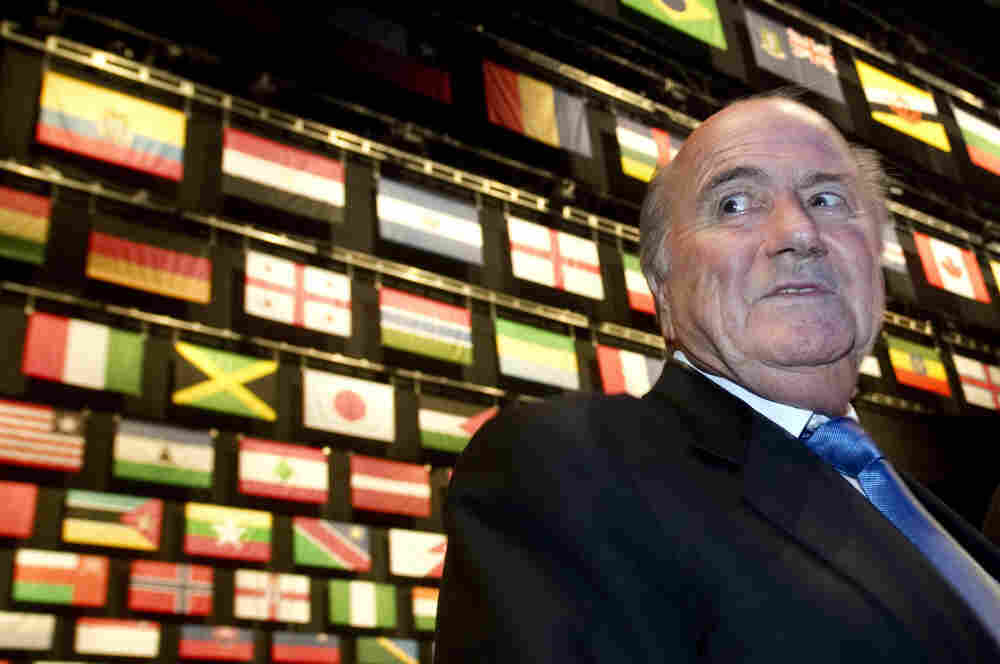 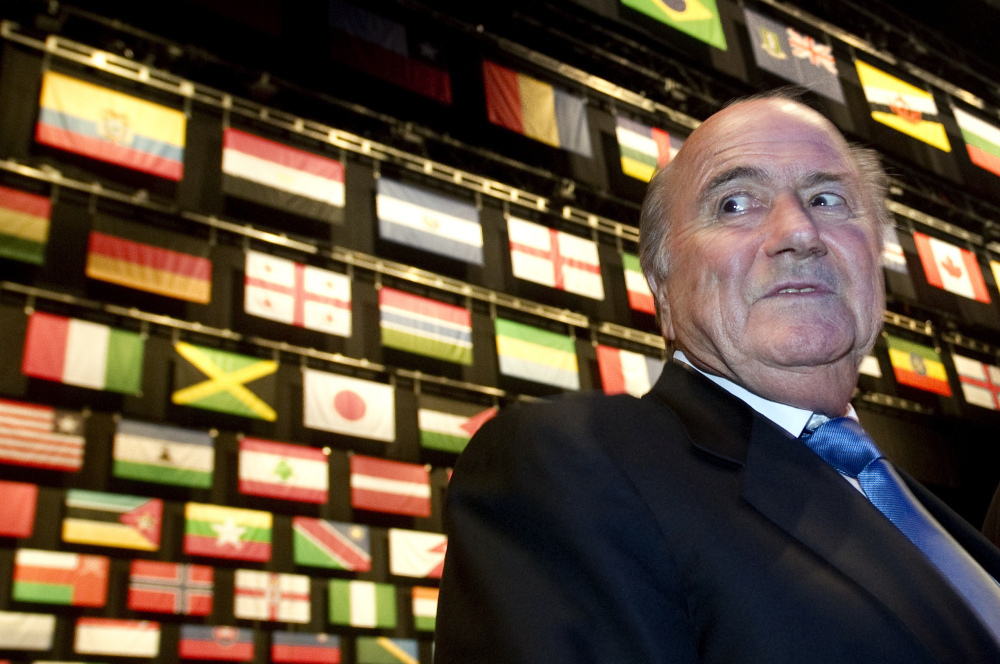 FIFA president Sepp Blatter arrives for the opening ceremony of the 61st FIFA Congress at the Zurich Hallenstadion in Oerlikon.

The English Football Association and the Scottish FA called on FIFA to postpone a vote for president scheduled for tomorrow.

If you haven't been keeping up, recently FIFA has been hit by a barrage of ethics scandals. By its count, Major League Soccer Talk reports that 10 of the 32 members of the sport's governing body are under investigation.

The latest scandal involves Mohamed bin Hammam, the only person who was challenging incumbent Sepp Blatter for the presidency. Bin Hammam was suspended by FIFA's ethics committee for allegedly trying to buy votes, so he bowed out of the elections leaving a free path for Blatter to serve another four-year term.

This comes after allegations that Qatar had bought itself the chance to host the 2022 World Cup.

ESPN reports that English Football Association chairman David Bernstein called for the delay in the vote out of "principle:"

As well as a postponement, Bernstein wants FIFA to appoint an independent body to supervise reforms after the scandals of the last month. The FA would need 75% of the 208 associations to back them tomorrow - and that looks a forlorn hope.

"To get 150-odd votes clearly would be extremely difficult when we starting from a standing start but there was actually a matter of principle involved," Bernstein said. "Myself and the FA feel that the situation FIFA has got itself into is in many ways unacceptable. Going forward in this situation if he does with a coronation rather than an election I don't think does anybody any good - including Mr Blatter."

The AP reports that Scottish FA asked that the vote be delayed and that an independent ethics committee be appointed to make changes to the organization:

"The events of the last two days, in particular, have made any election unworkable," Stewart Regan, the Scottish FA chief executive, said in a statement.

"The integrity and reputation of the game across the world is paramount and the Scottish FA urges Fifa to reconsider its intentions, and calls on other member associations to consider the long-term implications for the game's image."

Blatter for his part held a tense press conference on Monday in which he said that football was not in a crisis. He was defensive and walked out of the press conference after reporters shot follow-up questions:

The AP reports that Blatter, "acknowledged that corruption scandals have left FIFA 'shaking on its foundations' on the eve of a presidential election that should give him another four-year termand a chance to restore order to soccer's reeling governing body."

Update at 6:50 p.m. ET. Blazer Out As CONCACAF's Secretary General:

The AP and Reuters are reporting that Chuck Blazer, the secretary general for CONCACAF, has been fired[updated below]. Blazer was the one who made allegations of corruption against Caribbean soccer federations that led to bin Hammam's exit from the FIFA presidential race.

Reuters has a little more background on the riff that Blazer's whistle blowing had created with the North and Central America and Caribbean regional governing body.

The roller-coaster day continues: In a press release on its website, CONCACAF said Chuck Blazer was fired by Lisle Austin without any authority. As such, Blazer continues as General Secretary of CONCACAF: