Accessibility links
Amid Controversy, Blatter Reelected As FIFA President : The Two-Way After his reelection, Joseph "Sepp" Blatter told the 61st FIFA Congress that he would "put FIFA's ship back on the right course in clear transparent waters." 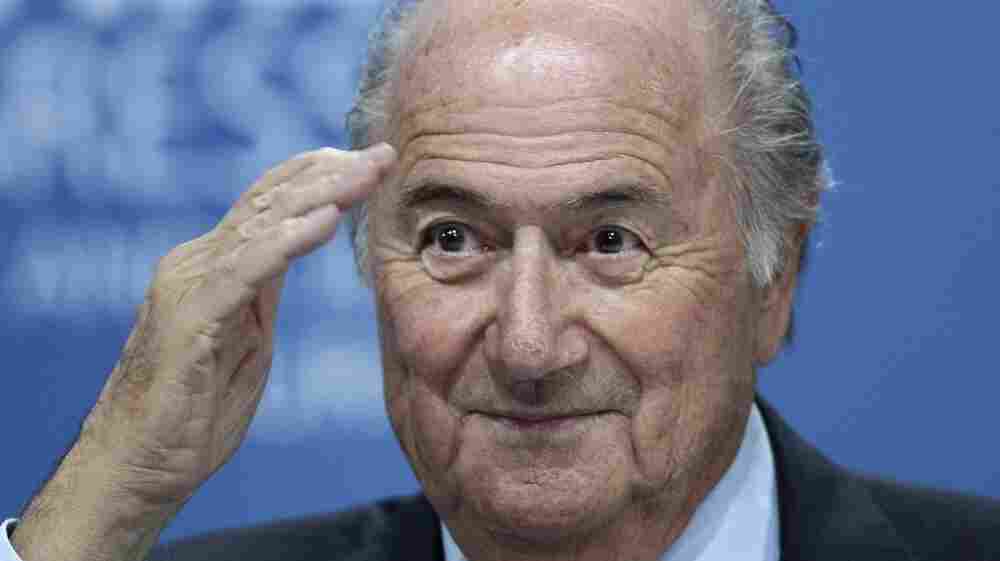 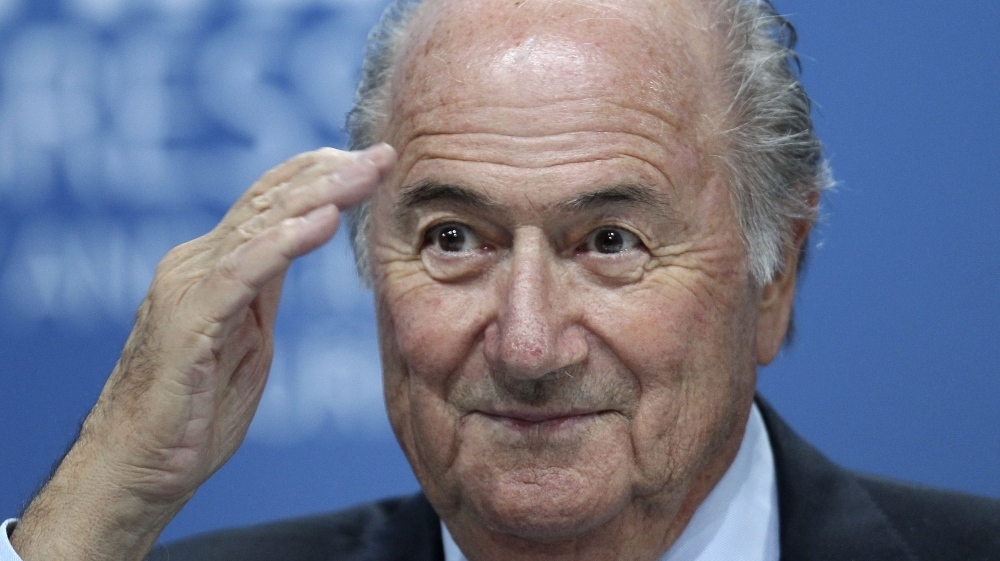 As expected, Joseph "Sepp" Blatter was reelected to a fourth term as president of FIFA. Blatter was running unopposed, but, as we reported yesterday, the English Football Association had called for a delay in the vote, because FIFA, worldwide soccer's governing organization, is embroiled in several ethics scandals.

The Los Angeles Times reports that the delegates at the 61st FIFA Congress in Zurich, Switzerland, first voted against a delay in the vote and then reelected Blatter with a 186-17 vote:

"The election has turned into a one-horse race," [David Bernstein, chairman of England's Football Assn.], said. "Only with a contested election will the winner have . . . a proper, credible mandate. We are faced by an unsatisfactory situation. We are subject to universal criticism from governments, sponsors, the media and the wider world."

But the delegates reacted with what appeared to be an orchestrated attack on England by Blatter supporters that was remarkable for its ferocity. The outpouring of scorn came — almost predictably — from such soccer nonentity nations as Haiti, Cyprus, Benin and the Democratic Republic of the Congo, nations whose delegates are loyal to Blatter.

In case you haven't been following the story, Blatter ran unopposed after Mohamed bin Hamman stepped out of the race right before he and FIFA Vice President Jack warner were suspended. An ethics committee took action after allegations that bin Hamman had set up bribes for 25 presidential voters in the Caribbean, when bin Hamman visited to campaign.

Bloomberg reports on what Blatter told the congress after his reelection:

"We will put FIFA's ship back on the right course in clear transparent waters," Blatter told delegates after the election. "We will need some time: We cannot do it from one day to the next."

Blatter said future World Cups should be selected by all of FIFA's 208 nations, not just the 24 members of its executive. He said many of FIFA's current troubles can be traced back to the process to choose hosts for its flagship event.

"In one of the interventions we have heard it was said we should empower the associations, and I am 100 percent in agreement, and in future the hosting of the World Cup will be decided by the congress," Blatter said. "The executive committee will create a shortlist and make no recommendations, then the congress will decide on the venue."