Accessibility links
Former NPR CEO Vivian Schiller To Be NBC News' Chief Digital Officer : The Two-Way Schiller, who joined NPR in January 2009, resigned after NPR's board of directors concluded that controversies under her watch had become such a distraction that she could no longer effectively lead the organization. 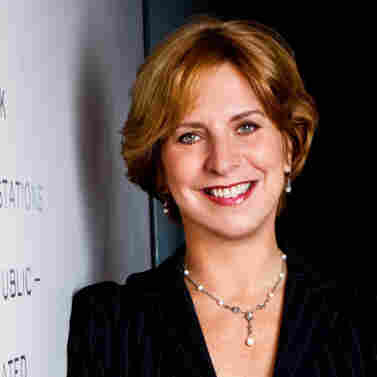 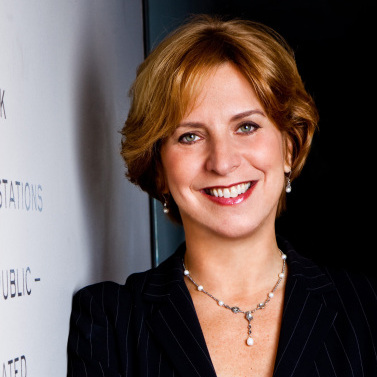 Vivian Schiller, NPR's CEO until controversies led to her departure in March, is joining NBC News to be its chief digital officer, the network just confirmed.

In a statement, NBC said she "will lead the digital strategy for both NBC News and MSNBC."

Schiller, who joined NPR in January 2009, resigned after NPR's board of directors concluded that controversies under her watch had become such a distraction that she could no longer effectively lead the organization. As we wrote when she left:

The controversies in recent months that led to Schiller's departure have given NPR's critics opportunities to accuse it of liberal bias and to push for elimination of any federal funding for public broadcasting:

— Tuesday [March 8], a videotape surfaced of then-NPR fundraiser Ron Schiller (no relation) slamming conservatives and questioning whether NPR needs federal funding. His comments were secretly recorded by men posing as members of a Muslim organization (they were working with political activist James O'Keefe on a "sting").

— Last fall, NPR dismissed news analyst Juan Williams after he said on Fox News Channel (where he was also a paid contributor) that he gets nervous when he sees people in "Muslim garb" on an airplane. Williams went on to say it's wrong to profile or sterotype anyone based on their appearance, but NPR said it was the latest in a series of comments he had made that violated NPR's standards. The handling of his dismissal and the controversy surrounding it ultimately led to the resignation of NPR's top news executive at the time, Ellen Weiss.