Accessibility links
In Yemen: 'Tenuous Truce' Holds; Saleh's Return In Doubt : The Two-Way The Yemeni president underwent surgery in Saudi Arabia, the government there says. Though Yemeni officials say he will come back to his country, many doubt that will happen and many in Yemen are celebrating his departure. 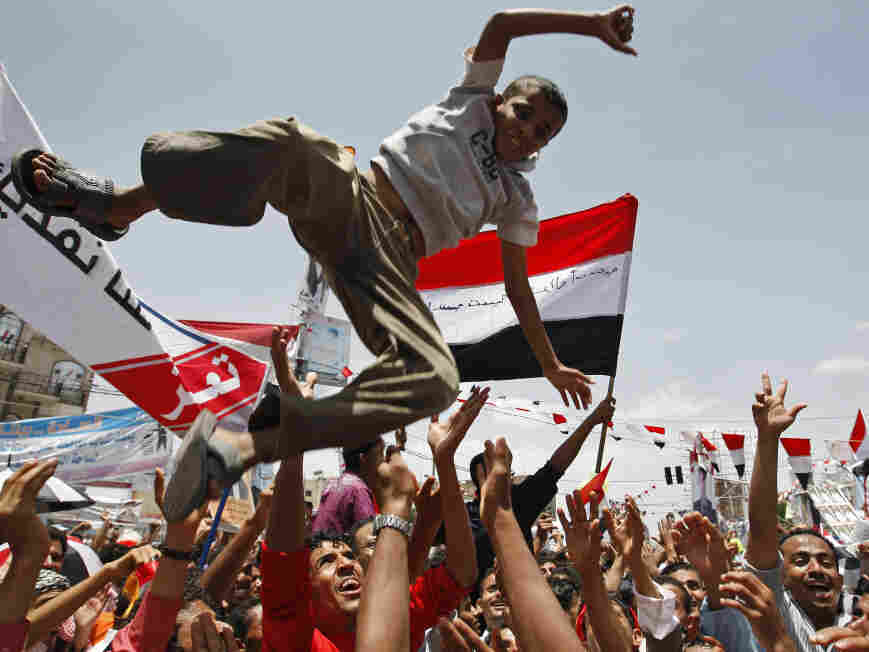 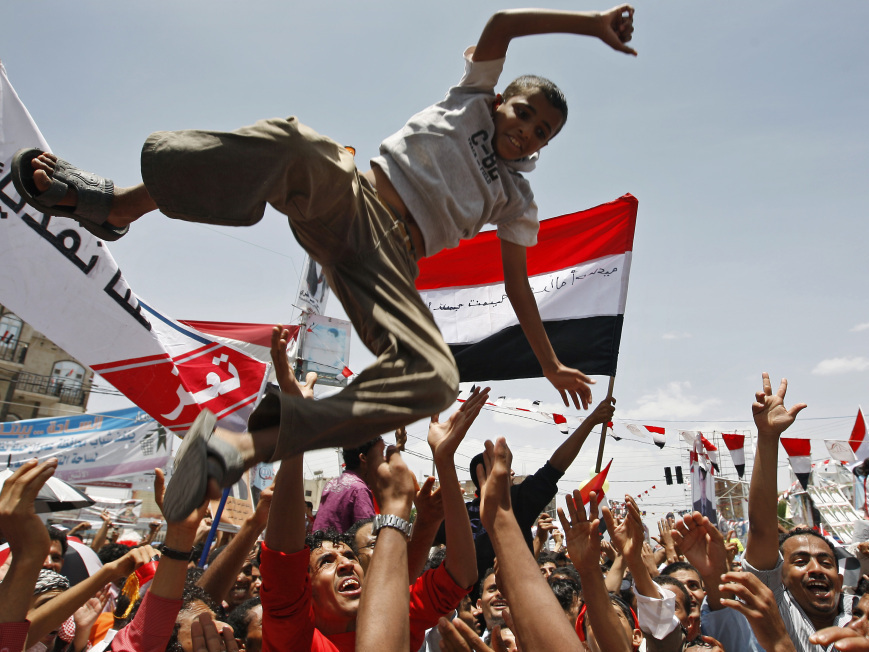 In the capital, Sanaa, on Sunday, some Yemeni anti-government protesters celebrated Saleh's departure.

While there's continued concern that the turmoil in Yemen will give al-Qaida a chance to further embed itself in that country and continue to use it as a staging place for attacks elsewhere, the early reports from there today are that a "tenuous truce" remains in place, as al-Jazeera puts it.

And there's word that the main opposition coalition "will support a transfer of power to Vice President Abduraboo Mansur Hadi after the departure of President Ali Abdullah Saleh to Saudi Arabia," Bloomberg News reports.

What isn't clear, though, is whether Saleh might try to return. He went to Saudi Arabia over the weekend to get medical treatment for the wounds he received on Friday when the presidential palace was shelled by forces loyal to an opposition tribe. The BBC reports that Saleh is recovering from surgery "to remove shrapnel from his chest, Saudi officials say."

Though Yemeni government officials insist Saleh plans to come back, NPR's Jackie Northam reported for All Things Considered over the weekend that Christopher Boucek, a Middle East expert with the Carnegie Endowment for International Peace, says it's unlikely the president will return. He says Saudi Arabia's agreement to offer Saleh medical treatment was conditional.

"I think all of this must be with the understanding that he's not going to go back to Yemen to assume the presidency," Boucek says. "I don't see how he can go back and be president."

And even if Saleh does cede power after more than 30 years as Yemen's leader, the next step will have to be "a delicate negotiation among Yemen's fractious and highly armed tribal and regional factions," NPR's Peter Kenyon tells our Newscast desk.

The Wall Street Journal and several other news outlets are reporting that Saleh's aides in Yemen insist he will be going home after his medical treatments are finished.