Accessibility links
'2,500 Pennies' Guy Adds His Two Cents To The Story : The Two-Way "I didn't at any time yell," Jason West tells a local Utah newspaper. "I didn't go on a rant. I wasn't irate." But he may be fined 14,000 pennies ($140, that is) for paying a disputed medical bill with the coins and allegedly causing a disturbance. 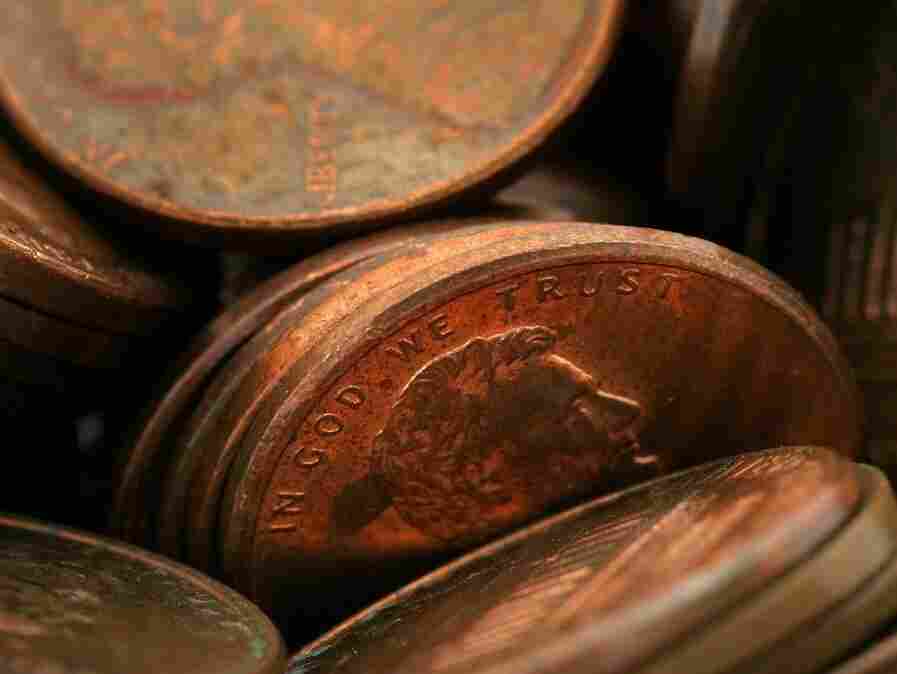 He had many thoughts, and pennies, to share. Tim Boyle/Getty Images hide caption 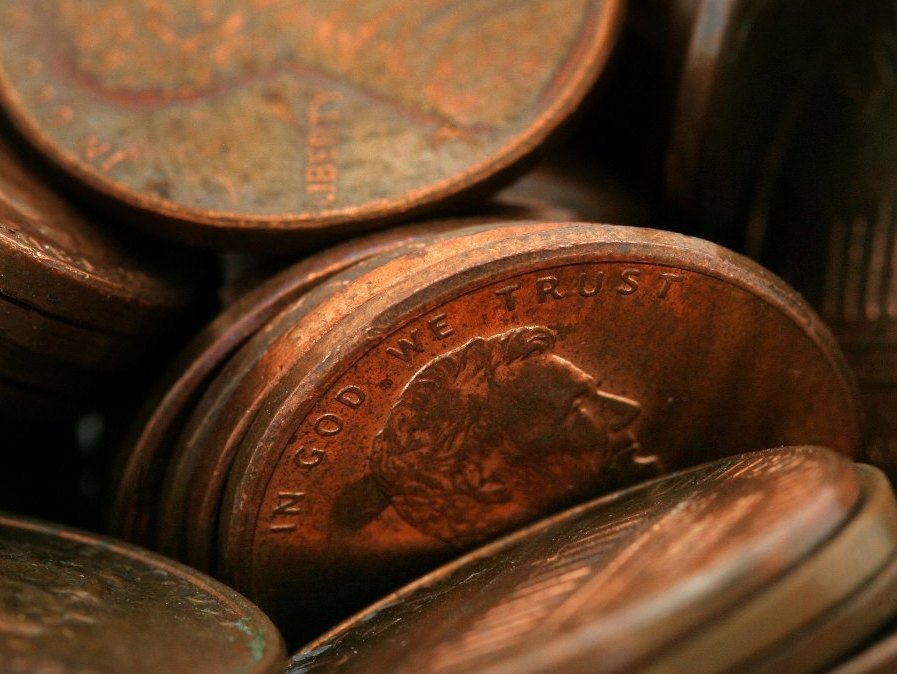 If you haven't heard about this now viral story, West went to a medical clinic in Vernal, Utah, on May 27 to make the case that he'd already paid a $25 bill that the facility was trying to collect.

He'd been going around and around with the clinic about the charge, and had come prepared — with the 2,500 pennies.

You can probably tell where the story's going. The clinic stood its ground. West stood his. Pennies were put on the counter. Some spilled. And a few hours later, West was being cited by local police for disorderly conduct.

Once the local media picked up the story late last week, it started to spread. At first, the news was told from the side of the police and the clinic.

Last Friday's Vernal Express quoted local Police Chief Keith Campbell as saying that the 38-year-old West "dumped 2,500 pennies onto the counter and demanded that they count it. ... The pennies were strewn about the counter and the floor."

Then West weighed in, first via the newspaper's comments thread — where he told a much different story and suggested the newspaper ask for his side of what happened. Then today, the newspaper does just that.

It reports that after discussing the bill and not getting it resolved to his satisfaction, "West maintains that he calmly asked the billing clerk, 'Do you take cash?' "

He claims the woman "very haughtily said, 'Well, yes we do.' "

And that's when he started pouring the pennies on the counter. Some fell on the floor. "That's just the nature of pennies," he told the newspaper. "They're round."

He says he did not demand that they be counted.

As for what's next, West says that if he is found guilty and has to pay the $140 he won't do it with pennies. "I recognize it's a court of law and I have respect for the legal process," he says.

The clinic has not responded to numerous interview requests, according to the Vernal Express.

(By the way, some Two-Way readers may recall the story from back in January about the guy who paid his $14,000+ tuition bill in dollars and change.)