Accessibility links
Reports: Yemeni Leader's Wounds Are Serious : The Two-Way While government spokesmen say the president plans to return to Yemen after receiving medical treatment in Saudi Arabia, opponents hope he will stay away and talks about a transition can begin. 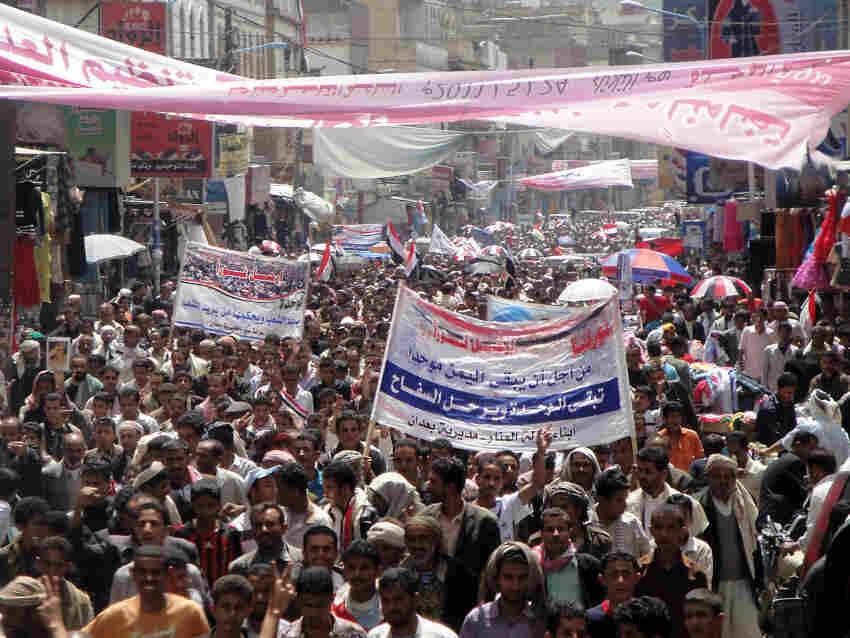 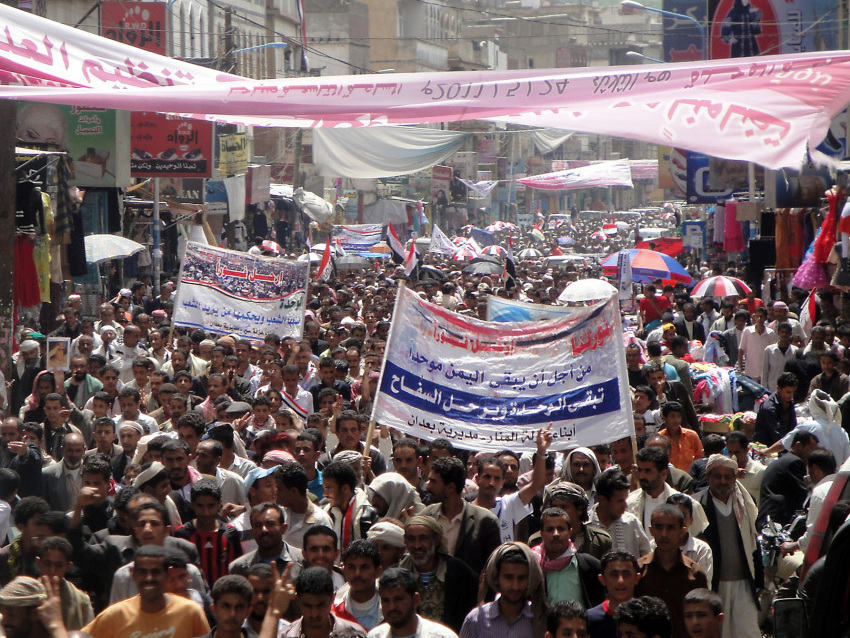 Thousands of Yemeni anti-government protesters demonstrated in the city of Ibb on Monday (June 6, 2011).

We're hearing more this morning about the extent of the injuries that Yemeni President Ali Abdullah Saleh suffered when his palace was attacked on Friday.

"Saleh suffered burns on 40% of his body and a collapsed lung, U.S. government officials briefed on the matter said, as the fate of the embattled leader — and whether he will return to the conflict in Yemen — remains uncertain."

He is in Saudi Arabia, where he has reportedly undergone surgery.

The Guardian says that Saleh "suffered 'extensive' injuries including severe burns ... reducing the chances that he will be able to return home after undergoing treatment in Saudi Arabia. Saleh was said on Monday to be in a stable condition in a military hospital in Riyadh after he was operated on by a Saudi-German medical team for shrapnel wounds to his face, neck and chest."

Al-Jazeera reports that "a coalition of Yemeni opposition parties has offered to talk with the country's vice-president about a political transition, but a high-ranking government source says no dialogue can take place until President Ali Abdullah Saleh returns to Yemen."

As NPR's Jackie Northam has reported, "Saleh's departure set off celebrations in Yemen as protesters have tried for the past four months to oust him from power. But there are concerns his absence could create a power vacuum in a country where al-Qaida has a strong base."