Accessibility links
State Of Emergency In Arizona As Wildfire Spreads : The Two-Way The Wallow Fire has devoured more than 200,000 acres of forest and has spread over an area 365 square miles in size.

State Of Emergency In Arizona As Wildfire Spreads

State Of Emergency In Arizona As Wildfire Spreads 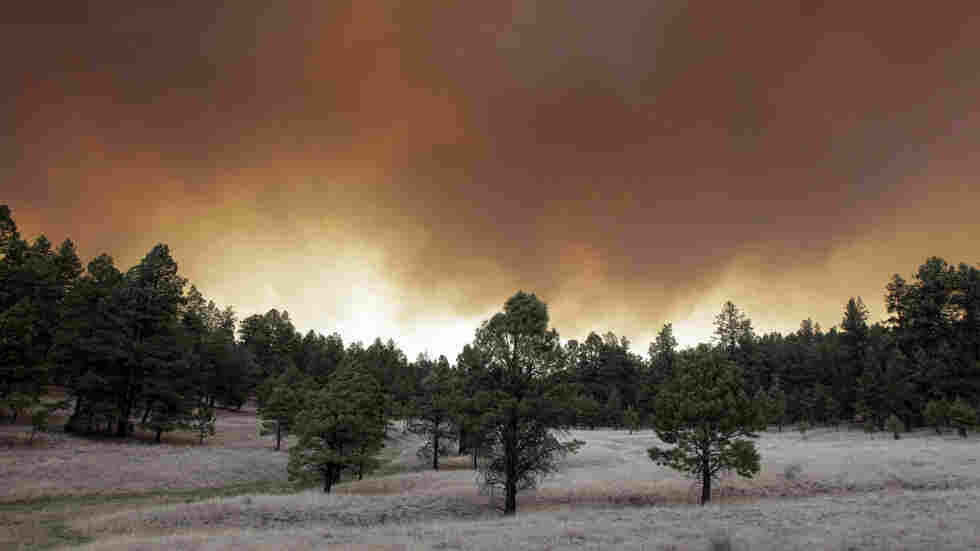 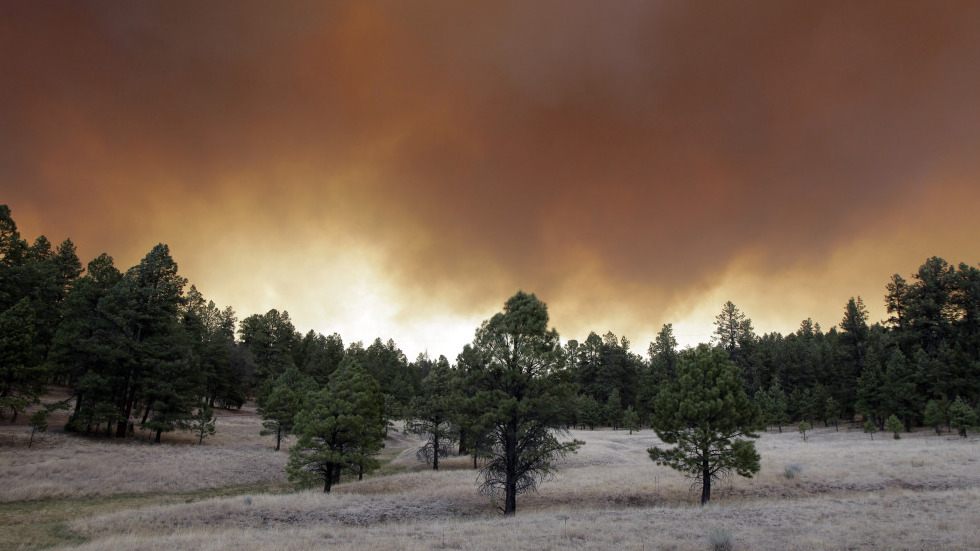 Smoke plumes from the Wallow Fire rose over the Apache-Sitgreaves National Forest near Luna, N.M., on Monday (June 6, 2011).

A massive blaze continues to spread across part of northeastern Arizona, "devouring thousands more acres of forest" and forcing more evacuations from communities in its path, the Arizona Republic writes. Smoke is drifting over neighboring states and has been detected as far away as Iowa.

The newspaper adds that "Gov. Jan Brewer [R] declared a state of emergency for the area and ordered the state's emergency-operations center into action."

The Republic has an interactive graphic showing the fire's spread, and FAQs about the inferno posted here. Fire officials believe, the Republic says, that "an unattended campfire may have sparked the blaze about 1:30 p.m. May 29."

"The 365-square-mile Wallow fire has been burning for more than a week. Firefighters have managed to keep the flames from homes in some of the resort towns that have been evacuated, but the fire continued to march north Monday with the help of winds that gusted to more than 60 mph. ...

"So far, the flames have destroyed five buildings and have scorched more than 233,000 acres of ponderosa pine forest after nearly doubling in size since Saturday. No serious injuries have been reported."