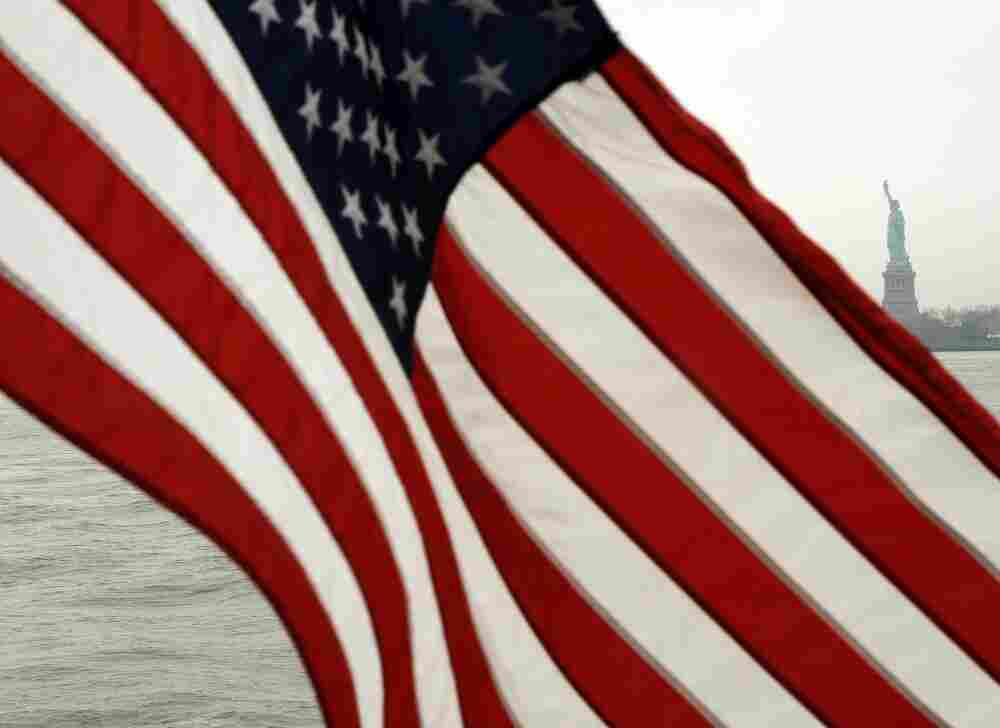 The American Flag blows in the wind off the back of the Ellis Island/Liberty Island Ferry with the Statue of Liberty in the background. Timothy A. Clary/AFP/Getty Images hide caption 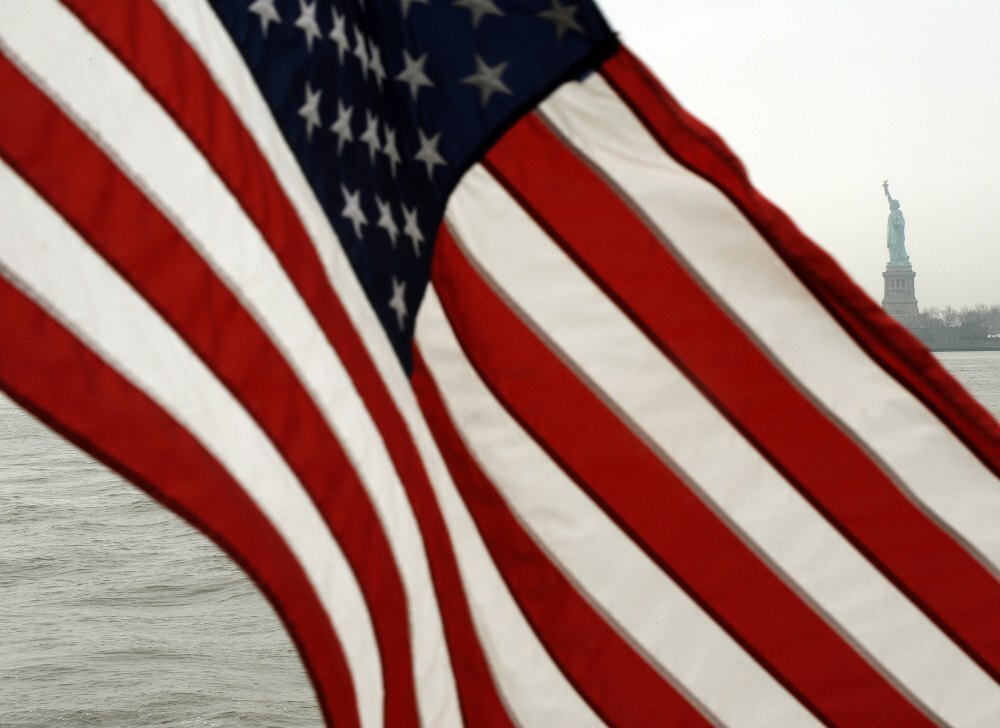 The American Flag blows in the wind off the back of the Ellis Island/Liberty Island Ferry with the Statue of Liberty in the background.

Back in January of 2010, Goshen College, a small liberal arts school in Indiana, decided to allow its college's Athletic Department to play an instrumental version of the Star-Spangled Banner before sporting events.

But yesterday, reports the Chronicle of Higher Education, in "response to complaints from students, faculty members and alumni," the school's board of directors barred the practice.

In a press release, the board said it was a tough decision that took a lot of discussion. Even so, the board acknowledged it was bound to be a controversial one. Goshen is a ministry of the Mennonite Church USA, but the church, the press release noted, does not have a policy on the national anthem.

"Goshen College has been and remains a ministry of Mennonite Church USA with an enduring peace tradition," Carlos Romero, executive director of the Mennonite Education Agency said in a statement. "The Board's decision reflects a belief that faith and honoring country can co-exist without disturbing higher allegiances to God and that Goshen College will become increasingly diverse and will welcome diverse viewpoints."

The board has asked the school's president to find an alternative to playing the national anthem.

The Chronicle of Higher Education reports the school first changed its policy to be more welcoming to visiting teams, "but the decision sparked resistance from some who believe the hymn glorifies war and distracts from the college's Christian values."