Accessibility links
Building Literacy Is Key To Building Afghan Army, U.S. General Says : The Two-Way "If all you want to do is tear something down, like the Taliban, then you don't have to have any kind of literacy level. If you're trying to build something up ... you're going to have to instill literacy," says Lt. Gen. William Caldwell. 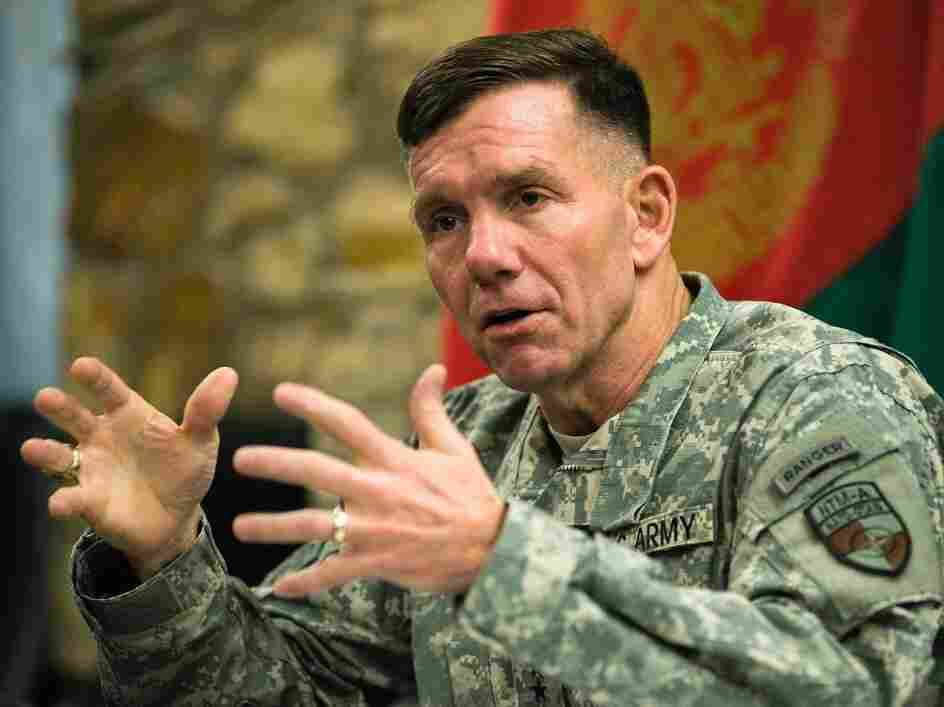 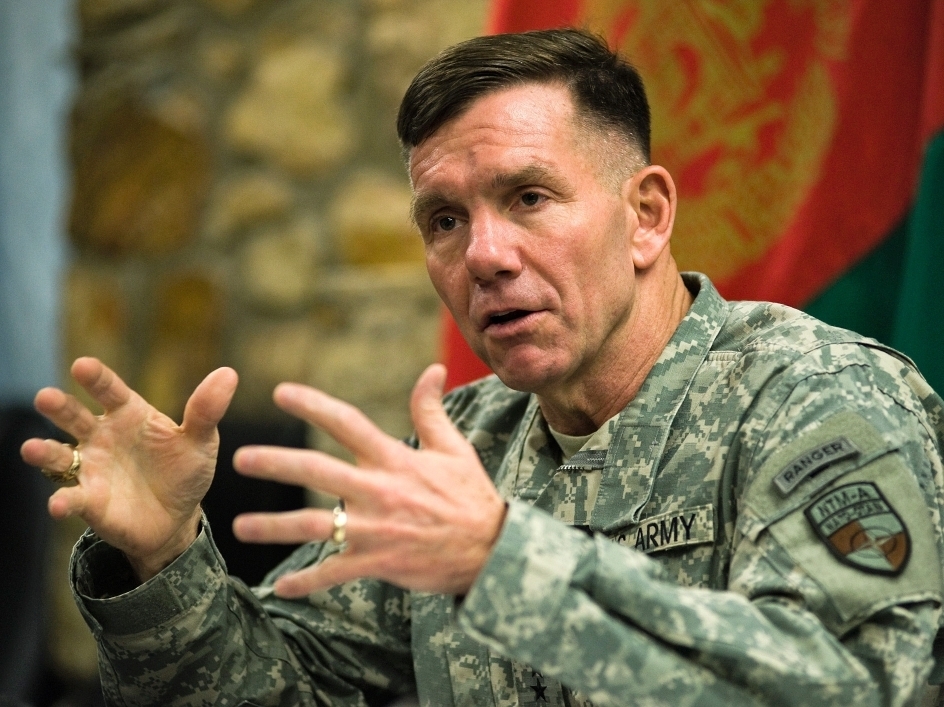 The U.S. and its allies are increasingly finding that one of the keys to building the Afghan Army is teaching its soldiers and officers to read and write, says the American general in charge of that training.

Lt. Gen. William Caldwell tells Morning Edition host Renee Montagne that "if all you want to do is tear something down, like the Taliban, then you don't have to have any kind of literacy level. If you're trying to build something up and sustain it, then you're going to have to instill literacy into the force." Basic things such as being able to measure and read instructions are as important as anything else to that ability to build, the general adds.

Since 2010, Caldwell says, the U.S. and its partners have been focusing on literacy. "We've trained over 90,000 young men and brought them to a level of literacy that they never would have had the opportunity for had their country existed as it was."

It's to the point now, he says, where a large number of young Afghan recruits say they're joining the army "for the opportunity to learn to read and write."

Caldwell is at the center of the plan to begin withdrawing U.S. combat forces from Afghanistan starting next month — while a large number of trainers and advisers stay behind. Much more from his conversation with Renee is scheduled to be on Wednesday's broadcast of Morning Edition. Click here to find an NPR station that broadcasts or streams the show. After it airs, we'll add the as-broadcast version of the interview.