Accessibility links
Killing Camels Could Cut Australia's Greenhouse Gases, Study Says : The Two-Way There are an estimated 1.2 million wild camels in Australia and each one produces about 100 pounds of methane a year. A government report suggests giving hunters carbon credits that they could then sell. 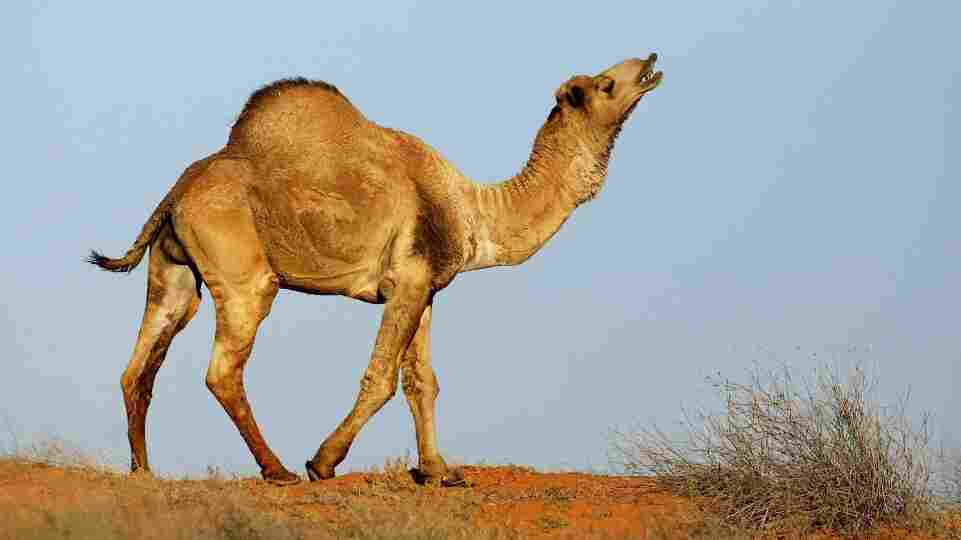 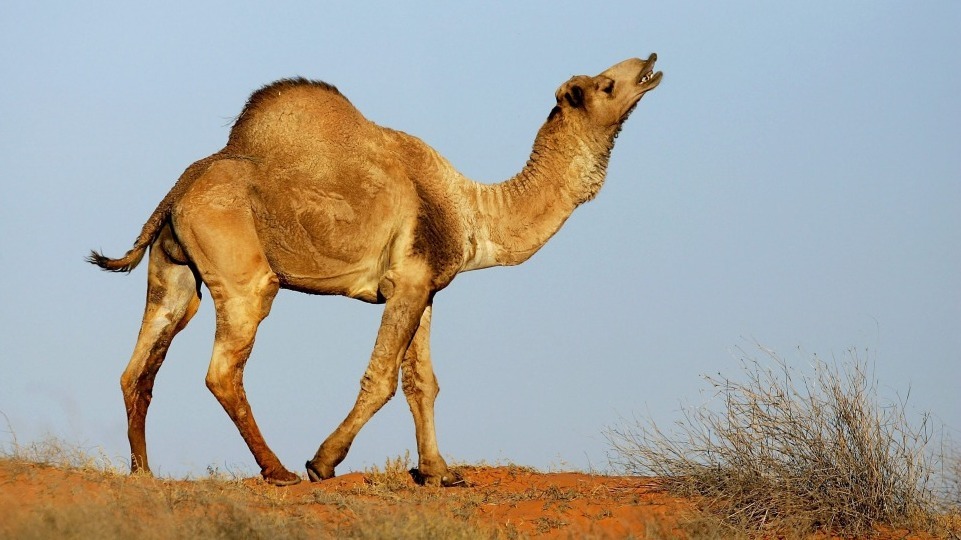 As scientists and environmentalists in Australia search for ways to reduce that nation's greenhouse gas emissions, some have suggested killing many of the estimated 1.2 million wild camels that now roam there.

We have to confess to not knowing that: a) there are 1.2 million feral camels in Australia and that the population is expected to reach 2 million by 2020; and b) that they are major contributors to the emission of greenhouse gases.

But the Australian government's Department of Climate Change and Energy Efficiency has released a long study on the issue.

Apparently, a camel produces an estimated 100 pounds of methane a year, which is about the same as 1.1 ton of carbon dioxide in terms of the greenhouse gas emissions. In addition, the report says, they are trampling and eating all sorts of vegetation. 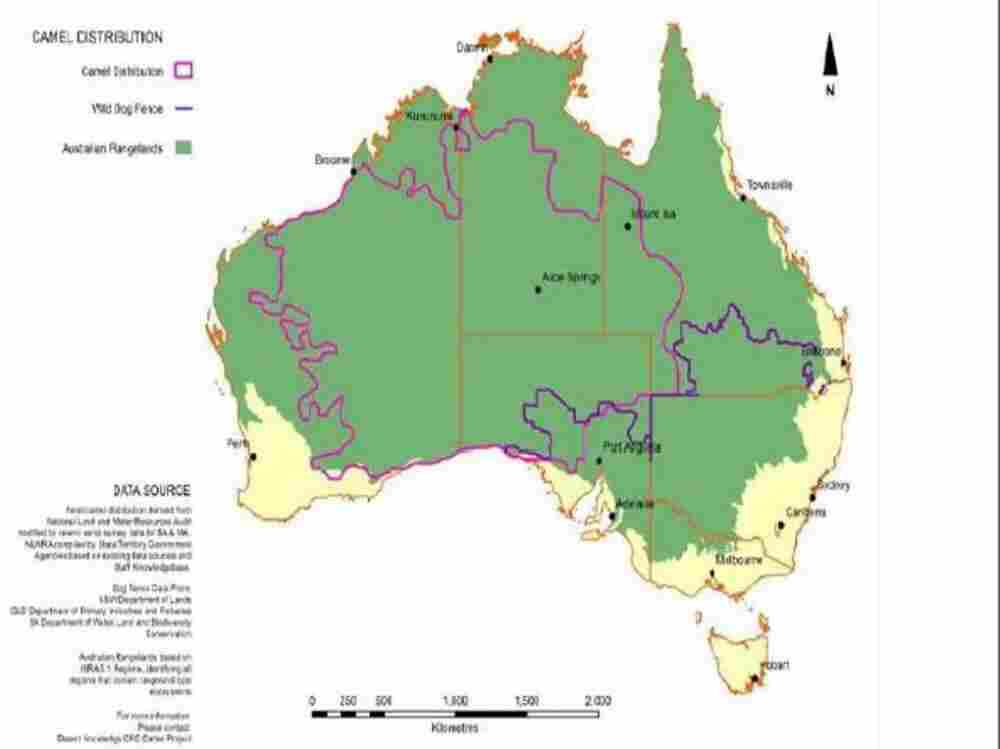 The lighter purple line is the area in which camels roam over Australia. Australian Dept. of Climate Change and Energy Efficiency hide caption 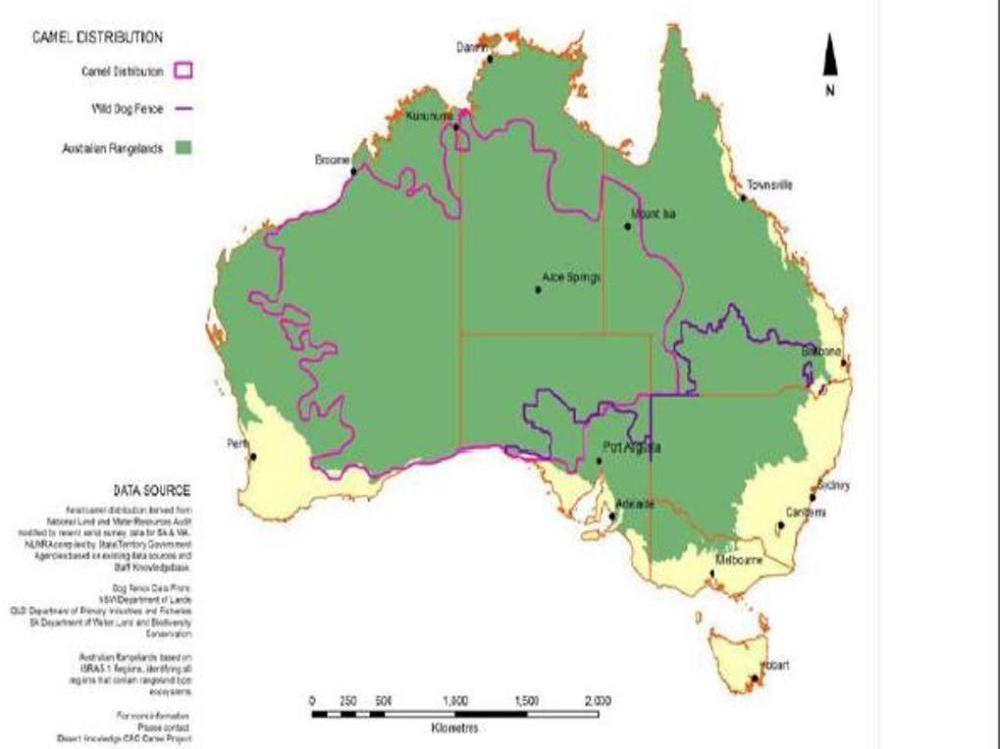 The lighter purple line is the area in which camels roam over Australia.

As for why there are so many camels in Australia, the AP says they were "introduced in the 1840s to help explorers and pioneers travel through Australia's arid interior." Australia now has more camels than any other country in the world, AP adds.

And what does the report suggest be done? Sharpshooters, AP says, "could earn so-called carbon credits for slaughtering camels. Industrial polluters around the world then could buy the credits to offset their own carbon emissions."