Accessibility links
Rep. Peter King Plans To Hold New Hearing On Muslim Radicalization : The Two-Way The New York Republican, who caused controversy with a hearing in March, said this time the House committee will look at radicalization in prisons. 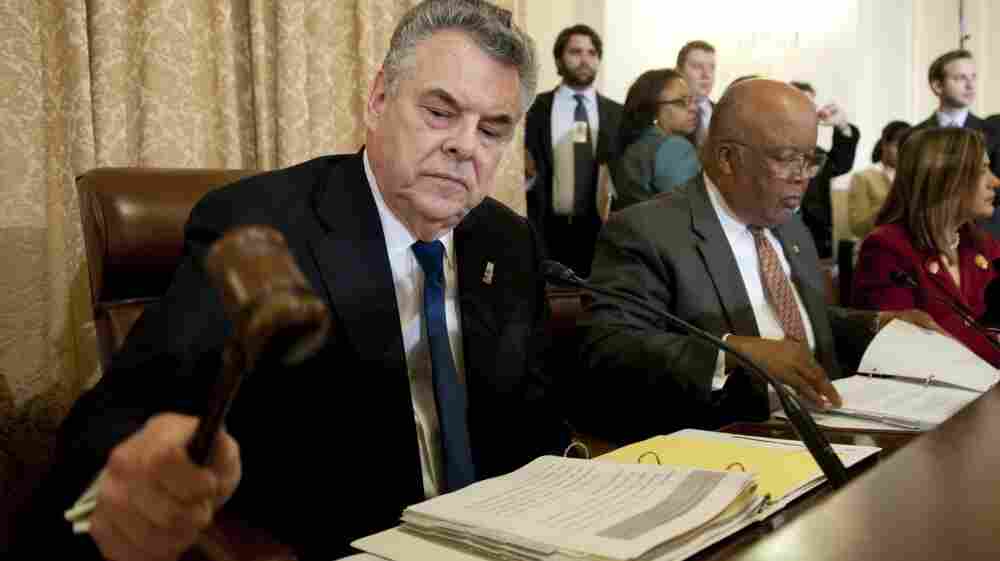 Republican Rep. Peter King of New York, chairman of the House Committee on Homeland Security, gavels to order the first in a series of hearings on radicalization in the American Muslim community. Saul Loeb/AFP/Getty Images hide caption

The hearing, which some detractors compared to Joseph McCarthy's anticommunist witch hunts in the '50s, was dramatic and emotional.

Today, The Wall Street Journal reports, King announced he plans to do it all over again:

In a statement, the New York Republican said the hearing will "focus on a number of serious cases in which radicalized current and former inmates have planned and launched attacks or attempted to join overseas Islamic terrorist organizations.''

The AFP reports that the new hearings will take place June 15.