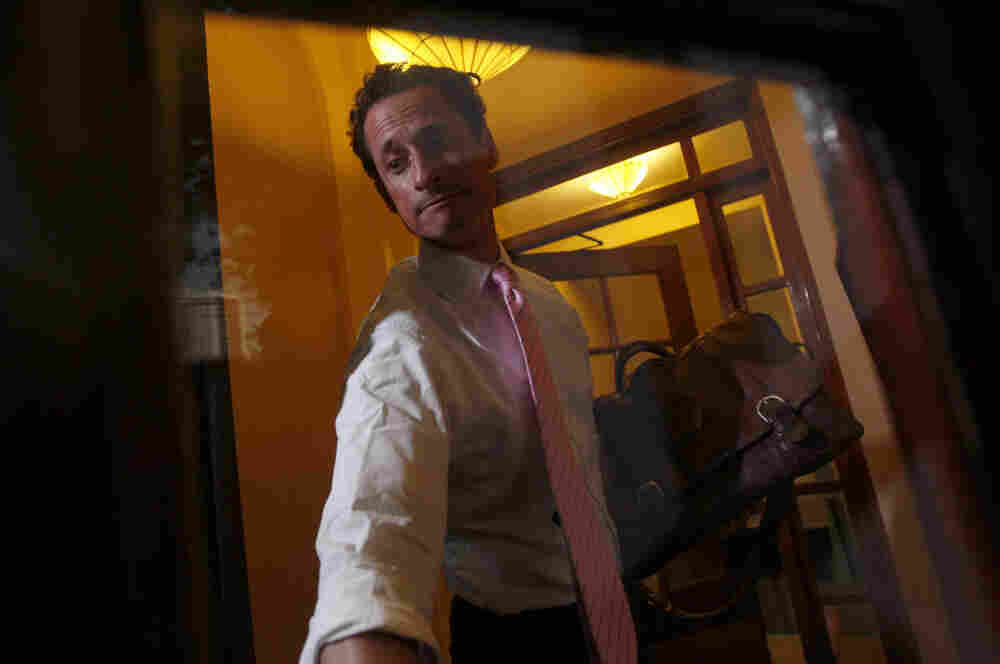 On tonight's All Things Considered, NPR's science correspondent Shankar Vedantam takes on a subject we've been covering quite a bit lately: Powerful people caught up in sex scandals.

But Shankar wanted to get at a question that's been the talk around the water cooler: Why does it seem that the one embroiled in a sex scandal is always a person in power and always a guy?

Just take a listen to this montage of mea-culpas from leading politicians:

Shankar took to the streets of Washington D.C. and asked a few people who they thought would be more likely to be involved in a sex scandal? Brendan McNamara, a legal assistant, and Debbie Wilcox, a visitor from Canada, replied, men.

But science, Shankar found, tells us that what determines whether someone is more prone to a sex scandal isn't gender, but power.

He spoke to Joris Lammers, an assistant professor at Tilburg University. He recently conducted a survey that asked more than 1,000 professionals to describe whether they worked in positions of power.

Then he asked whether they had ever committed adultery or ever foresaw that they would engage in an adulterous relationship.

"Yeah, we found the effects, in both men and women — the more they have power, the more likely they are to engage in infidelity," Lammers said.

Lammers found that the most powerful people in the survey were 30 percent more likely to have affairs.

Lammers told Shankar about preliminary research that looks at why power might increase the chance of infidelity. Lammers cited research that scanned people's brains and gave them a fleeting sense of power and found the way they view risks and rewards changes.

"You can see the brain structure associated with positive things, with rewards, is just much more activated than the part that is steered toward preventing the bad things from happening," Lammers said.

Perhaps one of the more interesting studies Shankar found was from Jon Maner at Florida State University. He conducted an experiment in which he sat heterosexual students next to a student of the opposite sex. Maner found that when he gave students a brief feeling of power, they were more likely to start flirting with the stranger sitting next to them.

"I don't think this is going to be limited to powerful politicians or CEOs of big companies by any means," said Maner. "I think this can happen in everyday social interactions. In fact, in our own research, just giving people power over a small amount of money in a short laboratory interaction was enough to elicit this overestimation of sexual interest."

That last part of what he said is really interesting. Here's how Shankar breaks it down:

Volunteers with the power believed their lab partners were acting in sexual ways even when they were not, Maner said. In other words, when you say "hello" to someone, an ordinary person thinks you said hello. A powerful person thinks you meant helllloooooo.

Tune into All Things Considered on your local member station to listen to Shankar's story. We will post the audio, here, later tonight.