Accessibility links
Story Of Syrian Blogger Made Up By American Man : The Two-Way The person behind the "Gay Girl In Damascus" blog came forward after purported arrest drew scrutiny.

'Gay Girl In Damascus' Turns Out To Be An American Man

'Gay Girl In Damascus' Turns Out To Be An American Man 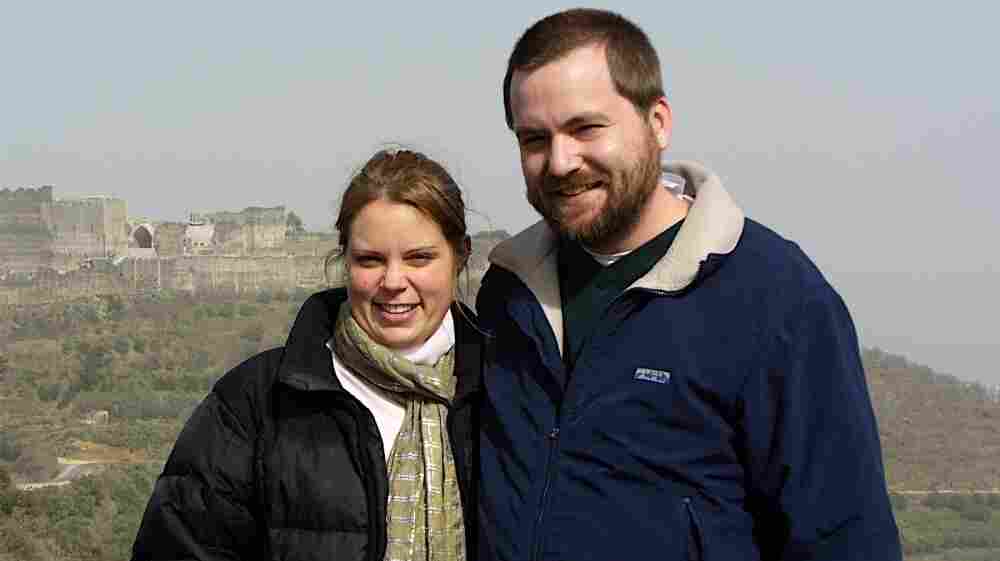 Tom MacMaster and his wife Britta Froelicher. This picture was in a Picasa album titled "Syria/It's THE BEST!" This picture was is in the same album that contained the nine pictures Amina Araf sent to a friend. Picasa hide caption 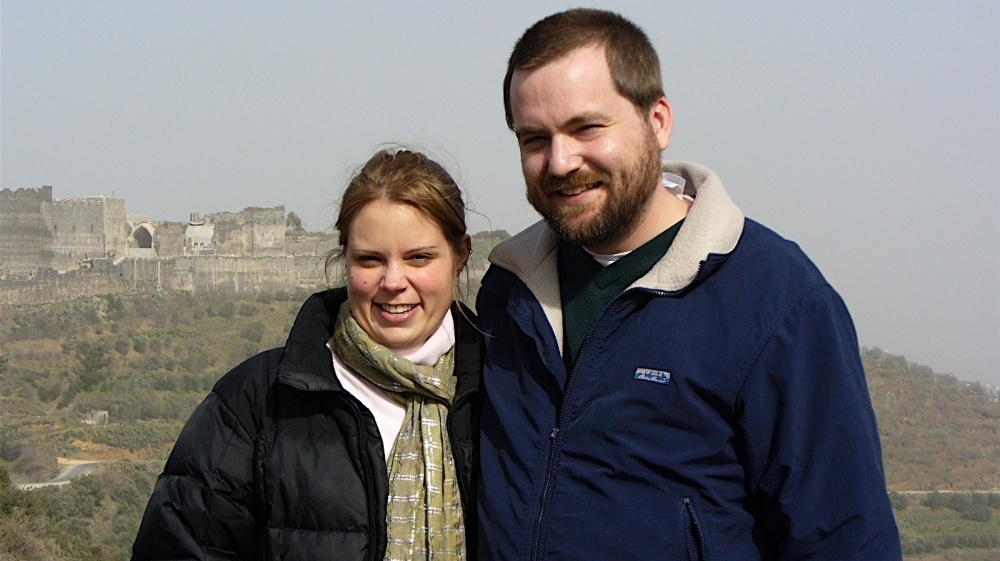 Tom MacMaster and his wife Britta Froelicher. This picture was in a Picasa album titled "Syria/It's THE BEST!" This picture was is in the same album that contained the nine pictures Amina Araf sent to a friend.

Over the last several months, Amina Arraf, a blogger who said she was Syrian-American and went by the name Gay Girl In Damascus, captured the world's attention. Her blog caught on just as the protests against President Bashar al-Assad of Syria became widespread and the crackdowns more violent.

On June 6, it all came to a screeching halt when Amina's cousin declared on the blog that Amina had met the fate of many bloggers in authoritarian regimes: Assad's police had taken her into custody. Whether she was alive or dead, no one knew.

As soon as "Free Amina" groups popped up on Facebook and the State Department began looking for her, the story began to seem a lot like fiction. No one had ever talked to Amina. The Guardian published a profile of her June 7 that included a picture they soon found out wasn't Amina but of a Londoner called Jelena Lecic. The biographical details in her blog posts did not check out. Amina Arraf couldn't be found in any public records in Georgia or Virginia and the names of her father and mother also turned up nothing.

Today, the Gay Girl In Damascus blog ended the mystery, posting an apology that revealed Amina was in fact the work of Tom MacMaster, an American from Georgia whose university records show is in a medieval studies graduate program at the University of Edinburgh in Scotland.

On the blog, he wrote:

I never expected this level of attention. While the narrative voıce may have been fictional, the facts on thıs blog are true and not mısleading as to the situation on the ground. I do not believe that I have harmed anyone — I feel that I have created an important voice for issues that I feel strongly about.

The revelation came hours after NPR approached Britta Froelicher, his wife, with some evidence that connected her with Gay Girl In Damascus. Other news organizations appeared to be zeroing in on the couple, too. Over the past week, we've been talking to people who kept in contact with "Amina." Some of them had been in contact with this online persona for as long as five years. 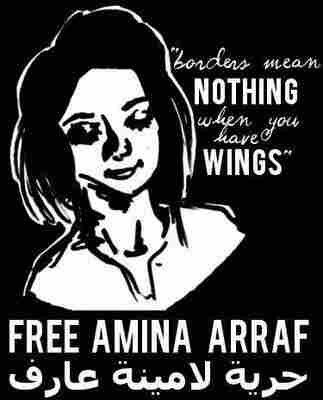 A digital poster that was distributed across the Web after the Amina was allegedly arrested in Syria. via Facebook hide caption

We obtained hundreds of emails from a Yahoo! group called thecrescentland that was administered by the online persona. The group has since been removed. One of the people on that list, however, provided us with a mailing address the online persona had given them. The website The Electronic Intifada connected the address with the owner Tom MacMaster.

Sandra Bagaria provided us pictures that Amina had sent her during their six-month friendship in which they exchanged some 500 emails. We found that nine of them matched pictures uploaded by Froelicher in 2008 to a public album that has since been made private.

The only difference we found in the photo data was that the pictures posted to Picasa were edited using the photo editing program iPhoto, whereas the pictures sent to our source appeared to be the originals from the digital camera.

Many of the details in the emails also corresponded with MacMaster's life. In his emails to the Yahoo! group for example, Amina shared detailed observations of Edinburgh and a great deal of knowledge of the Atlanta area. In other emails Amina wrote about getting a post graduate degree at the University of Edinburgh.

Another clue came from Paula Brooks, the executive editor of a lesbian news site called LezGetReal. Amina began blogging on her site before she started her own blog. Brooks told us she confronted Amina at first, because the IP address that came up when she accessed the LezGetReal site traced back to Edinburgh, not Syria, where Amina said she was.

Amina told her through email that she used a proxy. Brooks accepted that explanation until this story started breaking. Late last week, she checked her server logs and found that the IP address was from Edinburgh all 135 times Amina logged in. That is highly unusual if one uses a proxy.

Froelicher told us by email that the she and her husband were on vacation. She pointed us to the statement on the blog, which they published a few minutes after emailing NPR.

"We are on vacation in Turkey," she wrote, "and just really want to have a nice time and not deal with all this craziness at the moment."

In interviews with Washington Post, before the announcement was put on the blog, MacMaster denied any involvement with the blog:

"Look, if I was the genius who had pulled this off, I would say, 'Yeah,' and write a book," said MacMaster, reached in Istanbul, where he is vacationing with his wife, a graduate student working on a PhD in international relations.

On the blog, MacMaster said he created Amina to illuminate the story of the Middle East for a western audience. In a lot of ways, the accessibility of the blog was likely the reason it got so much attention. Since February, it has been filled with posts that are dramatic and compelling and full of action. Amina had love interests and a father with failing health. She was a gay woman living in a country where being gay is illegal. She was a girl with close ties to the Assad regime but with heartfelt sympathy for the aspirations of an oppressed people. She spoke against Assad and his iron fist with literary flair and with an unflinching and courageous tongue.

"I only hope that people pay as much attention to the people of the Middle East and their struggles in this year of revolutions. The events there are beıng shaped by the people living them on a daily basis. I have only tried to illuminate them for a western audience," wrote MacMaster on the blog.

"This experience," he continues, "has sadly only confirmed my feelings regarding the often superficial coverage of the Middle East and the pervasiveness of new forms of liberal Orientalism."