Accessibility links
Have You Ever Heard 'The Hum?' : The Two-Way Folks in the little English village of Woodland say a mysterious low frequency noise is driving them crazy. "The Hum" has supposedly been heard in other places around the world. Aliens? Ghosts? Pranksters? All theories welcome.

"According to sufferers," the BBC writes, "it is as if someone has parked next to your house and left the engine running. The Hum is a mystery low frequency noise, a phenomenon that has been reported across Britain, North America and Australia in the past four decades." 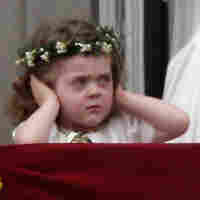 Now, folks in Woodland, a little village in England's County Durham, say they're hearing The Hum. One local resident, 57-year-old Marylin Grech, tells The Telegraph that "it vibrates through the house. We've turned all the electricity off in the house and we can still hear it, so it's not that. ... It's not tinnitus, that's a high pitched sound and this is very low. If I put my fingers in my ears it stops, so I know it's not in my head."

Many possible explanations have been offered. "Gas pipes, power lines, traffic, factories, pylons or mobile phone masts" have been blamed, The Telegraph says.

Way back in 2004, The Guardian reported that some scientists thought The Hum might be caused by rough water that "sets the Earth's crust shaking. ... The sound is probably caused by the conversion of storm energy to oceanic waves, which interact with the shape of the ground at the bottom of the sea." 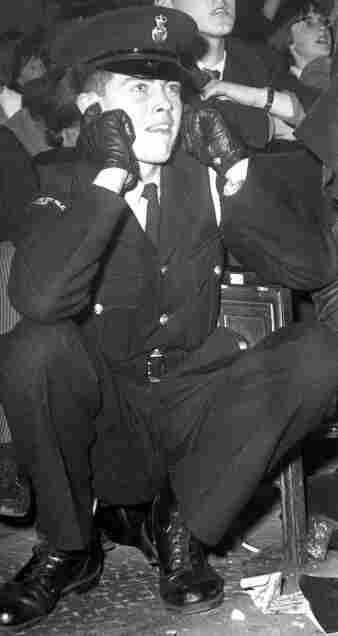 To be fair, this guy was at a 1963 Beatles show. So his ears were probably humming later. AP hide caption 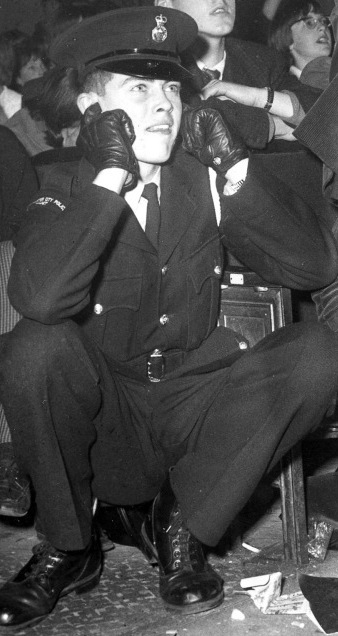 To be fair, this guy was at a 1963 Beatles show. So his ears were probably humming later.

Some think it's just over-sensitive ears.

Now, we realize the Hum has been in and out of the news for years.

It's made it on to the website of the New Mexico Tourism Department because of the "Taos Hum" that's been reported there. (More on that at the website of Unsolved Mysteries; and it was reported about on Weekend Edition way back in 1993.)

There are often reports of a Hum in Hawaii.

The X-Files supposedly mentioned it, though we can't find a solid reference to exactly how the show approached the subject (if anyone knows, tell us in the comments thread).

In 2006, All Things Considered reported about The Hum in Auckland, New Zealand and an engineering professor's unsuccessful quest to find its origin.

All of this makes us wonder: