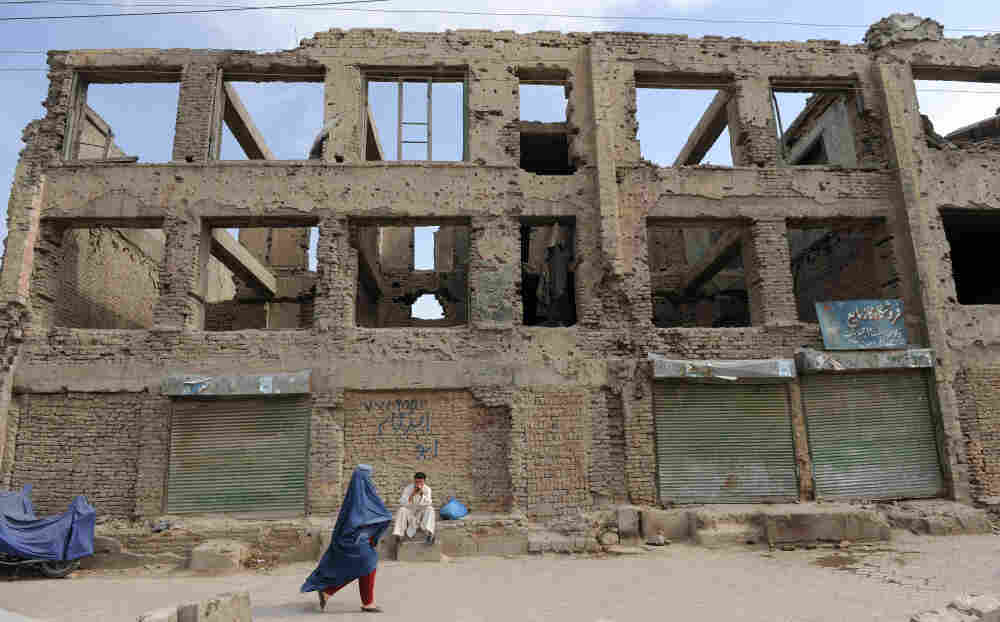 A burqa-clad Afghan woman walks past the ruins of a building destroyed during the civil war in Kabul. This picture was taken June 13. Shah Marai/AFP/Getty Images hide caption

A Thomson Reuters Foundation poll that surveyed 213 gender experts from five continents found that Afghanistan is the worst place for women. The Democratic Republic of Congo and Pakistan ranked second and third.

"In addition, women who do attempt to speak out or take on public roles that challenge ingrained gender stereotypes of what is acceptable for women to do or not, such as working as policewomen or news broadcasters, are often intimidated or killed," she added.

The poll asked 213 experts from five continents to rank countries on issues like overall perception of danger, access to healthcare, violence, cultural discrimination and human trafficking.

Somalia ranked No. 5 in the survey, but Reuters reports that Maryan Qasim, Somalia's exiled women's minister, was "astonished."

"I'm completely surprised because I thought Somalia would be first on the list, not fifth," Qasim told Reuters. Reuters adds that Qasim said Somalia is a "living hell" for women:

The constant risk of getting shot or raped, the lack of education and healthcare and practices like female genital mutilation make women's lives unbelievably hard, she said.

"If I was asked where is the most dangerous place to be a woman I would have said with certainty Somalia," she told the Foundation during a trip to London.

The poll, reports The Telegraph, was conducted by TrustLaw, a legal news service run by the Thomson Reuters Foundation.