Accessibility links
Weiner To Announce His Resignation From Congress : The Two-Way The New York Democrat's once-bright political career imploded after a lewd photo he sent via Twitter to a college coed was posted online over Memorial Day weekend. That led to revelations that have ultimately forced him from office. He is expected to announce his resignation at 2 p.m. ET. 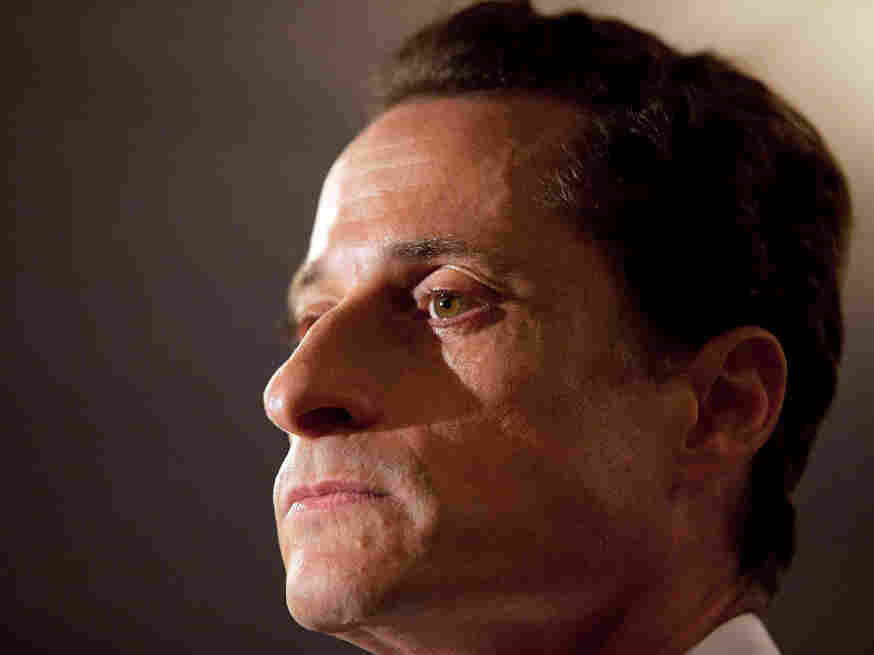 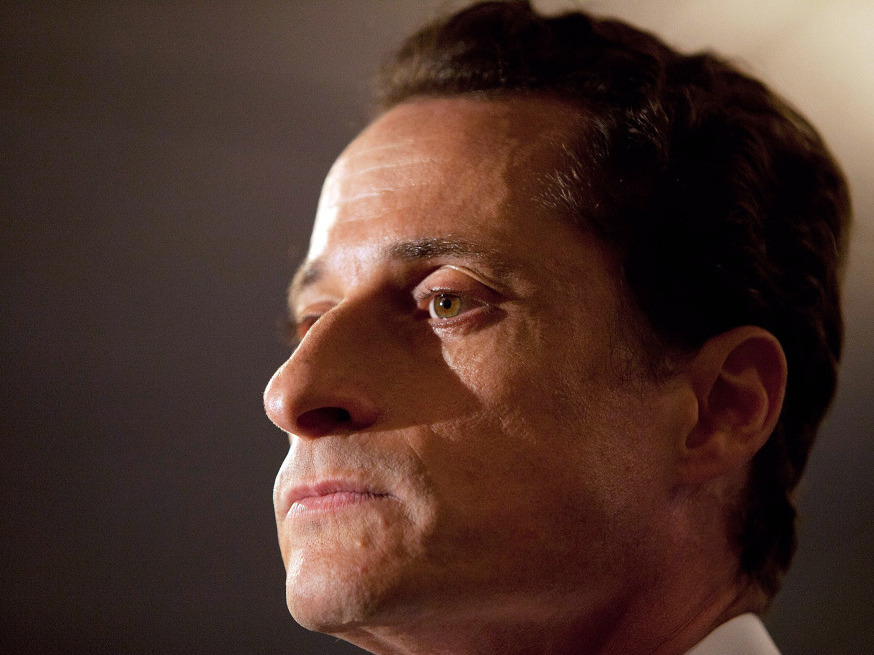 The news broke a short time ago when The New York Times sent out an alert that Weiner "has told friends that he plans to resign his seat." It cited "a person told of Mr. Weiner's plans" as its source.

CNN followed with confirmation from its own sources. And The Associated Press reports it has been told by sources that "Weiner is telling associates he will resign." ABC News says it has been told that Weiner informed House Minority Leader Nancy Pelosi of his decision last night.

[Update at 10:50 a.m. ET: House Minority Leader Nancy Pelosi (D-CA) just told reporters gathered for her regular weekly news conference that she would not be taking any questions about Weiner. "My understanding is that later in the day he will be having a press conference," she said, "and after that I will have a statement available." She said on Monday that it was in Weiner's best interest "to leave Congress."]

[Update at 10:25 a.m. ET: NPR's David Welna reports he has confirmed that Weiner told Rep. Steve Israel (D-NY) last night that he intends to resign today. An announcement is expected this afternoon in New York City, around 2 p.m. ET.]

Weiner's once-bright political career imploded after a lewd "crotch shot" photo he sent to a college coed via Twitter was posted online over Memorial Day weekend. The image, a waist-high close-up of an obviously aroused man in his briefs, first appeared on the BigGovernment.com website of conservative activist Andrew Breitbart.

In subsequent days he insisted he had not sent the photo, but also conceded that he could not say with "certitude" that the image was not of him.

Reporters kept digging — and during one now infamous exchange Weiner called a CNN correspondent a "jackass" for pressing him on the story.

Then more photos, of a shirtless Weiner, appeared.

On June 6, he confessed, saying he had lied about not sending the photo. He admitted to having "inappropriate conversations" over social media and on the phone with "six women over the last three years."

But Weiner, in his seventh term, said he would not step down from office. He had done nothing illegal and had not misused government property, the congressman claimed.

Rep. Nancy Pelosi, Democratic leader in the House, called for an ethics investigation. Other members started to push Weiner to leave office. As more photos surfaced and some of the women who he had exchanges with started to talk, the pressure built. It was reported that Weiner's wife, Huma Abedin, is pregnant.

The congressman did not change his mind — but did request, and was given, a leave of absence from the House to seek treatment of some nature.

Then Monday night, President Obama was seen on the NBC Nightly News saying that "obviously what he did was highly inappropriate. ... I can tell you that if it was me, I would resign."

Coming from the leader Weiner's party and the leader of the nation, it was a powerful message.

Wednesday, Abedin returned to Washington from an overseas trip with Secretary of State Hillary Rodham Clinton (for whom the congressman's wife has worked for many years). Speculation built that with the pressure from the leaders of his party and the return of his wife, Weiner would give in and resign his seat.

Now, according to reports, the congressman has decided to do just that.