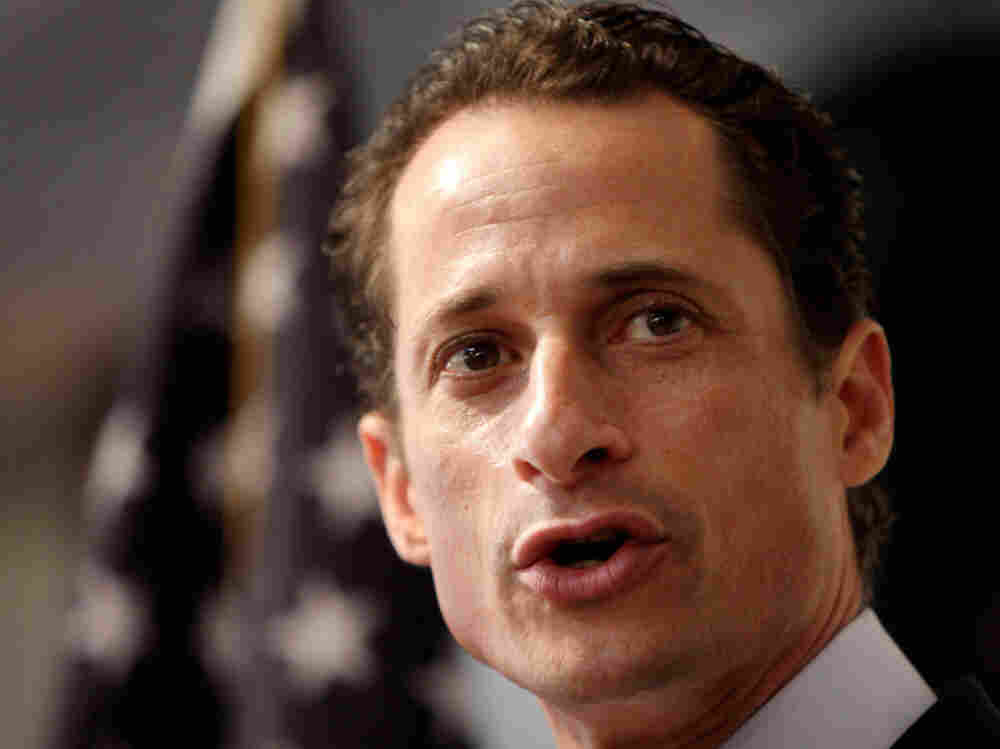 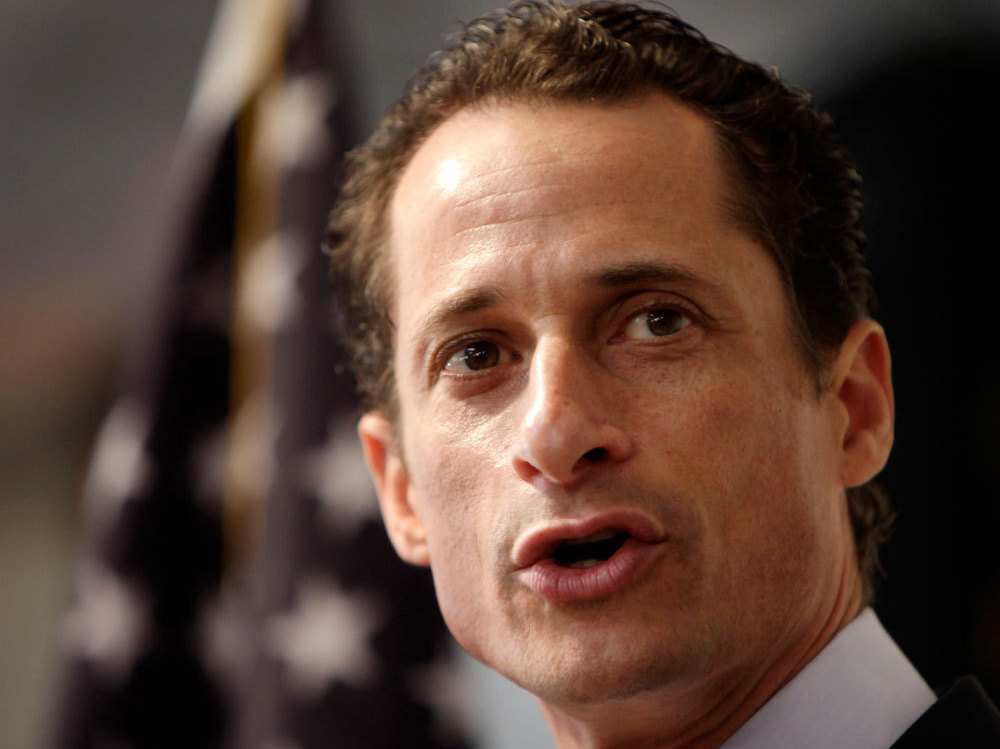 Anthony Weiner speaks to the media during a news conference in New York, Thursday, June 16, 2011.

Rep. Anthony Weiner (D-NY), who has seen his political career crater over the past two weeks due to an extramarital sexting scandal and his lies about what he did, has resigned from Congress.

We used this post to live-blog as he announced that decision. Be sure to hit your "refresh" button to get our latest updates.

Update at 3:55 p.m. ET. The Audio (our apologies if you're on a device that doesn't show our player):

We just listened to the audio of Weiner's remarks (and we'll add that audio to this post as soon as we can).

-- He again apologized "for the personal mistakes I have made and the embarrassment I have caused." And he apologized in particular to his wife, Huma Abedin.

-- "The distraction that I have created," Weiner said, has made remaining in Congress "impossible. ... So today, I am announcing my resignation."

It was that moment when a male heckler shouted "bye, bye pervert!" The man would disrupt the congressman's four-minute statement several more times.

-- Weiner added that he needs to leave Congress "so my colleagues can get back to work, my neighbors can choose a new representative ... and most importantly, so that my wife and I can continue to heal from the damage I have caused."

-- Perhaps leaving open the possibility of a return to public life, he said he would be "looking for other ways to contribute my talents."

Update at 2:34 p.m. ET: The man who was heckling Weiner — and it sounded like he shouted several lewd questions — was eventually removed by police, CNN's reporter in the room says.

Update at 2:33 p.m. ET: New York's Daily News says the "scandal-scarred" congressman "finally agreed to step down after consulting the woman he betrayed - his wife, a top source said Thursday."

Update at 2:25 p.m. ET: Weiner said more than once that among those he apologizes to is his wife. As he concludes his statement, Weiner says she has stood by him and he owes her "very much."

As for his future, Weiner says "I'll be looking for other ways to contribute my talents."

Update at 2:23 p.m. ET: He makes it official. Weiner resigns. There's shouting in the audience by some who want to disrupt — presumably not journalists.

Update at 2:23 p.m. ET: "I have never forgotten my neighbors because they represent the same middle class story as mine," Weiner says. And he's here today, he adds, to apologize.

Update at 2:22 p.m. ET: Weiner is at the microphone. "There is no higher honor in a democracy than being sent by your neighbors" to represent them in Congress, he says.

Update at 2:03 p.m. ET: Weiner admitted on June 6 that he had been lying. Before he got to the microphone at his news conference to confess, though, conservative activist Andrew Breitbart took questions from reporters. It was Breitbart's BigGovernment.com website that first posted the lewd photo that started Weiner's fall from grace.

This time, though, Breitbart won't be on hand. He just tweeted that he's "Going on @FoxNews via phone from Minneaplis Airport."

Update at 1:58 p.m. ET: The cable news networks just showed video of Weiner walking to his car — through a scrum of reporters. He's said to now be headed to the news conference.