Accessibility links
Football Player Arrested For Sagging Pants: I Felt Harassed : The Two-Way DeShon Marman disputes the police version of events. He said when an airline employee asked him to pull up his pants, he did.

In an interview, the University of New Mexico football player arrested after wearing sagging pants disputed the version of events put forth by police. As we reported yesterday, San Francisco police said DeShon Marman was asked by an airline employee and by police to pull up his pants because they were "below his butt and his boxer shorts were showing." They say he refused, so they kicked him off a plane at San Francisco International Airport and Marman ended up in jail.

The AP reports that in an interview with San Francisco news station KGO, Marman said he felt like the flight crew was harassing him:

DeShon Marman told KGO Thursday that he pulled his pants up, as a boarding agent had requested, when he got to his seat Wednesday. But by then, he says a flight attendant was telling him to leave the plane.

There's been lots of reaction on both sides of the debate since the story broke, but there's a particularly stellar piece from ESPN The Magazine's senior writer LZ Granderson.

Granderson spoke to Marman's mother, Donna Doyle, who told him, yes, Marman has heard pull up your pants from her, his coach, his sister and her cousins. 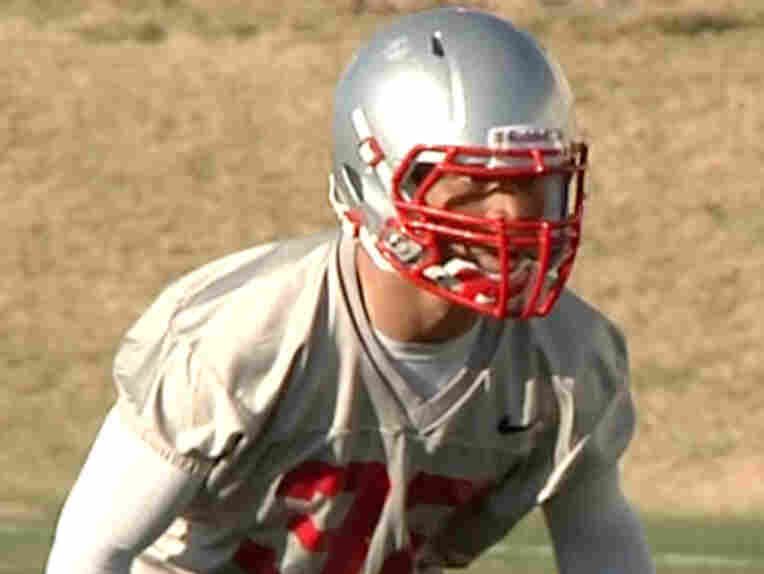 In an image taken from an April 2011 video, provided by the University of New Mexico, Deshon Marman takes part in football practice in Albuquerque, N.M. AP hide caption 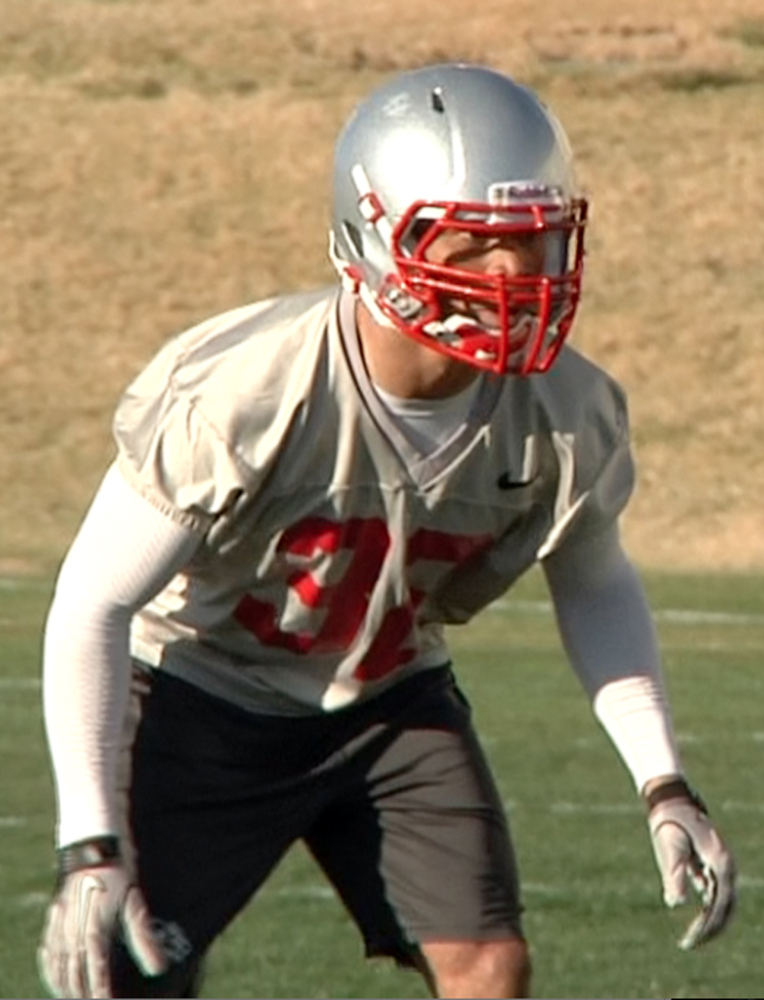 In an image taken from an April 2011 video, provided by the University of New Mexico, Deshon Marman takes part in football practice in Albuquerque, N.M.

"We've all said, 'Boy, pull your pants up,'" Doyle told Granderson. "I always tell him to 'Listen to your mother because your mother will never steer you wrong.' He will tell you this is one of those times he should've listened to his mother."

That part of it, argues Granderson, is easy, but the rest of the story is anything but:

... The story is a lot more complicated than Marman's sagging pants.

It's about abuse of power and the stupidity of youth.

It's about the subtleness of institutionalized racism and rebels who don't understand the cause.

It's about how an isolated incident that got way out of hand really isn't isolated at all. It's just another example of how young black men continue to struggle to find their place in a world that's indoctrinated to fear them.

I invite you read the full Granderson piece, because it's a frank discussion between two parents raising student athletes and he really drills down on those points he makes above.

Below is the full video of KGO's report. In it, Marman disputes that his pants were "below his butt." Marman says only the top part of his underwear was showing. Marman also says he couldn't pull up his pajama pants immediately because he was carrying two heavy bags. He said when the pilot asked him to get off the plane, he was "talking down to him:"