Accessibility links
Study: Honeybees Might Have Feelings, Too : The Two-Way The study, published in the journal Current Biology, extends what is thought to be true of mammals and birds to invertebrates. Scientists found that honeybees exhibit pessimism. 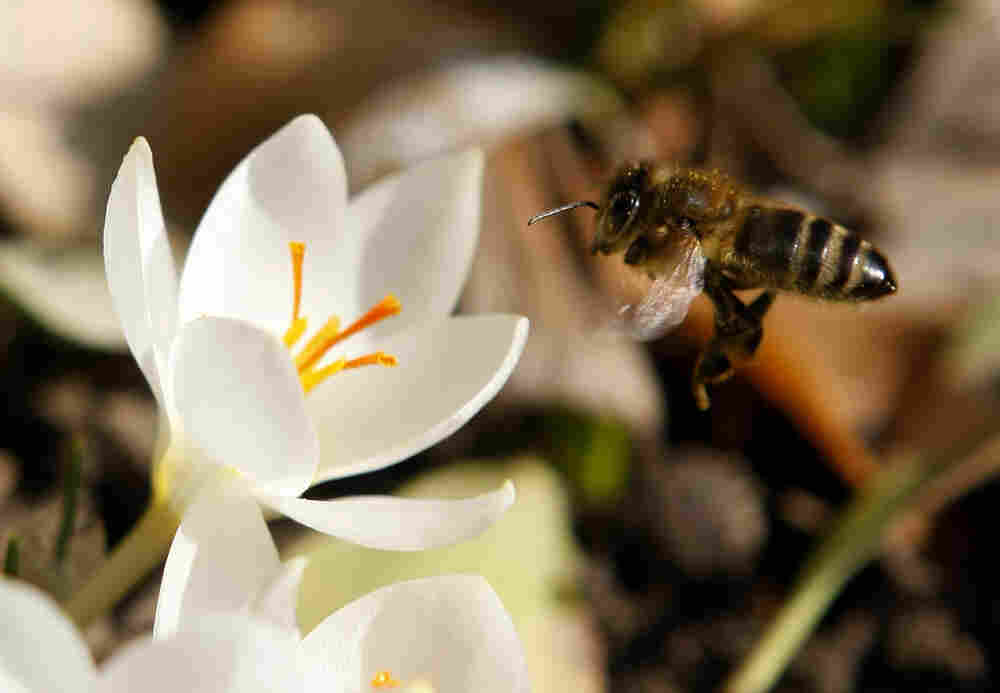 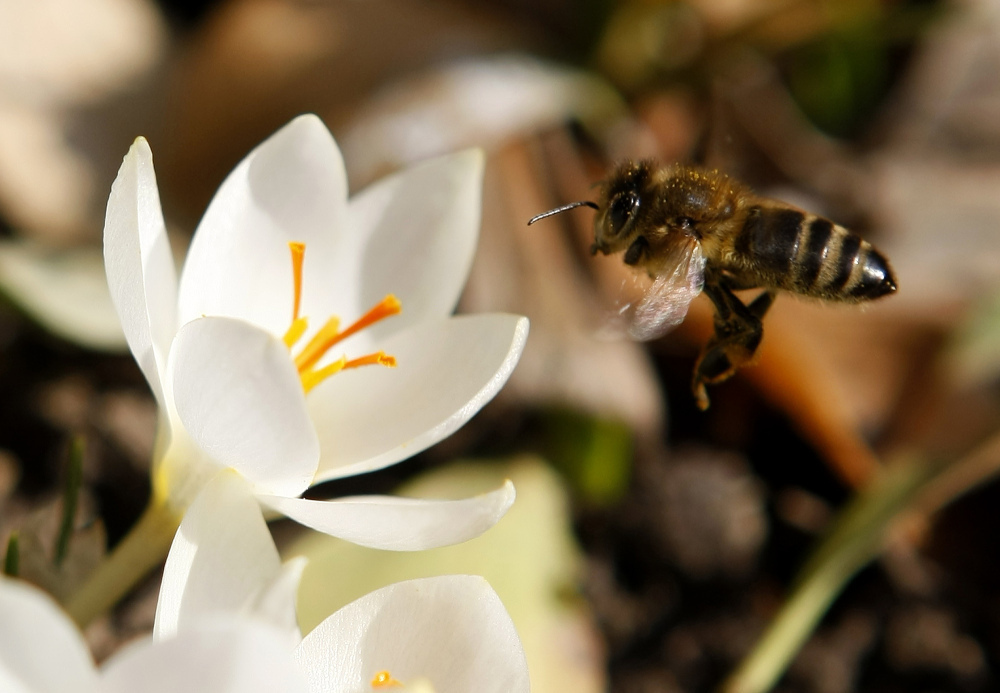 A honeybee approaches a crocus in Ludwigsburg, Germany.

We all know that some animals seem to display emotions. If you've ever had a dog, for example, you can tell when they're feeling down and scientists have found that mammals and birds can exhibit pessimism.

But a new study from the journal Current Biology is extending that to invertebrates: It found that honeybees seem to become pessimists when they've been stressed. So, how, you ask, did scientists find this out? It's not like a honeybee could take a survey and pinpoint how it feels on a happiness scale.

The scientists explain that they trained the honeybees to expect good things (something sweet) from one smell and something bad (something bitter) from another smell. They then presented a neutral third scent and found that when they shook the beehives to simulate a predatory attack, those bees displayed "an increased expectation of bad outcomes." The scientists also found the bees had altered levels of "dopamine, octopamine, and serotonin" in the agitated bees.

Wired explains the study is significant because it's really the first one to find that invertebrates have feelings, too. One of the study's authors told them there are two readings of the study: Bees have feelings or pessimism — or cognitive bias — "is not a good measure of emotion."

Wired talked to an independent scientist who had this to say:

"The methodology is sound," said Lori Marino, an Emory University evolutionary neurobiologist who was not involved in the study. "I don't think it's a stretch to say that they are tapping into bee emotions. After all, every animal has to have emotions in order to learn and to make decisions. And we already know from many other studies that bees are really cognitively sophisticated."