Accessibility links
'A Historical Moment': The Saudi Women Challenging A Government By Driving : The Two-Way This past week, about 50 women in Saudi Arabia got behind the wheel to challenge a government ban. It was the first time that many women took to the streets in protest since 1990. NPR interviews a few women and one man who risked being arrested for protesting in favor of women's rights.

'A Historical Moment': The Saudi Women Challenging A Government By Driving

'A Historical Moment': The Saudi Women Challenging A Government By Driving 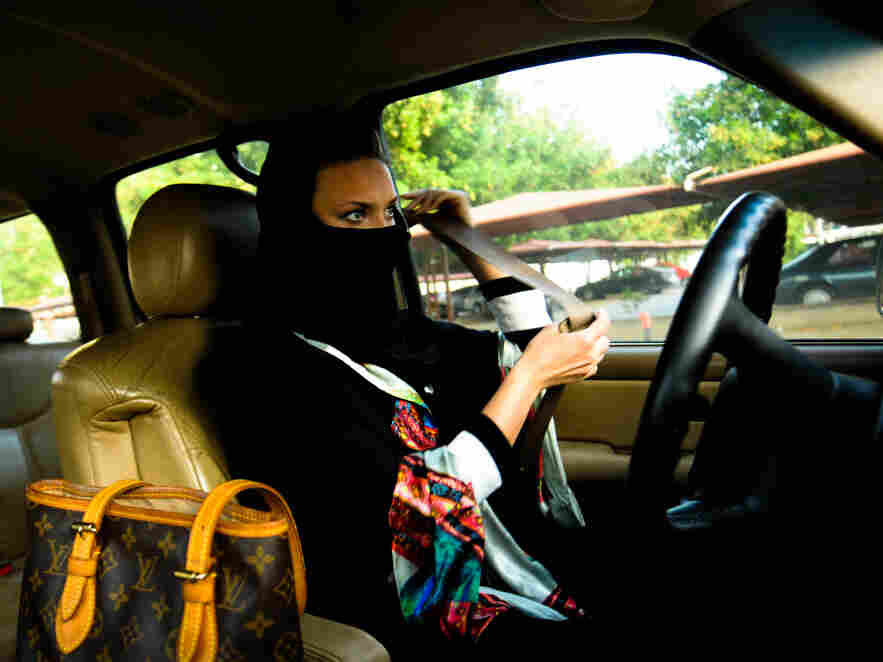 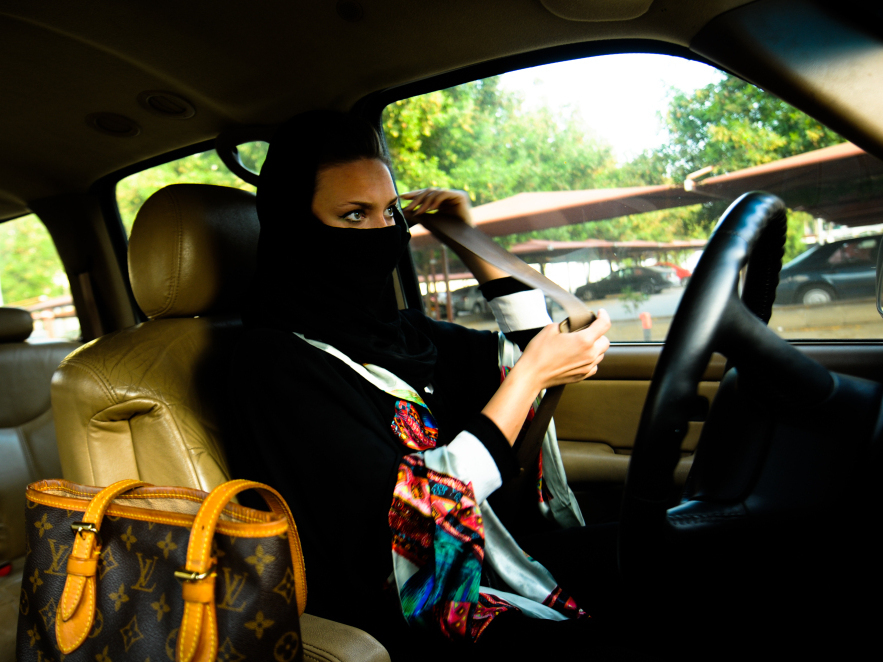 Fridays in Riyadh are usually slow and lazy, as the sprawling city only begins to wake up after the noon prayers. But this past Friday, a women's rights issue that's been brewing for decades spilled onto the streets.

Thursday, June 16, Najla Barasain wasn't sure if she would get behind the wheel. The 25-year-old had been driving her Kia Optima sedan for the past 10 months in Greensboro, N.C., where she goes to school. Barasain is pursing a master's degree in business administration there, but was back in Saudi Arabia for her summer break.

She read accounts on social media sites of other women who had driven their cars and that encouraged her. She felt she had to make a statement on this day. She told her father who was reluctant because he didn't want to get in trouble. But eventually he agreed to sit in the passenger seat and let his daughter drive.

"When I read what people were saying on Twitter, I decided that I have to do something about it," Barasain said. "I have to say something and take an action today because it's a very important day."

As we've reported over the past few weeks, women have been mounting pressure on the Saudi government to allow them to drive since Manal al-Sharif was arrested last month. Al-Sharif, who has been compared by some activists to Rosa Parks, has inspired more women to defy the ban on driving. June 17 was chosen as a day when women all over Saudi Arabia were encouraged to start driving. More than 50 women drove their cars, starting at the wee hours of the morning. As the day went by, more photos and videos of the female driving kept popping up on social media sites.

One of the themes that emerged throughout the day was that many women were accompanied by men — fathers, husbands, brothers and sons.

When Maha al-Qahtani, a 39-year-old IT specialist, decided to go out in the morning of June 17, her husband Mohammed was ready to be by her side as she took her first drive in the streets of Riyadh.

Mohammed al-Qahtani said he was proud of his wife for deciding to drive.

Their morning ride lasted 45 minutes, but Maha said she was disappointed that she saw no other female drivers on the road. After she got back home and read the tweets from other women who drove, she decided to go out again for a second ride. She drove for a while but was shortly stopped on King Fahad Road next to a Safeway supermarket. The policeman put Mohammed in the backseat of the patrol car, then went back and started questioning her. She told him there was no law banning women from driving.

"Show me the law," she said. Just in case she got detained, she was prepared. "I had my stuff with me," she said. "Like I had my extra clothes, and toothbrush, prayer rug... anything I need."

The policeman issued her a ticket for driving without a license, despite the fact that she has two international drivers licenses. Maha uploaded a picture of the yellow ticket to Twitter. As long as women are banned from driving in the Kingdom, Maha said she has no plans to pay it.

Maha learned how to drive and got her license when she was in the U.S., and she says it's been "killing" her that she can't drive since she returned to Saudi Arabia.

Eman al-Nafjan, blogger and mother of three, does not know how to drive, but she still wanted to be part of the campagin. She put a call on Twitter asking if she could accompany a woman who was driving on Friday and she found someone.

"It felt exciting," she said. "The energy was very positive."

She said she hoped that her action would encourage women to demand more rights.

"I would rather be the one driving," al-Nafjan said about the ride she took with her new friend who brought her three children along. "I hope I will be [driving] soon."

The only time Saudi women have attempted something similar was in 1990. On November 6 of that year, 47 women drove their cars in Riyadh to protest the ban. They only managed to drive for half an hour before being stopped by police. Those female drivers paid heavily for that act of protest, as they were barred from foreign travel for a year, fired from their government jobs, and denounced on mosque pulpits by clerics.

On Friday, activists said more than 50 women drove their cars in different parts of the country. There were no reports of mass arrests, and except for two women who were stopped and then let go after signing a pledge, it seemed that the police laregly decided to ignore the female drivers. Most of the country's national press did not cover the story. Only Al-Hayat and the English daily Arab News reported it. Okaz daily quoted traffic police officers in different region saying "no women driving incidents have been reported at all."

It's been more than 20 years since the first protest. Amira Kashghari, professor of lingustics and columnist for Al-Watan daily, thinks the time is right.

Kashghari surprised her driver on Friday when she asked him for the keys of the car. He has never seen her drive before, and he told her that women can't drive here. She took the keys and told him to sit in the backseat where she usually would be sitting when he drives her around the streets of Jeddah, a port city on the Red Sea. Meanwhile, her daughter Dima was driving the family's other car with her father sitting next to her in the passenger seat. Dima, who goes to school at Duke, says it was exciting to drive for the first time in her hometown, but it also felt a little weird.

At one level, it's a big step forward, she said, but at another level this is such a "pathetic thing" that shouldn't be an issue.

Dima said it is too early to tell what is the significance of what happened on June 17, but it will all depend on what is going to happen in the days after that.

It's been a long journey for the women's rights movement in the country, said Dima's mom, and the driving issue is way overdue.

The fact that almost the same number of women who drove in 1990 took to the streets in 2011 suggests the movement probably has not moved very far. But Kashghari said she is optimstic that the time has come.

"I think this is a historical moment that will change things for women in Saudi Arabia," she said.

Ahmed Al Omran is an intern with NPR's social media desk. He's blogged from Saudi Arabia since 2004, until he came stateside to attend Columbia University's Graduate School of Journalism.