Accessibility links
Mom Sentenced For Spanking Child Sparks Debate On Discipline : The Two-Way Rosalina Gonzales was sentenced to five years' probation and told by the judge that nowadays, parents are simply not to spank their children. That declaration from the judge has opened up debate online.

On Friday, a Texas judge sentenced Rosalina Gonzales to five years probation and ordered her to take parenting classes, after she admitted that she spanked her child. Corpus Christi's KZTV reports that Gonzales pleaded guilty to causing injury to a child, but prosecutors said the woman used her hand and did not leave bruises on the 2-year-old.

But 214th District Court Judge Jose Longoria left little doubt about what a modern parent is expected to do, while disciplining their child:

Gonzales currently does not have custody of the two-year-old victim or her other two children. 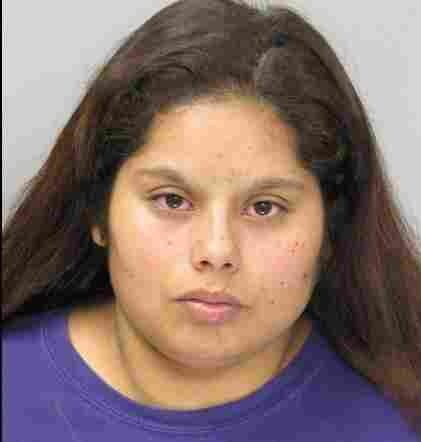 According to the Texas Attorney General's website, spanking is not illegal. "Texas law allows the use of force," it reads, "but not deadly force, against a child by the child's parent, guardian, or other person who is acting in loco parentis."

The website goes on to describe where the line between spanking and abuse might be. It seems the AG's opinion is that if it's in the buttocks, the parent uses their open hand, a brush or a belt and doesn't leave a "bruise, welt, or swelling," it's likely OK.

But Gonzales' case and especially what seemed like the judge's complete ban on spanking has ignited a great debate among parents on the Web.

As the mother of a toddler, I think it's important for moms to come forward and quit being afraid of discipline that's been tested by time. Moms tend to keep this a private matter, to avoid conflict or hard discussions with other parents. However, the Gonzales case should cause us to speak out in protest of an overreaching court.

That's why I'm saying that I've spanked all three of my kids, and they aren't raised yet. Spanking is far less emotionally manipulative than twenty nagging reprimands, it's fast, and it's certainly effective. And by the way, it's legal.

So, Judge Longoria, come and get me.

Over at the blog Jezebel, the community is mulling it over in the comments section. Nikis writes:

If a grown adult cannot come up with a strategy for outwitting a 2 year old, that doesn't involve violence, maybe they shouldn't be looking after kids in the first place. I've been a mother for almost 25 years and I have never once needed to raise a hand to any of my kids (and people frequently commented on how well behaved they were).