Accessibility links
Foul! Gladiator Died Due To Ref's Treachery, Tombstone Says : The Two-Way "Fate and the cunning treachery of the summa rudis killed me," reads the 1,800-year-old epitaph. The summa rudis — or referee — may have let the fight continue when he should have declared it over.

But it's too interesting not to pass along:

"An enigmatic message on a Roman gladiator's 1,800-year-old tombstone has finally been decoded, telling a treacherous tale," LiveScience.com reports. "The epitaph and art on the tombstone suggest the gladiator, named Diodorus, lost the battle (and his life) due to a referee's error, according to Michael Carter, a professor at Brock University in St. Catharines, Canada."

Here's the English translation of the key phrase on that tombstone, which was found in Turkey:

"After breaking my opponent Demetrius I did not kill him immediately. Fate and the cunning treachery of the summa rudis killed me."

According to Carter, that message (most likely written by Diodorus' friends) and the picture on the tombstone of one gladiator standing above another (holding two swords) indicate that the summa rudis -- or referee — may have mistakenly let the fight continue when he should have ruled that Diodorus' opponent had surrendered. 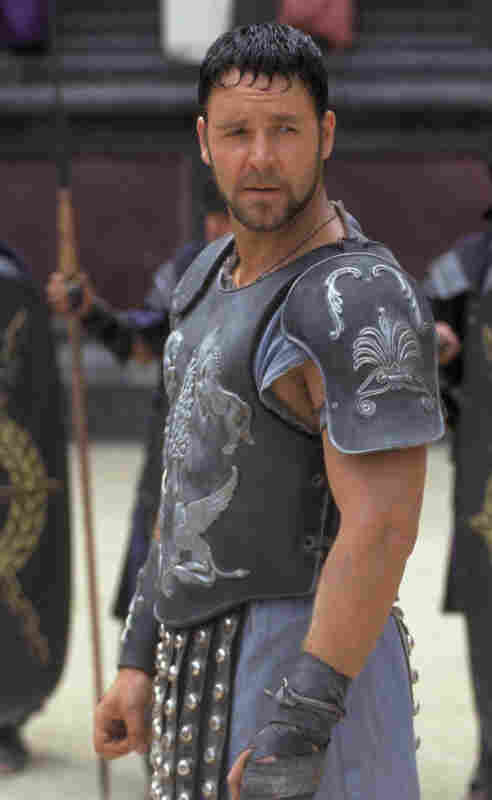 Perhaps if a movie is made about Diodorus' demise, Russell Crowe could be a gladiator again? Dreamworks Pictures hide caption 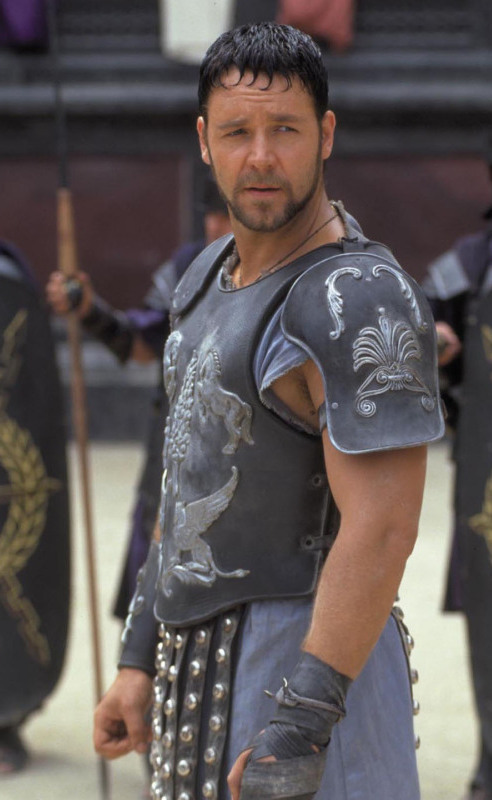 Perhaps if a movie is made about Diodorus' demise, Russell Crowe could be a gladiator again?

Rules were very important to gladiators, as National Geographic reported in 2006:

"Forensic analysis of remains from a gladiator cemetery in Turkey indicates that gladiators followed a strict set of rules, never letting the fight descend into the type of mutilation common on battlefields of the day."

It added that "sneaky blows from behind," for example, must have been strictly prohibited, judging from the gladiators' remains.

One wonders, of course, why the other gladiator — Demetrius — resumed fighting if he had really given in. Perhaps he wasn't as keen on the code of conduct as the others?

As for that referee, his mistake certainly puts in perspective the blown call last year that cost pitcher Armando Galarraga of the Detroit Tigers a perfect game. Everyone lived to play another day, after all.