Accessibility links
Cost Of Afghan War Hangs Over Obama's Troop Decision : The Two-Way The president addresses the nation this evening. He's expected to say that the 30,000 "surge" troops will be out of Afghanistan by late 2012. That would still leave more than 60,000 U.S. military personnel in the country. 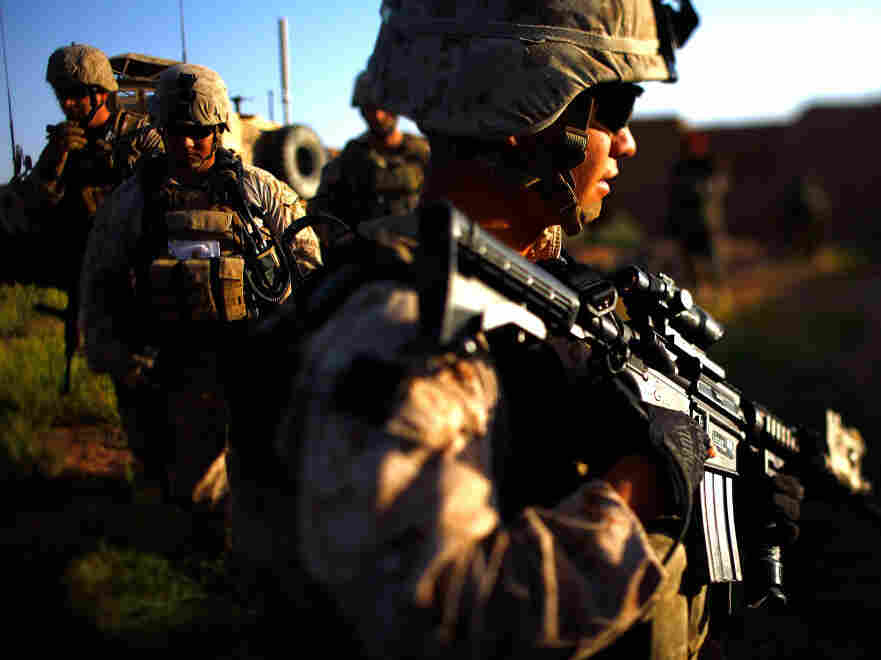 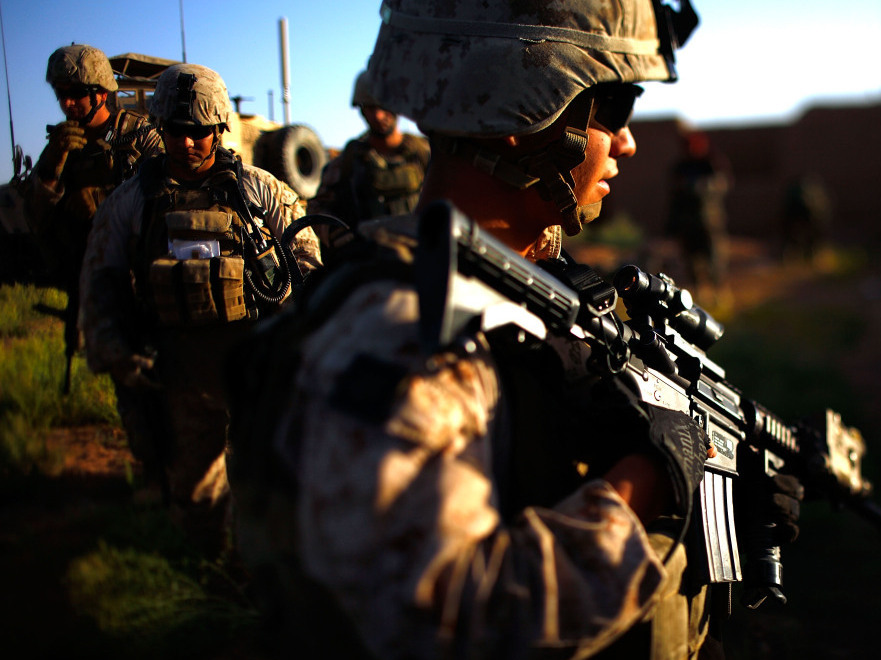 As we wait to hear from President Obama tonight about the pace and size of troop reductions in Afghanistan, here are some of the latest stories about what he's expected to say and the U.S. military effort in Afghanistan:

-- "Surge" Troops Home By End Of 2012? The consensus at this hour is that the president is likely to say that 5,000 to 10,000 troops will be coming home soon and then the remainder of the 30,000 "surge" troops that were added to the campaign starting in late 2009 will be pulled out by the end of 2012. That would still leave more than 60,000 U.S. military personnel in Afghanistan. (Host Steve Inskeep and NPR's Tamara Keith on Morning Edition.)

-- "Cost Of Wars A Rising Issue As Obama Weighs Troop Levels": "President Obama will talk about troop numbers in Afghanistan when he makes a prime-time speech from the White House on Wednesday night. But behind his words will be an acute awareness of what $1.3 trillion in spending on two wars in the past decade has meant at home: a ballooning budget deficit and a soaring national debt at a time when the economy is still struggling to get back on its feet." (The New York Times)

-- "Troop Drawdown Won't Stop Spending Machine": "President Obama is expected to announce Wednesday evening that a portion of the 30,000 surge troops he ordered to Afghanistan will be brought home later this year. But the savings in the first year — probably less than $10 billion — won't be much to write home about, especially considering the U.S. has already run up a $443 billion tab in Afghanistan." (CNNMoney)

-- "Obama's Task: Maintaining Support For Afghan War": "As he begins the promised withdrawal, Obama's challenge will be to provide his generals with the resources to wage the war's final phase while persuading Congress that, at a time of fiscal strain, maintaining most of a $10 billion-a-month war effort is worthwhile." (The Washington Post)

-- "In Congress, A Bipartisan Push For Afghan Drawdown": "Growing numbers of lawmakers on both sides of the aisle are balking both at the length of the war in Afghanistan and its cost." (NPR's David Welna on Morning Edition.)

The president's address to the nation is scheduled to begin at 8 p.m. ET. We will be live-blogging and NPR.org will be streaming the audio.