Accessibility links
Wimbledon Executive: We'd Like Less Grunting From Players : The Two-Way Ian Ritchie, the chief executive of the All England Lawn and Tennis Club, said some fans believe the grunts are "spoiling the game" and players find it distracting. The debate, however, has been around for decades. 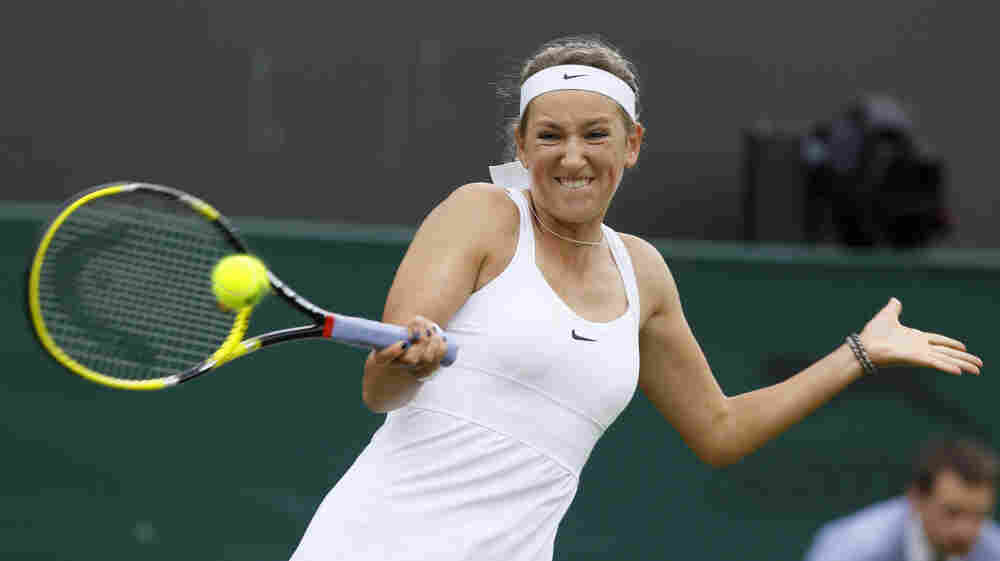 Victoria Azarenka of Belarus returns a shot to Slovakia's Magdalena Rybarikova during their first round match at the All England Lawn Tennis Championships at Wimbledon Monday. Kirsty Wigglesworth/AP hide caption 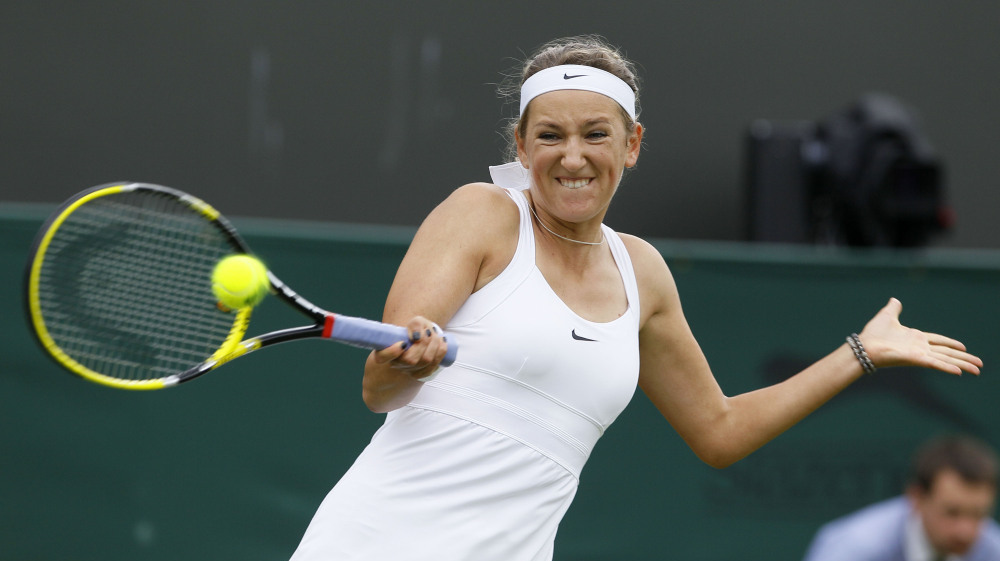 Victoria Azarenka of Belarus returns a shot to Slovakia's Magdalena Rybarikova during their first round match at the All England Lawn Tennis Championships at Wimbledon Monday.

The head of Wimbledon is wading into a decades-old debate in the tennis world. In an interview with The Daily Telegraph, Ian Ritchie, the chief executive of the All England Lawn and Tennis Club, complained about players grunting, saying "fans were also becoming frustrated with loud players who they believe are spoiling the game."

"The players have an ability to complain about it, if one player is grunting too much and the other player doesn't like it and it is distracting, they can complain to the umpire," he said

"We have discussed it with the tours and we believe it is helpful to reduce the amount of grunting."

"We are one tournament in a global circuit. But we have made our views clear and we would like to see less of it."

At this year's Wimbledon it's Victoria Azarenka, of Belarus, who's been making the most noise. The Telegraph reports her "wails" hit 95 decibels and lasted more than 1.5 seconds every time she hit the ball.

If you've never heard the player, here's a sampling from a 2011 match between Azarenka and Maria Sharapova, another grunter:

As we noted, this debate is nothing new. In 1992, Time Magazine ran a piece titled "Stop That Grunt!" and in 2005, the BBC declared Sharapova "the loudest grunter so far," when her vocalizations hit 101 decibels.

Perhaps the first player to get noticed for her grunt was Monica Seles. She told WNYC in 2009 that nobody taught her to grunt:

"I've grunted pretty much from day one," she said. "Because I was very tiny, I was always on the smaller side, and I put every single ounce of my energy into that ball."

Seles also noted that it was Jimmy Connors who first popularized the grunt and no one made a big deal about him.

So what you think? The poll closes in a week: