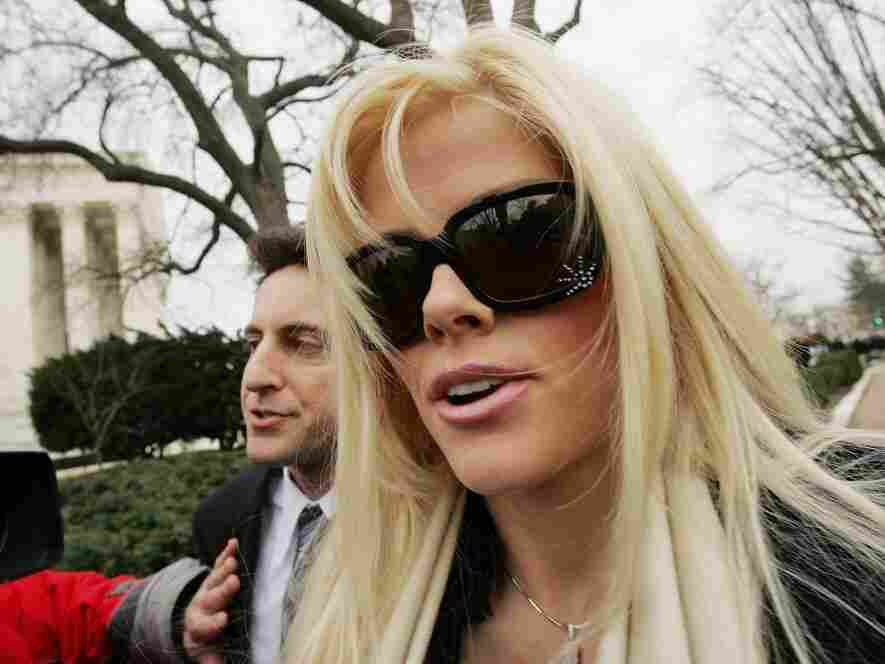 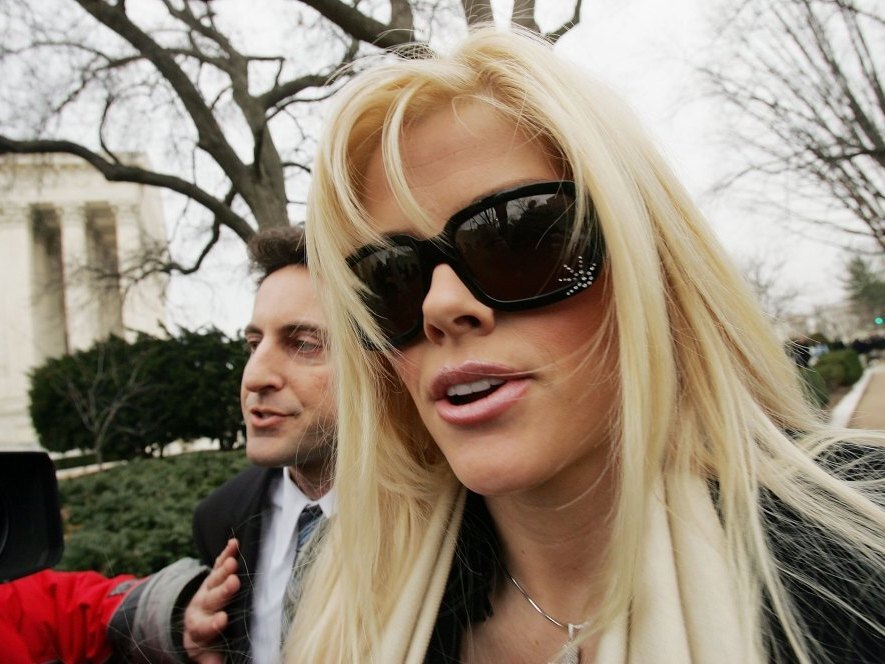 Feb. 28, 2006: Anna Nicole Smith arrives at the U.S. Supreme Court the first time her case came before it.

"The U.S. Supreme Court has ruled against the estate of Anna Nicole Smith in its quest to capture some of the $1.6 billion estate left behind by her late Texas billionaire husband," The Associated Press reports.

This legal battle has been going on since well before Smith's 2007 death. As NPR's Nina Totenberg reported in 2006, "the case ... is better than a Harlequin romance novel. It's part Knots Landing, and part Shakespearean filial betrayal. The plot centers on the estate of the late J. Howard Marshall. An estate valued at $1.6 billion. The protagonists are, shall we say, not without flaws."

Smith, who was 27 when her 90-year-old husband died in 1995. They had been married about a year. She was a former Playboy Playmate, model and aspiring actress. After Marshall's death, the family began to battle. His will had left his money to a son, and none to Smith.

Chief Justice John Roberts, who wrote the majority opinion (the vote was 5-4), drew on the unusually flamboyant nature of the case:

"This 'suit has, in course of time, become so complicated, that ... no two ... lawyers can talk about it for five minutes, without coming to a total disagreement as to all the premises. Innumerable children have been born into the cause: innumerable young people have married into it;' and, sadly, the original parties 'have died out of it.' A 'long procession of [judges] has come in and gone out' duringthat time, and still the suit 'drags its weary length before the Court.'

"Those words were not written about this case, see C. Dickens, Bleak House, ... but they could have been."

Today, the court basically agreed with a 9th U.S. Circuit Court of Appeal's ruling that said a bankruptcy court that had awarded Smith's estate $475 million from the Marshall's estate did not have the authority to do that.