Accessibility links
Bill Would End Pot Prohibition : The Two-Way The bill, which is was introduced to the House today, would end the federal prohibition on marijuana and instead let states legalize, regulate and tax it. 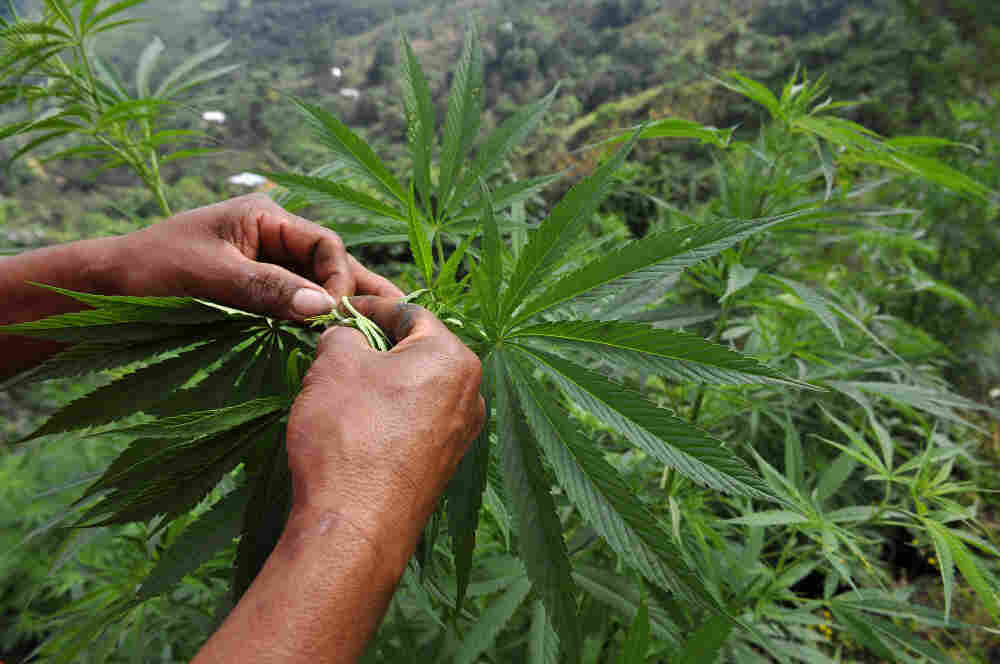 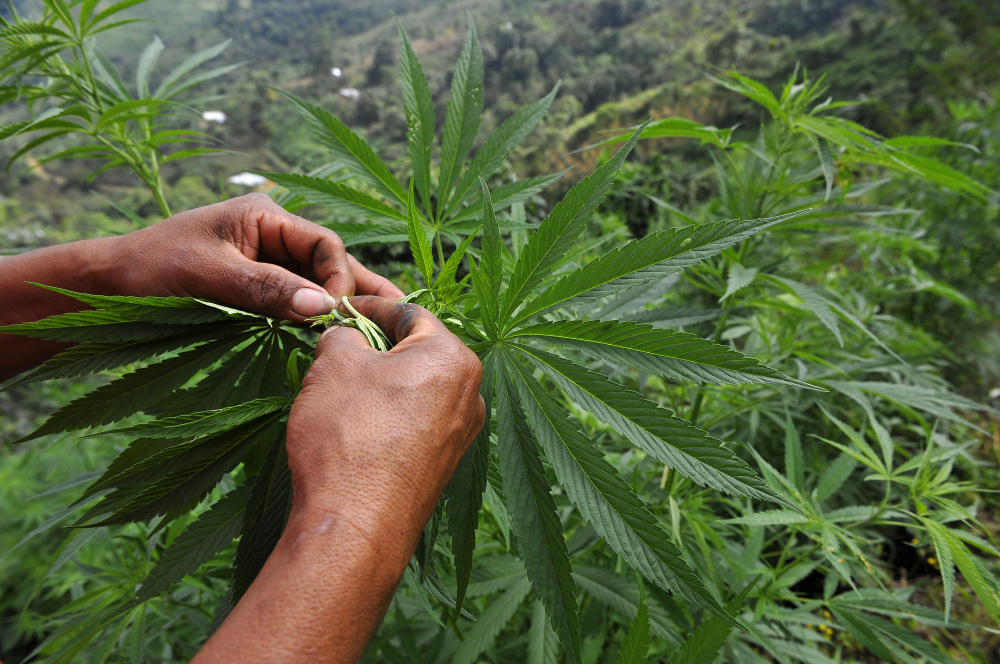 A farmer handles a marijuana leaf in Caloto, department of Cauca, Colombia, on June 12, 2011.

Reps. Ron Paul (R-TX) and Barney Frank (D-MA) introduced a bipartisan bill today that would remove the federal prohibition on marijuana. The bill would instead let states legalize, regulate and tax marijuana.

USA Today reports the bill is being championed by a legalization advocacy group:

The Marijuana Policy Project highlights that 46.5% of Californians voted for Proposition 19. It also cites a report released this month by the Global Commission on Drug Policy that slammed the decades-old war on drugs and called on governments to take a look at decriminalizing marijuana and other drugs.

The bill by Frank and Paul would "end state/federal conflicts over marijuana policy, re-prioritize federal resources and provide more room for states to do what is best for their own citizens," the group says.

Politico says the legislation is modeled after the 21st Amendment to the Constitution, which repealed the federal prohibition on alcohol and handed that responsibility to the states. Quoting the Marijuana Policy Project, Politico reports it's "the first bill ever introduced in Congress to end federal marijuana prohibition."

But, as CNN money puts it, the bill is a long shot. But part of the point, adds CNN, is to start a conversation.

We've updated our lede and headline to reflect that Frank and Paul have introduced the bill in the House. The AP reports that Frank said "he's not advocating marijuana use, but believes that criminal prosecution is a waste of resources and an intrusion on personal freedom."