Accessibility links
Discussion Of Union Law Led To Altercation Between Wisconsin Justices : The Two-Way A member of the court's liberal faction is accusing a member of the conservative faction of putting her in a "chokehold," during a heated discussion of the law the severely limited collective bargaining in the state. The Wisconsin Supreme Court is no stranger to acrimony.

Discussion Of Union Law Led To Altercation Between Wisconsin Justices

Discussion Of Union Law Led To Altercation Between Wisconsin Justices 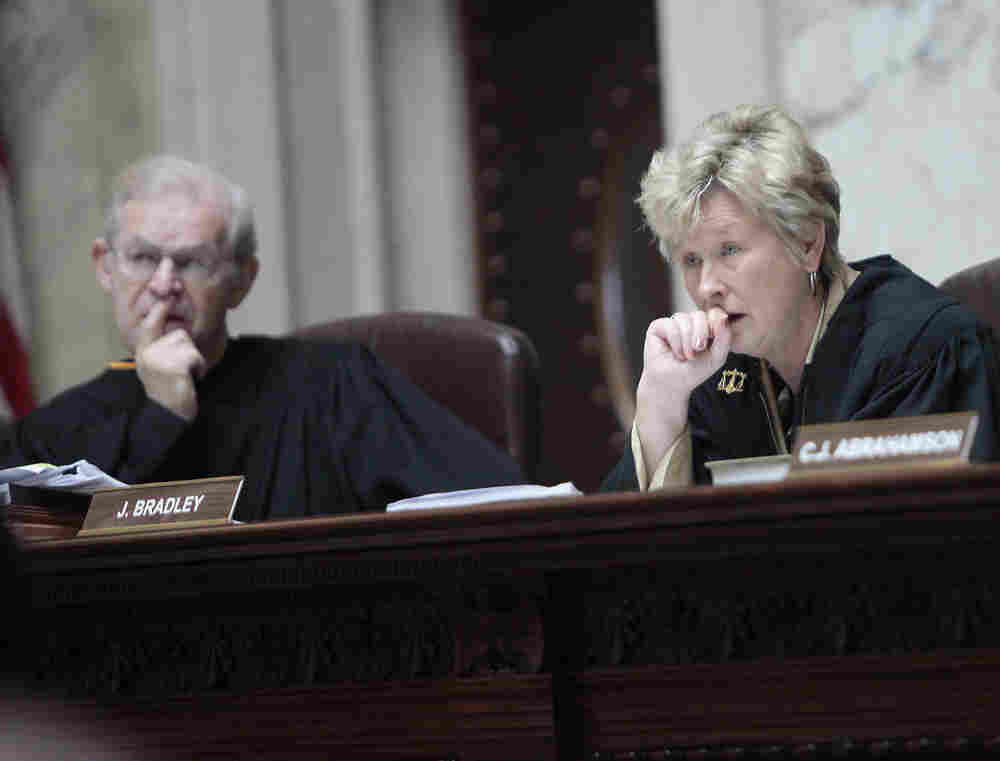 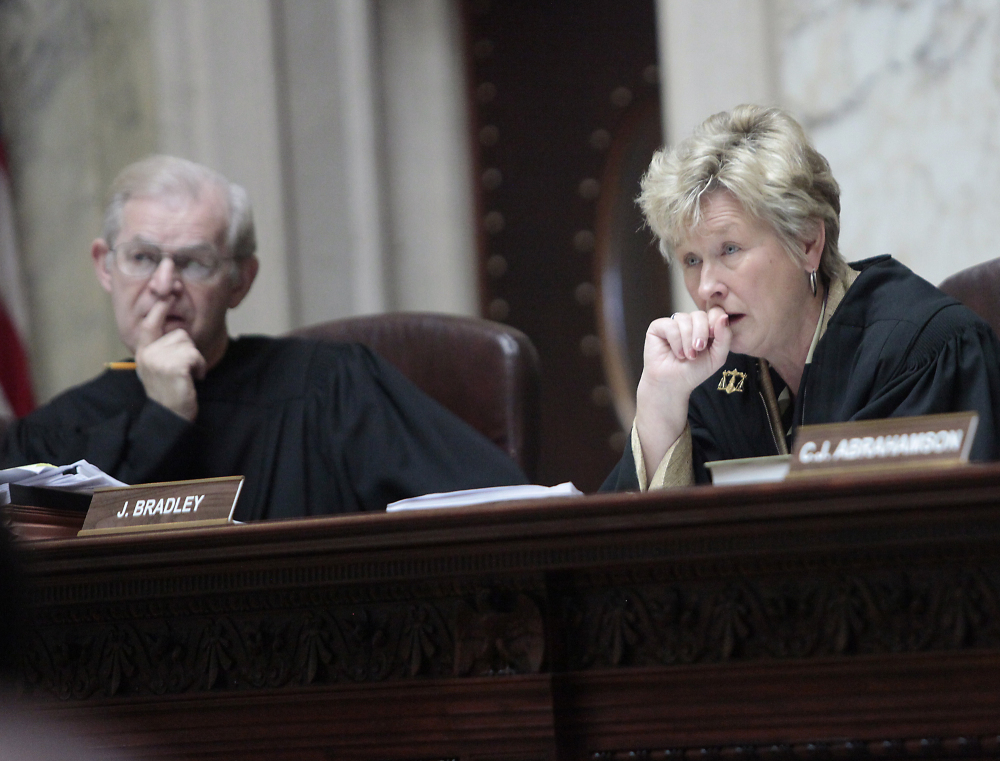 Wisconsin Supreme Court Justice Ann Walsh Bradley accused one of her colleagues, Justice David Prosser, of putting her in a "chokehold" during a dispute about the state's controversial new labor law.

Bradley, reports the AP, is a member of the court's liberal faction, while Prosser is a conservative.

Wisconsin Public Radio in collaboration with the Wisconsin Center for Investigative Journalism were the first ones to report the story on Saturday. They add:

Three knowledgeable sources told Wisconsin Public Radio and the Wisconsin Center for Investigative Journalism that the justices had a physical altercation just prior to the release of a ruling on the state's new law restricting collective bargaining.

The sources spoke on condition of not being named, citing a need to preserve professional relationships. They say the argument took place in Justice Bradley's office with several other justices present. Sources say Bradley asked Prosser to leave her office, at which point Prosser allegedly grabbed Bradley around the neck with both hands.

Prosser released a statement to the Milwaukee Journal Sentinel saying the anonymous claims were "false." But Bradley told the paper that the account was accurate.

"The facts are that I was demanding that he get out of my office and he put his hands around my neck in anger in a chokehold," Bradley told the Journal Sentinel.

The paper reports that the exact details of the altercation are murky. Some witnesses — all of them unnamed — say Bradley came up to Prosser with "fists up" and others say Prosser had his hands on Bradley's neck but used no force. None of the other justices who were allegedly present during the altercation have spoken to the paper or the AP.

What is clear is that the Wisconsin Supreme Court has been acrimonious for a long time. Earlier this year, as the Journal Sentinel reported, Prosser admitted that he had called "Chief Justice Shirley Abrahamson a 'bitch' behind closed doors and threatened to 'destroy her' more than a year ago when the court split over removing fellow Justice Michael Gableman from a criminal case as he faced an ethics allegation."

The labor law that caused the altercation was also the reason for major protests outside the state capitol and also led Democratic lawmakers to flee the state in order to stop the bill from becoming law. Eventually, through parliamentary maneuvers, the Republicans managed to get the law passed, but it was then entangled in the courts. Earlier this month, the Supreme Court issued a 4-3 decision that allowed the law to go into effect.

State Senate Majority Leader Scott Fitzgerald joked about the incident to the Journal Sentinel: "Wow," he said. "The Supreme Court is crazier than the Legislature, apparently. It's hard for me to believe that really happened."