Accessibility links
Original Globe-Trotters: Tomatoes, Coffee And Pepper : The Two-Way The Food Chains map traces the evolution of key foodstuffs as they traveled around the world. If you're a fan of coffee, tomatoes or black pepper, it's a chance to learn how they became ingrained in much of the world's cuisine.

All fans of food, facts and geography should consider viewing this Food Chains map, put together by Haisam Hussein for Lapham's Quarterly. If you're into coffee, tomatoes and black pepper, you have little choice but to check it out. 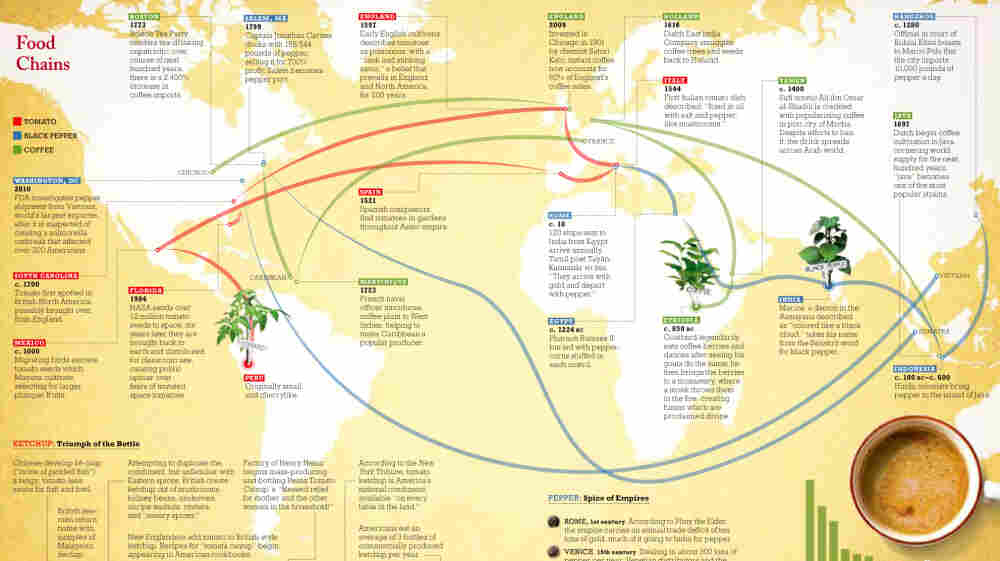 The "Food Chains" map traces the evolution of key foodstuffs as they traveled around the world. Map by Haisam Hussein/Lapham's Quarterly hide caption

The map shows the far-flung origins of this well-loved food trio — and how their successful spread around the world was due to both trading and imperial conquest.

Since we're getting into tomato season for most of the country, I'll focus on the fruit that passes for a vegetable. Here are a few highlights from the map:

The map also lists empires built partly on pepper: Rome, Venice, Portugal, Holland and Britain. And it claims that a French naval officer introduced coffee plants to the West Indies in 1723 — which makes sense, at least sense of the gastro-logical variety. 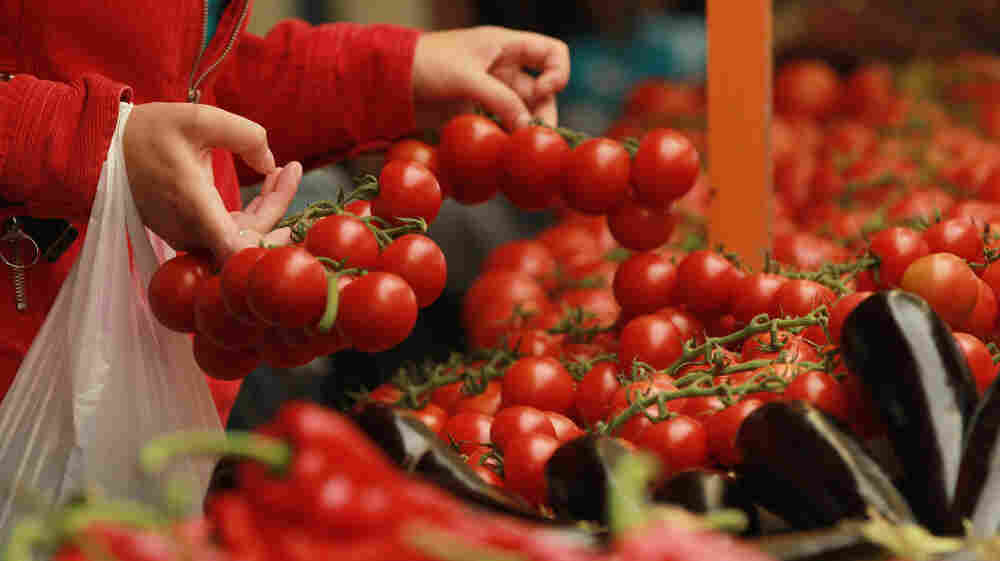 Original varieties of tomatoes from South America are believed to have been small, like today's cherry tomatoes. Today's large, plump tomatoes are the result of years of selection. Sean Gallup/Getty Images hide caption 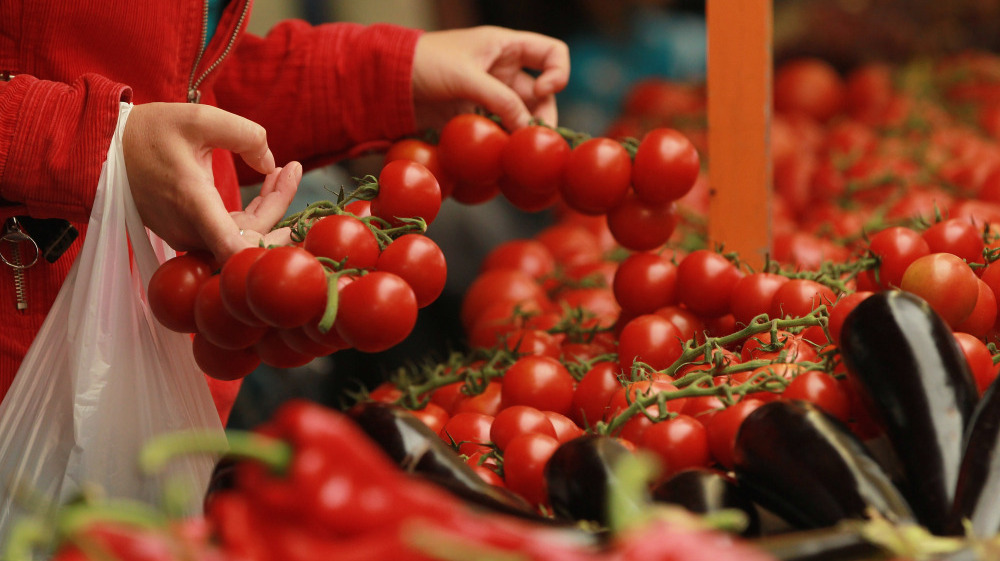 Original varieties of tomatoes from South America are believed to have been small, like today's cherry tomatoes. Today's large, plump tomatoes are the result of years of selection.

And looking back from 2011, you realize how random it all is: A straggly plant or a handful of seeds survive a trip halfway around the world, and that changes the culinary history of a town, a country, a part of the world.

All of this info also prompts a question: What if people in 1500s Italy had rejected tomatoes as not being traditional, or local, enough?

Update: To learn more about tomatoes, especially how they fared in the era of industrial farming, check out Fresh Air host Terry Gross's interview with Barry Estabrook, author of the book Tomatoland.