Accessibility links
China Opens World's Longest Bridge. Would You Cross It? : The Two-Way At more than 26 miles, the Jiaozhou Bay bridge is about two miles longer than Louisiana's Lake Pontchartrain Causeway.

China Opens World's Longest Bridge: Would You Cross If You Came To It?

China Opens World's Longest Bridge: Would You Cross If You Came To It? 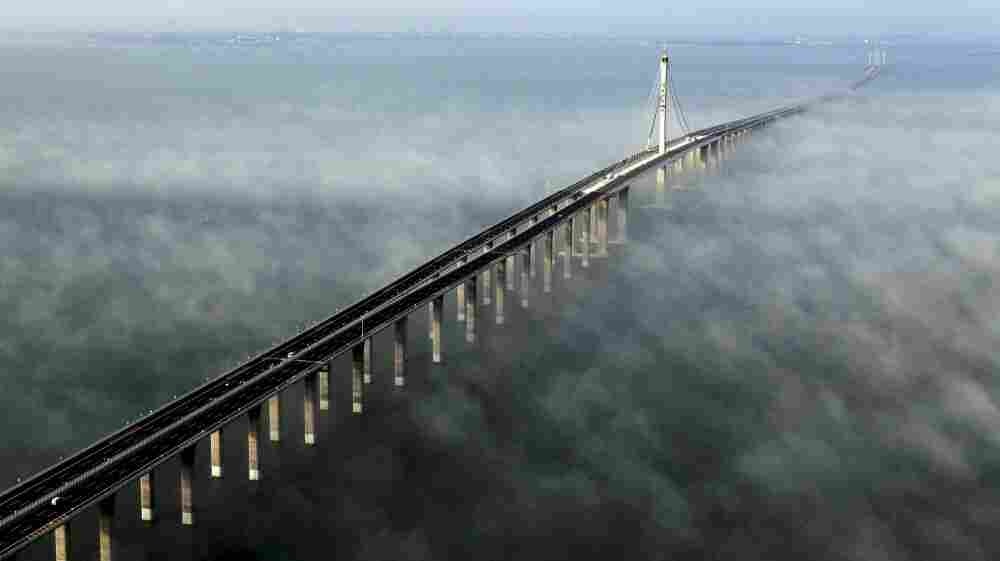 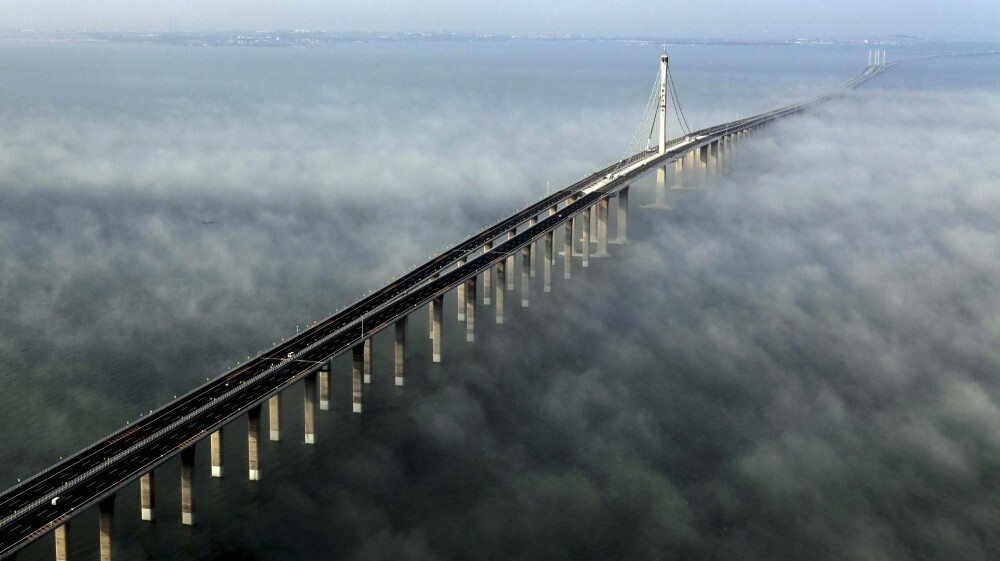 It looks like they're going to have to change some promotional materials down in Louisiana, where the Lake Pontchartrain Causeway has long claimed to be the world's longest bridge over open water.

At nearly 24 miles, the causeway is plenty long.

But today, the 26.3-mile long Jiaozhou Bay bridge opened in China. It links the "eastern port city of Qingdao to an offshore island, Huangdao." Now that it's done, it will cut the time to drive from Qingdao to Huangdao by 20 to 30 minutes.

According to Xinhua, China's official news agency, the span cost $2.3 billion. It's long enough that it could span the English Channel at its narrowest point, with about six miles to spare, the BBC says.

There are many videos online about the bridge. Among the most interesting is this aerial view.