Accessibility links
Fearing 'Carmageddon,' Los Angeles Police Ask Celebs To Tweet : The Two-Way From the evening of July 15 through the early hours of the 17th, 10 miles of the 405 Freeway will be closed. Officials hope Lady Gaga, Ashton Kutcher and others will help urge folks to stay away from the area. 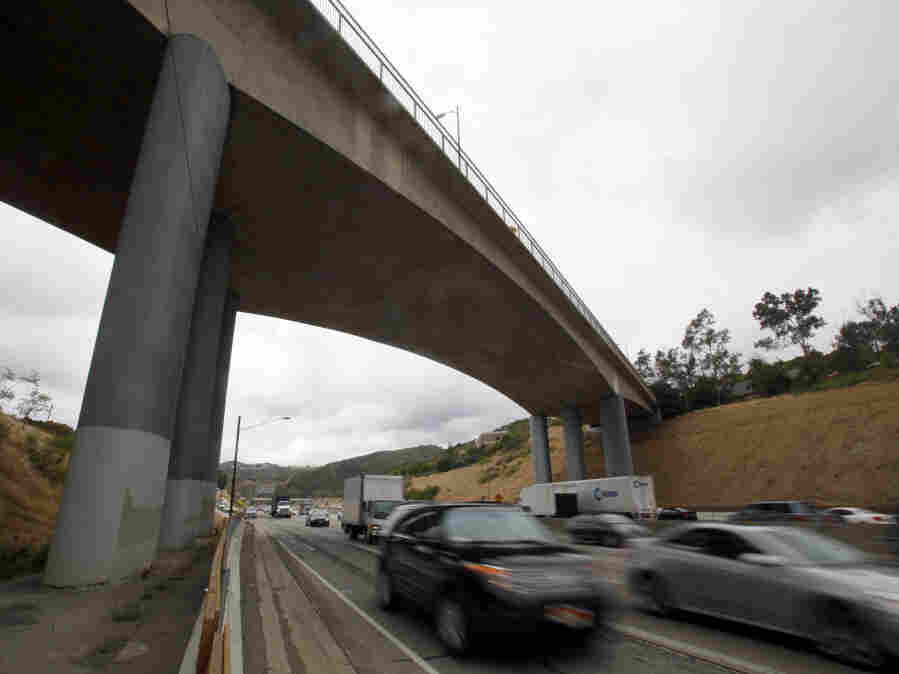 The Mulholland Drive bridge over I-405 in Los Angeles is coming down, and that's going to create problems in mid-July. Reed Saxon/AP hide caption 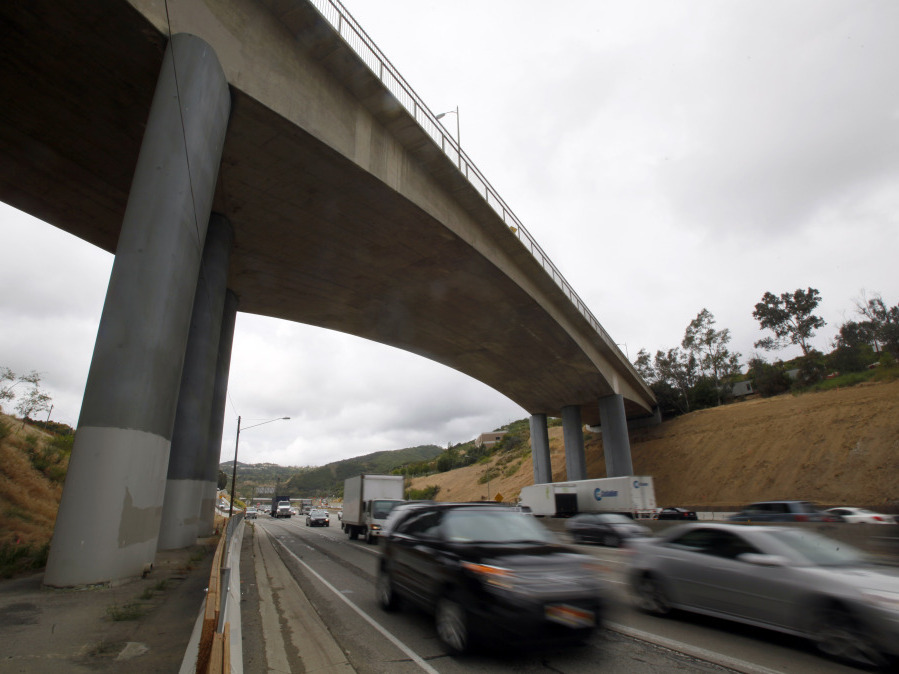 The Mulholland Drive bridge over I-405 in Los Angeles is coming down, and that's going to create problems in mid-July.

With some predicting there will be "carmageddon" when 10 miles of the 405 Freeway in Los Angeles are shut down from the evening of Friday, July 15 until 5 a.m. local time on Monday the 18th, the Los Angeles Police Department is reaching out for help in urging folks to avoid the area.

Officials are asking "celebrities with large Twitter followings" to spread the word, the Los Angeles Times reports. According to the newspaper:

"The LAPD said it is making contact with representatives for Lady Gaga (nearly 11.3 million followers), Ashton Kutcher and Demi Moore (7 million and 3.7 million respectively) and Kim Kardashian ( 8 million followers). None of the celebrities have sent out warning tweets yet, but officials hope they will do so closer to the closure dates."

There's lots of information about what's going to be happening at the website of the Los Angeles County Metropolitan Transportation Authority, where the message is to "plan ahead, avoid the area or stay home July 16-17." The reason for the closing is the planned demolition of the Mulholland Bridge. The work is part of a $1 billion "Sepulveda Pass improvements project." About 281,000 cars pass through the area each day, LA Weekly says.

Of course, if officials really want to get attention from Twitter users, another way to go might be to get hooked up with some group like the JFK Turtles.