Accessibility links
Love It Or Hate It: Few Are In Between About 'Tree Of Life' : The Two-Way Theater owners say there's a trend: A small percentage of moviegoers always seem to leave before the highly acclaimed film is over. Some even want their money back. Have you ever done that? 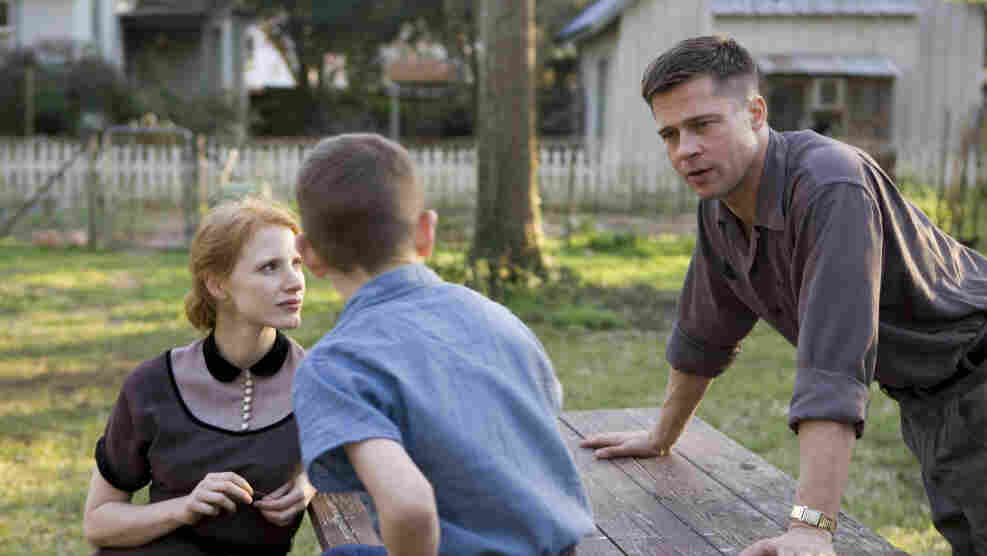 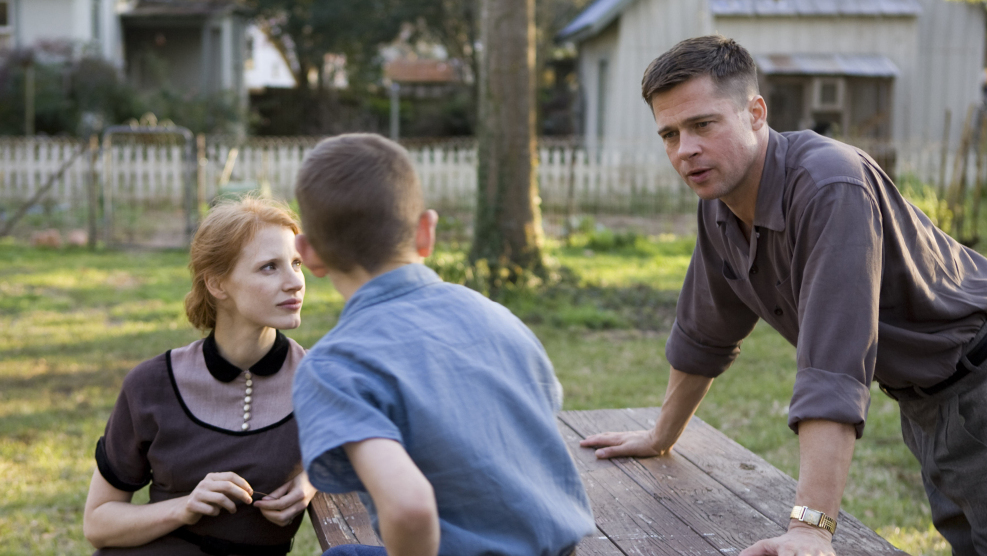 Part creation epic and part family drama, The Tree of Life stars Jessica Chastain and Brad Pitt as the parents of three boys in the '50s.

What is it about The Tree of Life, director Terrence Malick's movie that Fresh Air reviewer David Edelstein says is "part creation epic, part Oedipal family drama," that has a small number of confused and sometimes angry theater-goers walking out early around the nation? In some cases, patrons are even trying to get their money back.

"It's one of those films where you either love it or you hate it," Jesse Hassinger, program manager at the Coolidge Corner Theatre in Brookline, Mass., tells All Things Considered host Melissa Block.

About 25 to 30 minutes into the film, he says, when it goes into "celestial, very beautiful space photography ... that's usually the first point that people walk out on. ... There's absolutely no narration and no narrative to it whatsoever, so I think people aren't ready to necessarily accept that."

And as the 5 to 10 percent of the audience that typically walks out leaves, he says, "they're either angry or they're baffled." They're wondering what the critically acclaimed film about a Texas family of the '50s, starring Brad Pitt and Jessica Chastain, is all about.

Hassinger, who loves Tree of Life, works for a theater that will give refunds or complimentary passes to a future movie if you leave in the first 20 minutes or so. Other theaters, including the Avon in Stamford, Conn., have no-refund policies — and the Avon has even put up signs telling Tree of Life ticket-buyers that it is "a uniquely visionary and deeply philosophical film from an auteur director ... [that] does not follow a traditional, linear narrative approach to storytelling."

Much more from his conversation with Melissa is on today's All Things Considered. We'll add the as-broadcast interview to the top of this post later.