Accessibility links
Study: Decade-Long Lull In Global Temperatures Caused By Chinese Coal Use : The Two-Way The 10-year lull in rising global temperatures was often cited by people to deny climate change. The new study has fueled even more discussion. 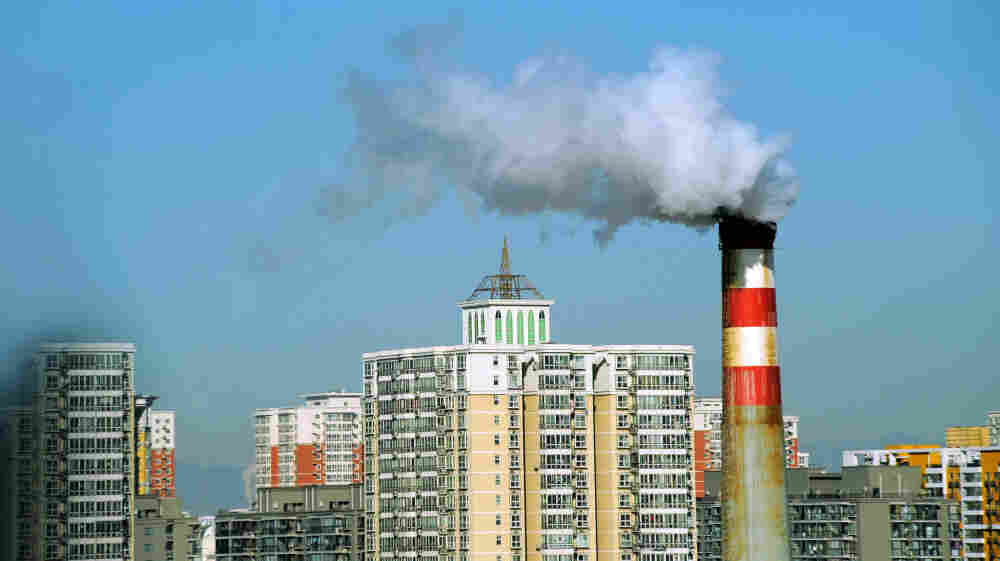 Pollutants billow out of a chimney amid a group of residential housings in Beijing. AFP/Getty Images hide caption 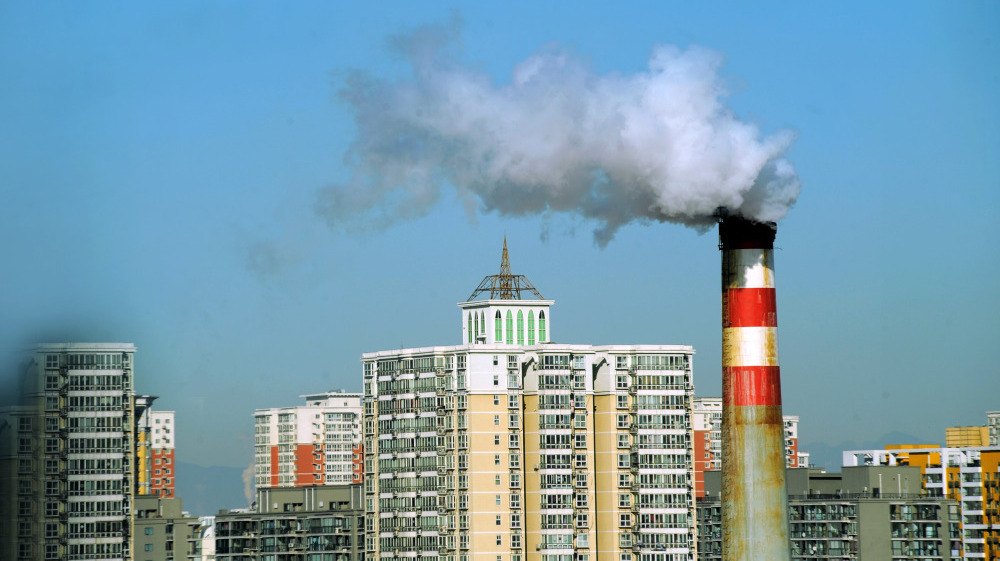 Pollutants billow out of a chimney amid a group of residential housings in Beijing.

A group of researchers say they've found an explanation for why global temperatures stayed relatively steady instead of steadily rising during a 10-year period between 1998 and 2008.

The answer seems counterintuitive. It's all that sulfur pollution in the air from China's massive coal-burning, according to a new study.

Sulfur particles in the air deflect the sun's rays and can temporarily cool things down a bit. That can happen even as coal-burning produces the carbon dioxide that contributes to global warming.

"People normally just focus on the warming effect of CO2 (carbon dioxide), but during the Chinese economic expansion there was a huge increase in sulfur emissions," which have a cooling effect, explained Robert K. Kaufmann of Boston University. He's the lead author of the study published Monday in Proceedings of the National Academy of Science.

The key, however, is that the effect of sulfur is temporary, whereas CO2 stays in the atmosphere for much longer. Science News reports that the scientists came to this conclusion by analyzing everything that affects global temperature, whether it happens naturally or it's caused by humans. Without human intervention, the scientists said, global temperatures should have cooled, instead, "these Asian emissions mostly balanced one another and dampened the effects of natural cooling cycles associated with the sun and ocean temperatures."

David Whitehouse, a researcher with the Global Warming Policy Foundation, a British group of climate skeptics, wrote: "It is good news that the authors recognise that there has been no global temperature increase since 1998. Even after the standstill appears time and again in peer-reviewed scientific studies, many commentators still deny its reality."

Skeptic blogger Anthony Watts dismissed the study by saying, "My take on it from the paper – We don't know what's going on, but we aren't going to admit that."

However, Watts, Whitehouse and others ignore the main finding of the study – that the small amount of warming that occurred between 1998 and 2008 is completely consistent with the hypothesis that human activities are helping to warm the climate over the longer-term. And with climate change, it's the longer-term that matters.