Accessibility links
Massive Dust Storm Rolls Through Phoenix : The Two-Way Anyone caught outside when the 50-mile wide cloud rolled through the city saw day turn into night. The storm forced Phoenix Sky Harbor International Airport to close and brought traffic to a halt. Watch the video to see the amazing images of the wall of dust as it swallows the city. 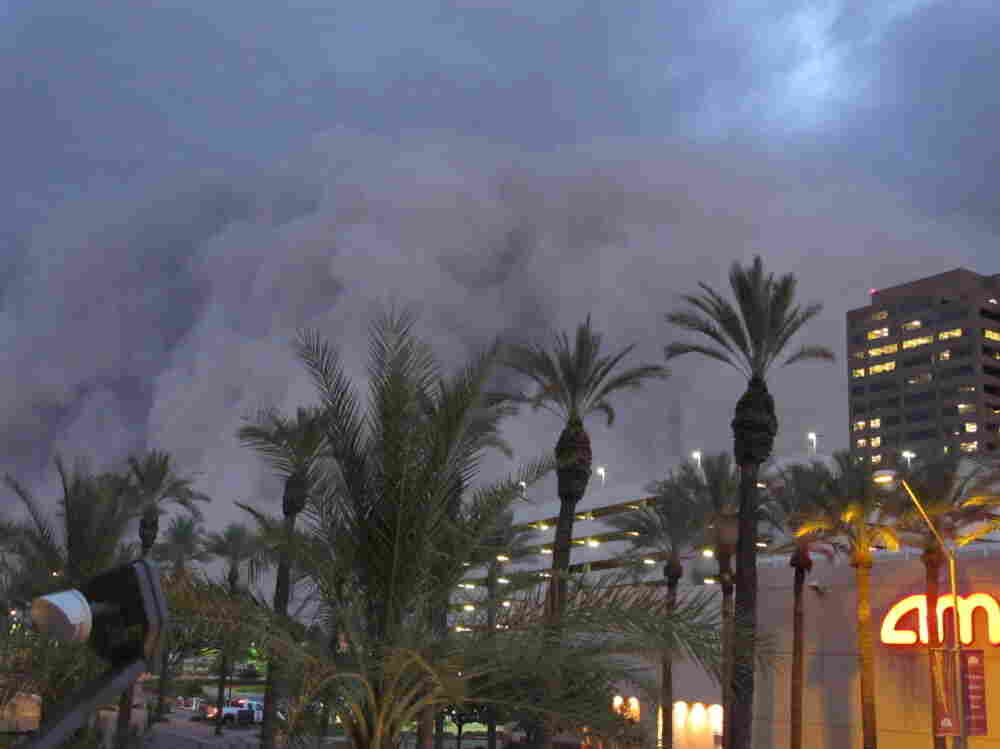 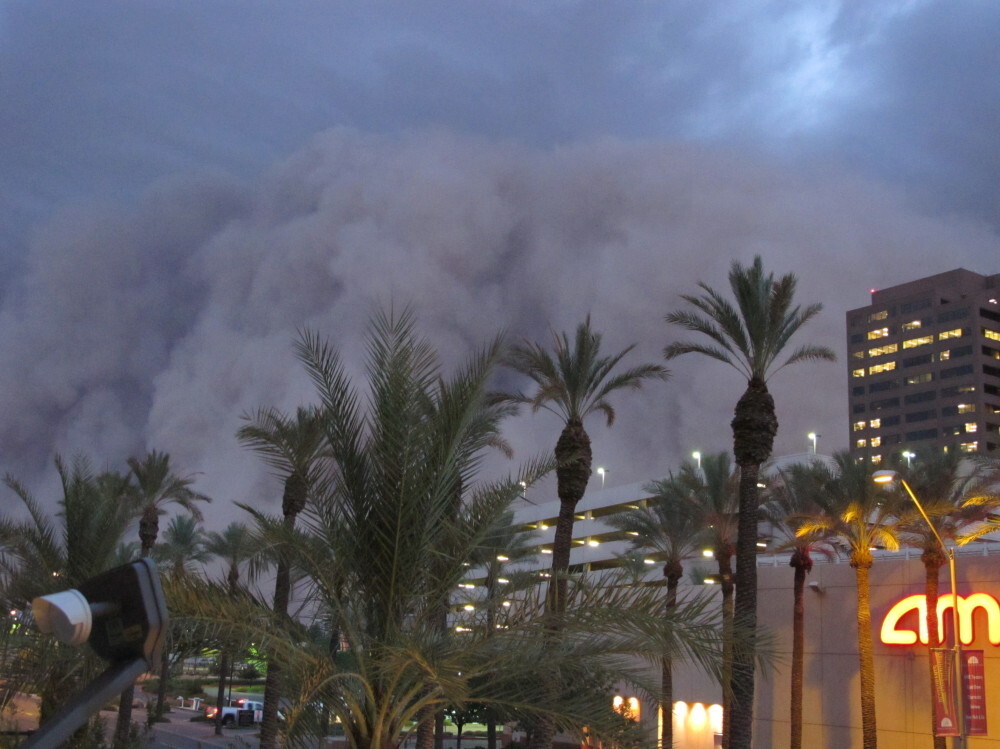 That's how 12 News meterologist Rob Carlmark describes what it was like in Phoenix Tuesday evening when a massive dust storm blew through the area. His video about what it was like to be caught in the storm's path is posted here.

"The dust cloud that hit the valley had originated in an afternoon storm in the Tucson area before moving north across the desert, said National Weather Service meteorologist Paul Iniguez. Before bearing down on the Phoenix valley, radar data showed the storm's towering dust wall had reached as high as 8,000 to 10,000 feet, he said.

"Once it neared the valley, the cloud had fallen to some 5,000 feet, according to the weather service. KSAZ-TV in Phoenix reported the storm appeared to be roughly 50 miles wide."

The storm forced Phoenix Sky Harbor International Airport to close for about an hour and brought traffic to a halt in much of the city.

The Arizona Republic has put together a time lapse video that captures the cloud as it passed through the area.

And the AP has video as well.