Saying today that he has "referred the case to a general court-martial for trial," the commander at Fort Hood has also decided to pursue the death penalty in the case against Maj. Nidal Hasan, the psychiatrist charged with 13 counts of murder and 32 counts of attempted murder for the deadly November 2009 shooting rampage at the Army post in Texas.

The Associated Press notes that "Hasan's lead attorney, John Galligan, had urged the commanding general [Lt. Gen. Donald M. Campbell] not to seek the death penalty, saying such cases were more costly, time-consuming and restrictive. [But] two Army colonels previously recommended that Hasan be tried in a military court and face the death penalty." 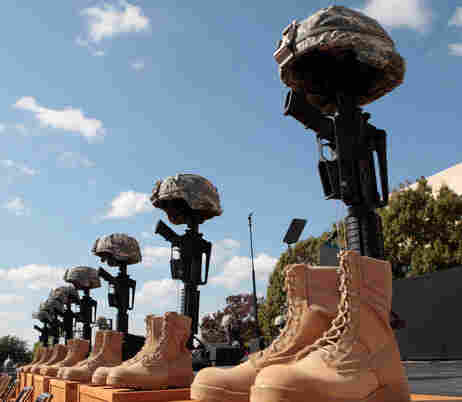