Accessibility links
CIA Tried Fake Vaccination Drive To Get Bin Laden DNA : The Two-Way According to The New York Times and The Guardian, the CIA recruited a Pakistani doctor to run a fake vaccination campaign. The goal was to penetrate bin Laden's Abbottabad compound, vaccinate the people inside and confirm, using DNA, if they were bin Laden's family members. 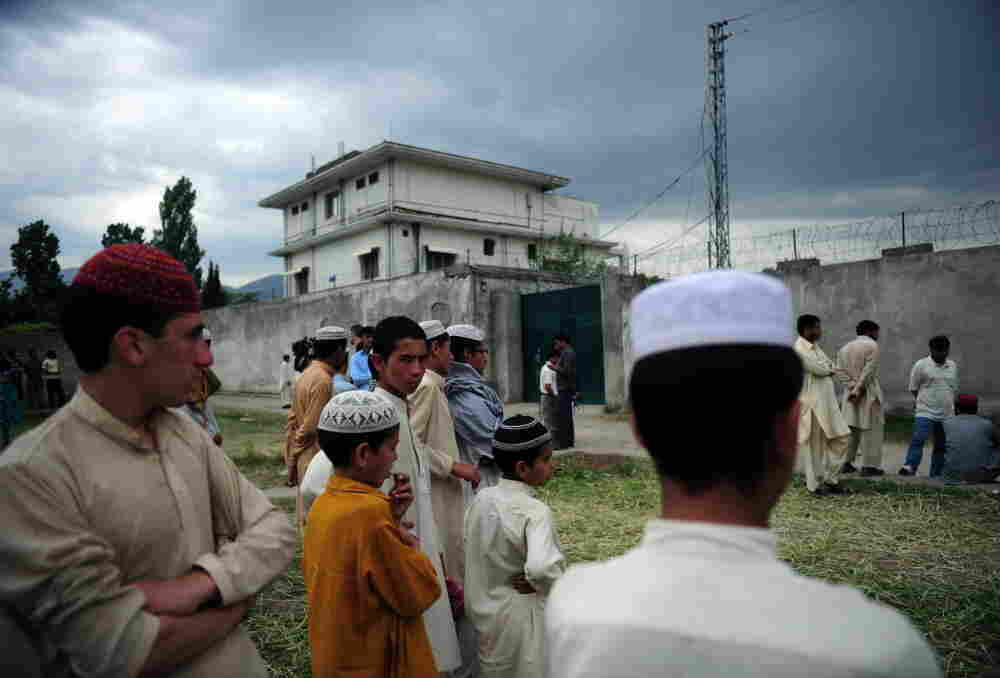 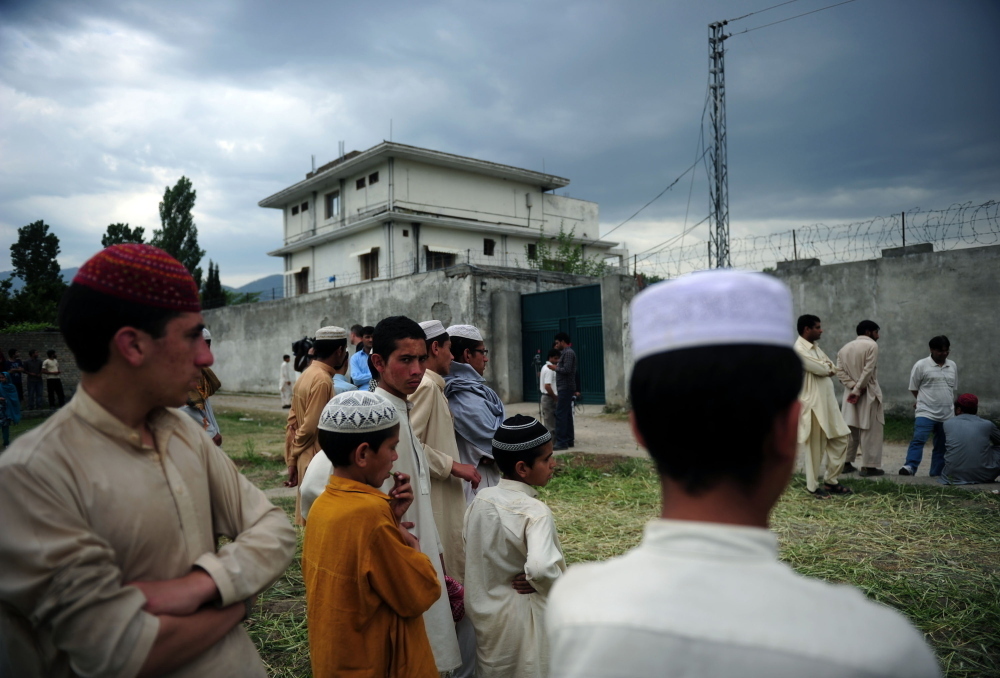 Pakistanis gather in front of the compound where Al-Qaida chief Osama bin Laden was killed in Abbottabad.

One of the more stunning details that came out of the nighttime raid that killed Osama bin Laden in early May, was when the president's top counterterrorism official, John Brennan, said all the evidence that hinted bin Laden lived in that Abbottabad compound was circumstantial.

Two reports this morning — from The Guardian and The New York Times — suggest that the CIA used an elaborate ruse to try to establish physical evidence of bin Laden's presence in the compound.

According to the papers, which relied on unnamed government sources, helped by a Pakistani doctor called Shakil Afridi, the CIA initiated a fake vaccination initiative. For months, Afridi and a team of nurses administered Hepatitis B vaccines first to people in the poor outskirts of Abbottabad, then eventually moving to Bilal Town, the suburb where bin Laden lived.

The New York Times reports that the doctor succeeded in entering the compound, but did not see bin Laden and could not obtain a DNA sample. The Guardian reports it was one of his nurses who gained access to the compound.

It is not known exactly how the doctor hoped to get DNA from the vaccinations, although nurses could have been trained to withdraw some blood in the needle after administrating the drug.

"The whole thing was totally irregular," said one Pakistani official. "Bilal Town is a well-to-do area. Why would you choose that place to give free vaccines? And what is the official surgeon of Khyber doing working in Abbottabad?"

A nurse known as Bakhto, whose full name is Mukhtar Bibi, managed to gain entry to the Bin Laden compound to administer the vaccines. According to several sources, the doctor, who waited outside, told her to take in a handbag that was fitted with an electronic device. It is not clear what the device was, or whether she left it behind. It is also not known whether the CIA managed to obtain any Bin Laden DNA, although one source suggested the operation did not succeed.

Both papers report that Afridi was among the CIA informants arrested last month by Pakistan for their role in the operation.