Accessibility links
For Devastated Japanese, World Cup Was 'More Than A Game' : The Two-Way There's no shortage of reports about how important the victory in women's soccer was across the Pacific in a nation still recovering from the devastating March 11 earthquake and tsunami. Does losing to Japan ease the pain for U.S. fans? 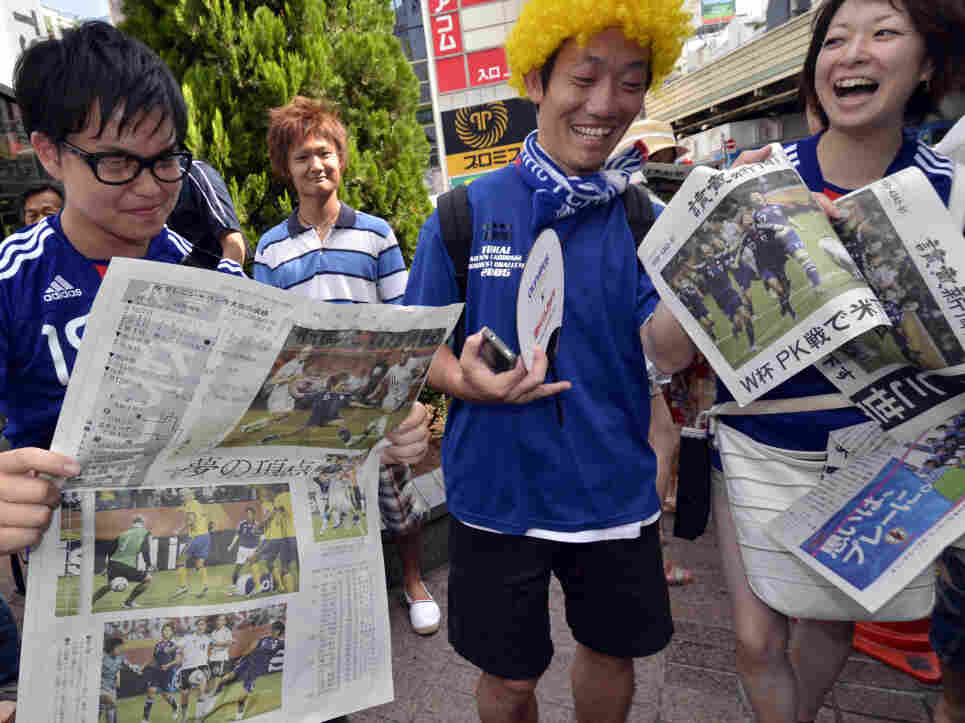 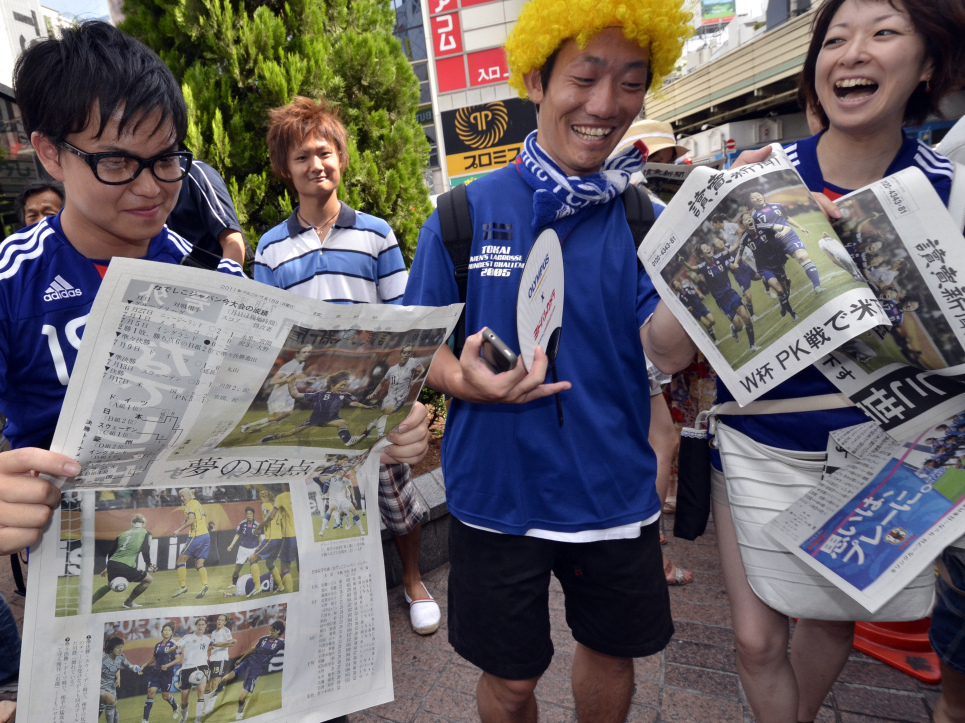 In Tokyo today, newspapers printed extra editions to report about the women soccer team's victory in the World Cup.

While American fans are understandably disappointed that the U.S. women's team came up short in Sunday's World Cup soccer final against Japan, there's no shortage of reports about how important the victory was across the Pacific in a nation still recovering from the devastating March 11 earthquake and tsunami.

-- "Women's World Cup Was More Than A Game For Japan," is the Los Angeles Times' headline on the news. As the Times writes from Tokyo and Seoul, "for Japan, this was more than a soccer game. It was an opportunity to prove on a global stage that a country devastated four months ago by a killer earthquake, tsunami and nuclear catastrophe still possessed the heart and soul of a fierce competitor."

-- The Wall Street Journal looks at "How Soccer Rallies Japan."

"Political strife continues to hobble [Japan's] reconstruction efforts," the Journal writes. "The March 11 disasters have further strained the country's economic woes and exacerbated the need to instill reform measures to combat the rapidly aging population. While Japan grapples with all of these headaches, soccer has emerged as the unlikely bright spot."

-- And ABC News writes from Tokyo that the Japanese team "inspired a nation still reeling from its worst natural disaster and nuclear accident.

Leigha Miyata of Tokyo is typical, ABC reports. For her, "the stunning victory was symbolic of a team that has come to represent hope for a country uncertain about its future. More than four months after the disasters, thousands of evacuees remain in shelters, while nearly 100,000 people have been displaced because of radiation concerns. 'I think this is a great starting point for the victims of the earthquake and tsunami,' she said. 'They'll see how far Japan can go, even with the odds stacked against them.' "