Accessibility links
Piers Morgan Demands Apology From British MP Over Hacking Accusation : The Two-Way During the News Corp. hearings, a member of England's Parliament said Morgan, now a CNN host, had hacked into a phone to get a scoop while he was editor of one of Rupert Murdoch's papers. 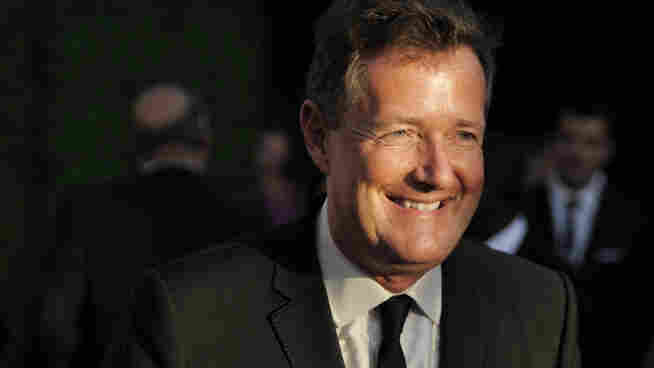 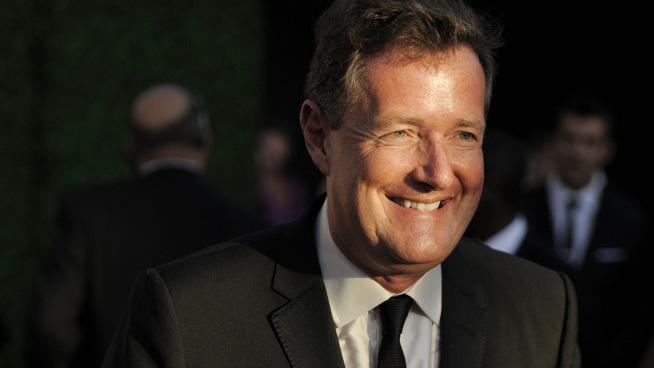 CNN's Piers Morgan arrives at the inaugural BAFTA Brits to Watch 2011 event at the Belasco Theater in Los Angeles.

Amid the apologies, the shaving cream pie and Wendi Deng Murdoch's now famous head slap, you might have missed an accusation made by Louise Mensch, a member of the British Parliament's Culture, Media and Sport Committee. She alleged that Piers Morgan, a CNN talk show host and a former editor at News of the World and Daily Mirror, "boasted" about hacking into phones in his autobiography.

CNN's The Situation Room with Wolf Blitzer put Morgan and Mensch on the same segment, last night, and fireworks ensued:

Mench said she would not repeat the comments she made because Morgan is a "very rich man" and she would not be afforded Parliamentary priveledge outside the hearings, but she was "perfectly content" with what she had said.

"Well, I'm amused by her cowardice in refusing to repeat that allegation now she's not in Parliament and covered by privilege," he said. "For the record, in my time at The Mirror and the News of the World, I have never hacked a phone, told anybody to hack a phone or published any story based on the hacking of a phone."

During the hearing, Mensch was specific in her accusation. She said Morgan hacked into a phone and that helped him get "scoop of the year."

Today, the BBC reports, Morgan denied again he hacked into anyone's phone. He called Mensch's allegations a "complete outrage" and said "anyone who's read the book knows I say no such thing."

"I would quite like it that she read the book," said Morgan, "and then apologize in the same public forum that she used to make these ridiculous allegations."

The BBC reports that in his 2005 book, Morgan does not write what Mensch says he wrote:

In his book, published in 2005, he makes a reference to phone hacking in relation to a Department for Trade and Industry investigation he was subject to over the "City Slickers" share dealing affair - noting that developments in the case appear to have been leaked to journalists.

In an entry dated 26 January 2001, he says: "Given that the DTI has not to my knowledge leaked anything about this case to anyone, I am mystified. But someone suggested today that people might be listening to my mobile phone messages. Apparently, if you don't change the standard security code that every phone comes with, then anyone can call your number and, if you don't answer, tap in the standard four digit code to hear all your messages. I'll change mine just in case, but it makes me wonder how many public figures and celebrities are aware of this little trick."