Accessibility links
Obama: 'Gang Of Six' Plan Backs 'Balanced Approach' : The Two-Way In an interview with NPR, the president said the plan being crafted by three Republican and three Democratic senators confirms an approach that he has been advocating. His comments came amid conflicting reports about where negotiations stand.

President Obama On Tell Me More

Obama: 'Gang Of Six' Plan Is Endorsement Of 'Balanced Approach'

Obama: 'Gang Of Six' Plan Is Endorsement Of 'Balanced Approach' 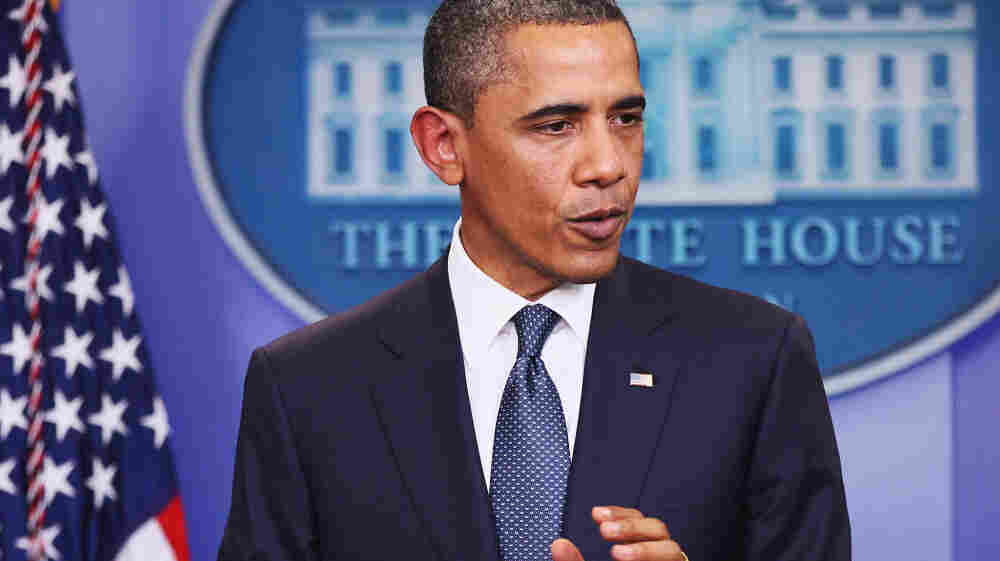 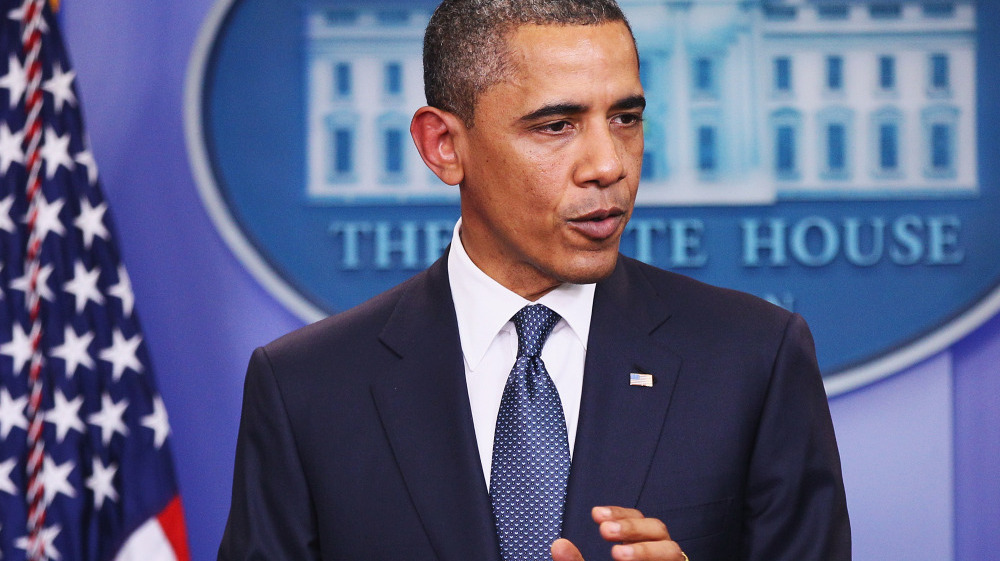 President Obama spoke about the ongoing debt negotiations earlier this week in the Brady Press Briefing Room in Washington, D.C.

The "Gang of Six" bipartisan plan has emerged as a possible framework for a deficit-reduction deal because it has "Republican senators acknowledging that revenues need to be part of a balanced package and you had Democratic senators acknowledge that we're going to have to make some difficult spending cuts," President Obama told NPR this afternoon.

In an interview due for broadcast on Friday's Tell Me More, Obama said the plan being crafted by three Republican and three Democratic senators confirms an approach that he has been advocating.

"In order for us to solve the debt and deficit problems, we've got to cut spending that we don't need. We have to eliminate programs that may not be working. We've got to make some tough decisions around things like defense spending as well as domestic spending," Obama told Tell Me More host Michel Martin.

"But we're also going to have to have more revenues and we can do that in a way that is not hurting the economy — [and] in fact could potentially help the economy by closing up some loopholes that distort the economy."

President Obama, responding to a question from NPR's Michel Martin

Obama's comments came as negotiations continued between the Democratic president's White House and Republican leaders in Congress — and amid conflicting reports about where those talks stand.

The New York Times this afternoon is reporting that "Congressional officials" say the president and House Speaker John Boehner (R-OH) are "starting to close in on a major budget deal that would enact substantial spending cuts and seek future revenues through a tax overhaul."

But The Associated Press writes that "White House spokesman Jay Carney reported little progress from private meetings President Barack Obama held Wednesday with Boehner and House Majority Leader Eric Cantor [R-VA], and separately with congressional Democratic leaders. 'There is no deal, we are not close to a deal,' Carney said."

Deadlines are rapidly approaching. While the federal government hits its debt ceiling on Aug. 2, the White House has said a deal that covers both an extension of that limit and long-term deficit-reduction needs to be reached by tomorrow in order for their to be time to get it passed and signed into law. The administration did signal yesterday, however, that it might be willing to agree to a temporary debt limit extension if a broad deficit-reduction package is close.

Also during his conversation with Tell Me More, the president said he would tell critics who argue he isn't spending enough time trying to boost job growth that "there are daily meetings" in the White House about bringing down unemployment.

And he made the case that "if we are able to do some serious work on debts and defciits than it removes the focus solely on what we can't do ... what government can't do ... and we can get back back to talking about what are some things that we can do."

In a light-hearted moment, he also said that for his 50th birthday on Aug. 4 he'd like "a debt ceiling deal."

The president also makes his case on the pages of USA Today this morning. He ends with this:

"There will be plenty of haggling over the details of all these plans in the days ahead. But right now, we have the opportunity to do something big and meaningful. This debate shouldn't just be about avoiding the catastrophe of not paying our bills and defaulting on our debt. That's the least we should do. This debate offers the chance to put our economy on stronger footing, restore a sense of fairness in our country, and secure a better future for our children. I want to seize that opportunity, and ask Americans of both parties and no party to join me in that effort."

Note at 3:15 p.m. ET: Earlier, the president's side of our audio clip was from the telephone recording of his comments. Now that we've got the "studio quality" version recorded by a producer at the White House, we've substituted that higher quality audio. His words, of course, were not changed.

President Obama On Tell Me More