Accessibility links
Crisis In The Horn Of Africa: 'We Need Water, We Need Life' : The Two-Way As they flee famine, drought and conflict in their own country, Somalis are streaming to an "inhospitable land" in Kenya where life is marginally better. International efforts are underway to get help to them.

Crisis In The Horn Of Africa: 'We Need Water, We Need Life'

Crisis In The Horn Of Africa: 'We Need Water, We Need Life' 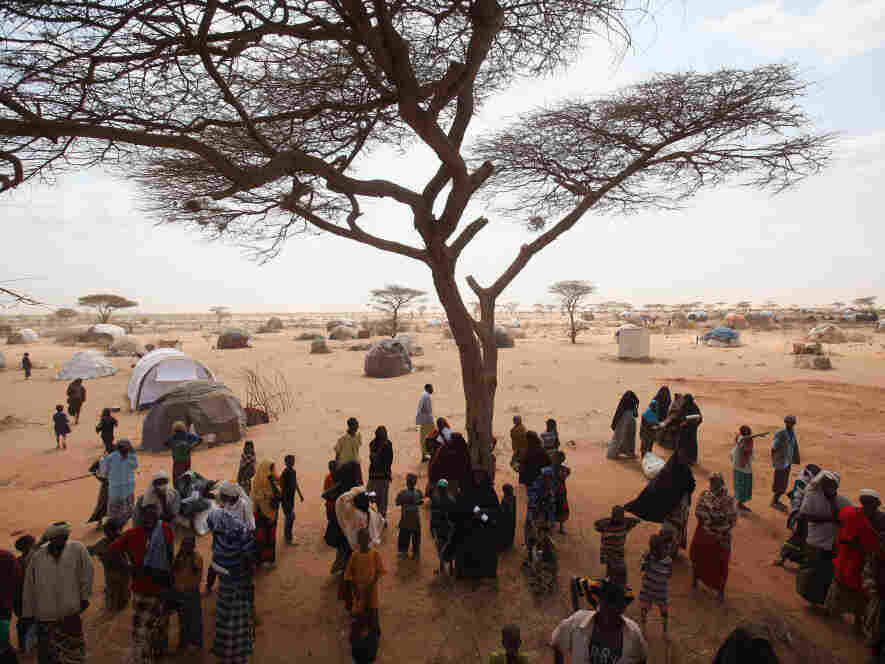 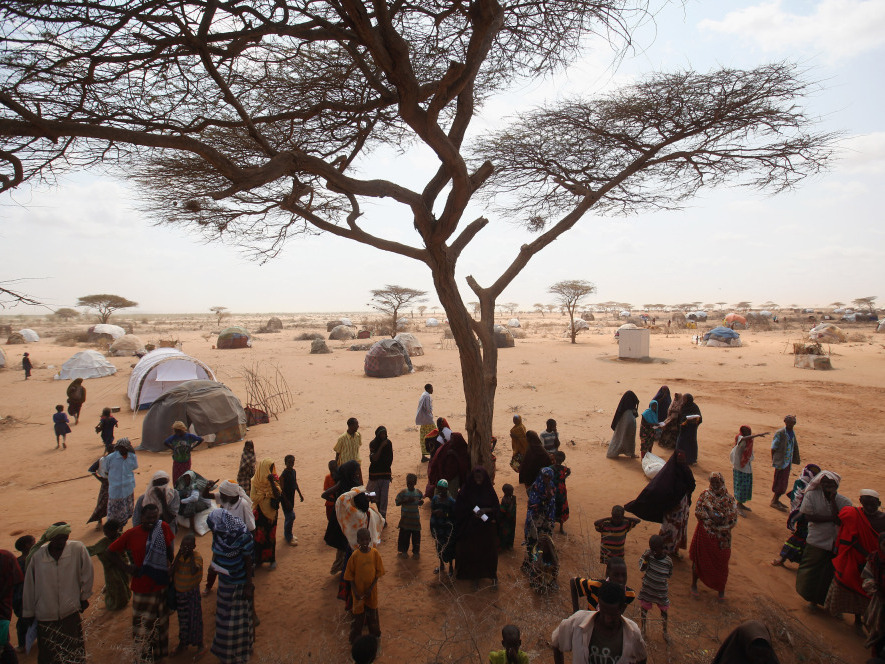 While in the U.S. we worry about the dangerous heat wave covering much of the country, in the Horn of Africa the famine, drought and conflict plaguing Somalia and some nearby regions have combined to create a far deadlier disaster.

As we reported earlier this week, thousands of people have already died in what's been dubbed the "triangle of death," and millions of lives are threatened.

And as Ofeibea Quist-Arcton's report today on Morning Edition makes clear, some of the things she's seen this week at a refugee camp in northeastern Kenya and some of the stories she's heard from the Somalis who have come there are heart-breaking.

She describes an "inhospitable land" of sand and wind where "as far as the eye can see," tents have been set up. And she meets a three-year-old boy. He's severely malnourished, with a "wasted, wizened body." The boy's mother died of hunger on the month-long walk from Somalia to the refugee camp. He's now being cared for by his 80-year-old grandmother.

As another refugee tells Ofeibea, "we need water, we need life." Still, refugees say, things are better in Kenya — where there's peace — than back in largely lawless and war-torn Somalia.

Here is Ofeibea's report, and an accompanying piece from NPR's Michele Kelemen on the U.S. response and the complications caused by the terrorist group known as al-Shabaab that officials say is preventing aid from getting into Somalia.

The U.S. and several other nations, as well as many international aid groups, are trying to get aid to the people in the region. There's a "how can I help?" webpage from USAID that has links to many of the organizations that are involved.