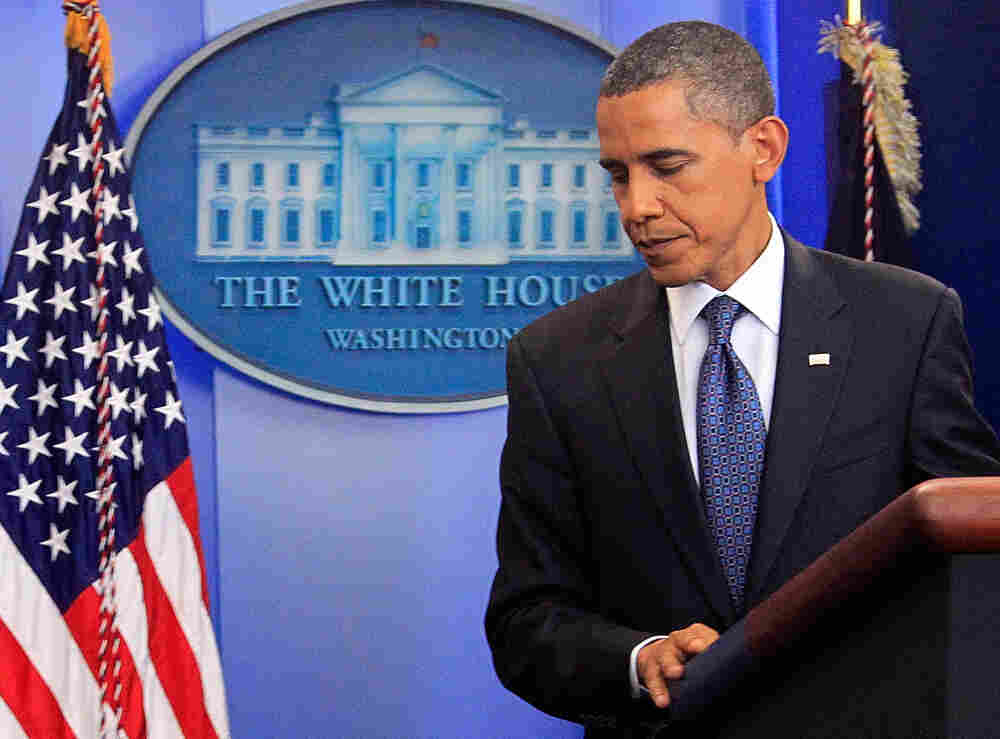 President Barack Obama makes a statement in the Brady Briefing Room at the White House in Washington, Friday, July 22, 2011 on the break down of debt ceiling talks. Manuel Balce Ceneta/AP hide caption 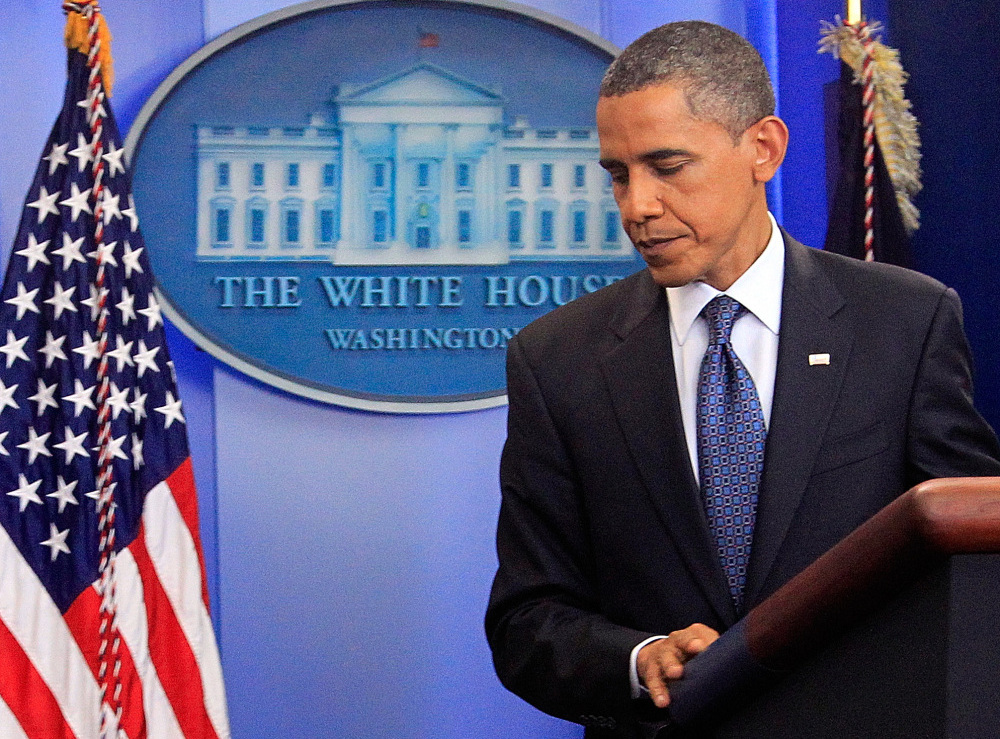 President Barack Obama makes a statement in the Brady Briefing Room at the White House in Washington, Friday, July 22, 2011 on the break down of debt ceiling talks.

Minutes after House Speaker John Boehner went on Fox to announce there "was no deal" on raising the debt ceiling, President Obama called his own press conference to confirm that Boehner had walked away from the negotiating table.

The president said it was "hard to understand" why Boehner would walk away.

In his interview with Fox, Boehner said he would now start negotiations with the Senate.

Boehner told Fox Obama was trying to raise taxes too much and would not make "fundamental changes" to entitlement programs.

Obama said the deal on the table was generous toward Republicans. Obama said this was not a typical Washington "food fight" and " a lot of Democrats stepped up in ways that were not advantageous politically."

"I was willing to take heat," he said.

In a letter Boehner sent to House members, he said "the White House is simply not serious about ending the spending binge that is destroying jobs and endangering our children's future."

Boehner said he and the president were never "really close" to a deal and because President Obama was emphatic that "taxes have to be raised" and that "we cannot make fundamental changes to our entitlement programs," he walked away from discussions.

President Obama laid out a sketch of the terms he and Boehner were working on. He said the plan included $1 trillion in domestic and defense cuts and $650 billion in cuts to entitlement programs.

The part that Boehner objected to came in the way of $1.2 trillion in revenue increases that the president said "could be accomplished by eliminating loopholes and deductions" in a "tax reform process."

The president said the tax increases were less than what the bi-partisan "Gang of Six" plan called for. Obama said it was an "extraordinarily fair deal."

In his own hastily called press conference, Boehner said the impasse came when President Obama asked for more in the way of increased revenue. He said the president had agreed to $800 billion in increased revenue and at the "last minute" he "demanded more money."

"The extra 400 billion would have come [from] increasing taxes," said Boehner. "They refused to get serious about cutting spending and making the tough choices that are facing our country on entitlement reform."

So what happens next? If Washington does not come to an agreement by Aug. 2, the White House said the country would default on its debt.

Boehner said he and the president had not talked about a deal that just raised the debt ceiling. But he said he would work with congressional leaders "for a path forward."

"I'm confident," he said, "Congress can act and not compromise the full faith and credit of the United States."