Accessibility links
Dawn Spacecraft Begins Exploring Asteroid Belt : The Two-Way The spacecraft flew within 3,000 miles of Vesta, considered a protoplanet or baby planet, whose growth was interrupted by the formation of Jupiter.

NASA's Dawn spacecraft has started beaming back pictures of the second largest body in the Asteroid belt that's between Mars and Jupiter. The images are the first of the asteroid Vesta, which is about the size of Colorado, and they are stunning: 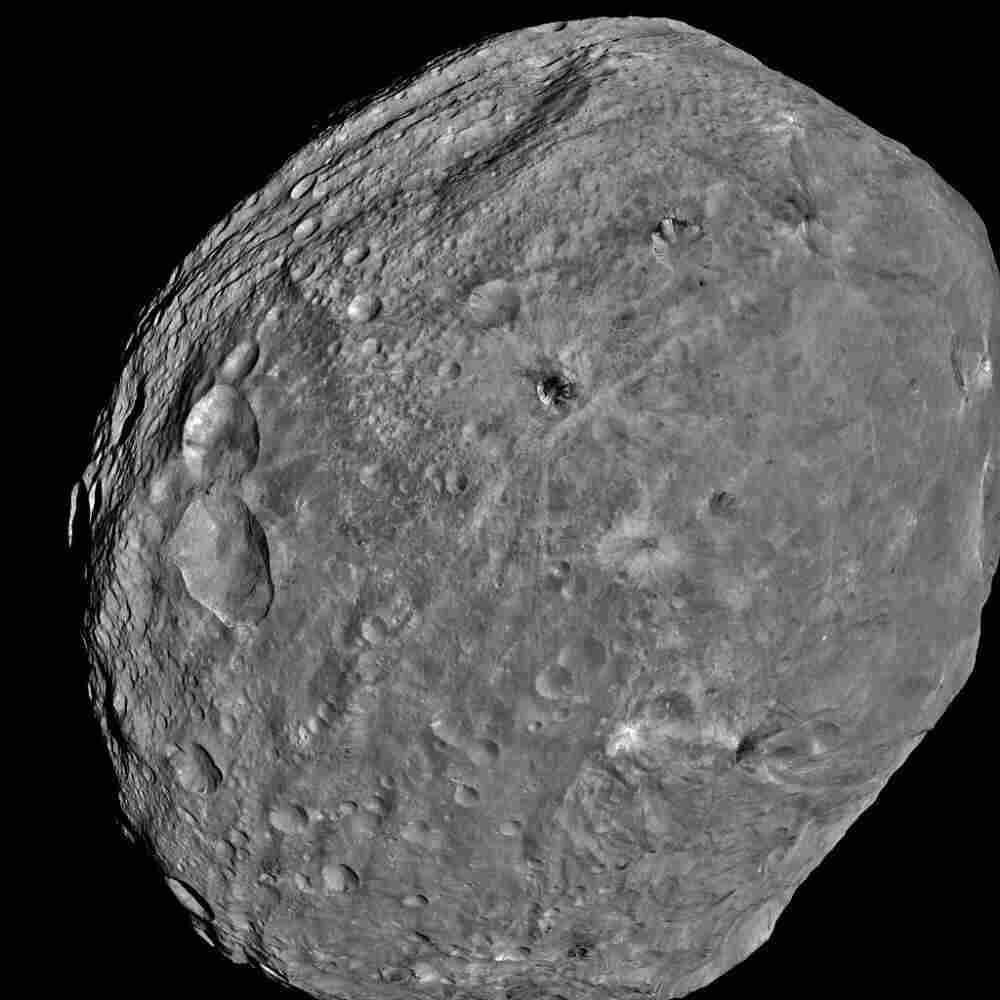 NASA's Dawn spacecraft obtained this image of the giant asteroid Vesta with its framing camera on July 24, 2011. It was taken from a distance of about 3,200 miles. NASA hide caption 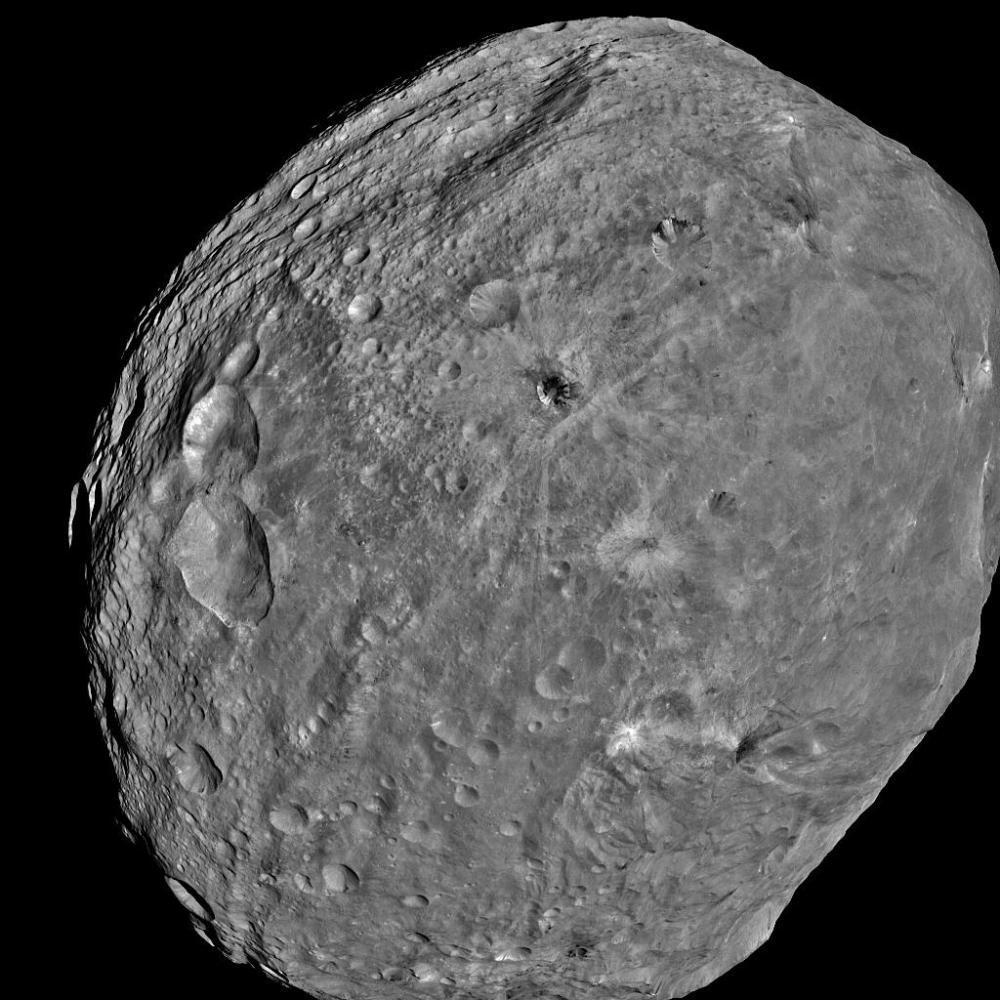 NASA's Dawn spacecraft obtained this image of the giant asteroid Vesta with its framing camera on July 24, 2011. It was taken from a distance of about 3,200 miles.

"We have been calling Vesta the smallest terrestrial planet," Chris Russell, Dawn's principal investigator at UCLA, said at a press conference today. "The latest imagery provides much justification for our expectations. They show that a variety of processes were once at work on the surface of Vesta and provide extensive evidence for Vesta's planetary aspirations."

The Dawn mission launched in 2007. It is scheduled to orbit around Vesta for a year. Then it is scheduled to move on to Ceres, the largest body in the belt, and it'll arrive there by February of 2015.

The AP reports that studying Vesta could give scientists some insight as to how we came to be:

Analyzing the surface "enables us to determine what has happened to Vesta over the eons," said the mission's chief scientist, Christopher Russell of the University of California, Los Angeles.

Currently some 117 million miles from Earth, Vesta is the second-most massive resident of the asteroid belt, a zone between Mars and Jupiter littered with hundreds of thousands of space rocks orbiting the sun. The belt formed some 4.5 billion years ago around the same time and under similar conditions as Earth and the inner planets.

Here's one more stunning view of the asteroid spining:

Discover Magazine's Bad Astronomy reports that those pictures are already raising a lot of questions. They give a bit of play-by-play on what you're looking at in the animation:

Look at how the surface changes: you can see smoother regions, cratered regions, places that are darker, some where it's brighter. Clearly Vesta has been battered over time — the entire south pole region is an impact basin, and those parallel grooves are from waves of energy moving through the asteroid during the impact event — and hopefully its history will be unraveled when higher-resolution images come in.

Another important thing to note is that Vesta and Ceres are considered protoplanets, or baby planets. As NASA explains, their growth "was interrupted by the formation of Jupiter." Ceres is believed to be primitive and wet while Vesta is evolved and dry.