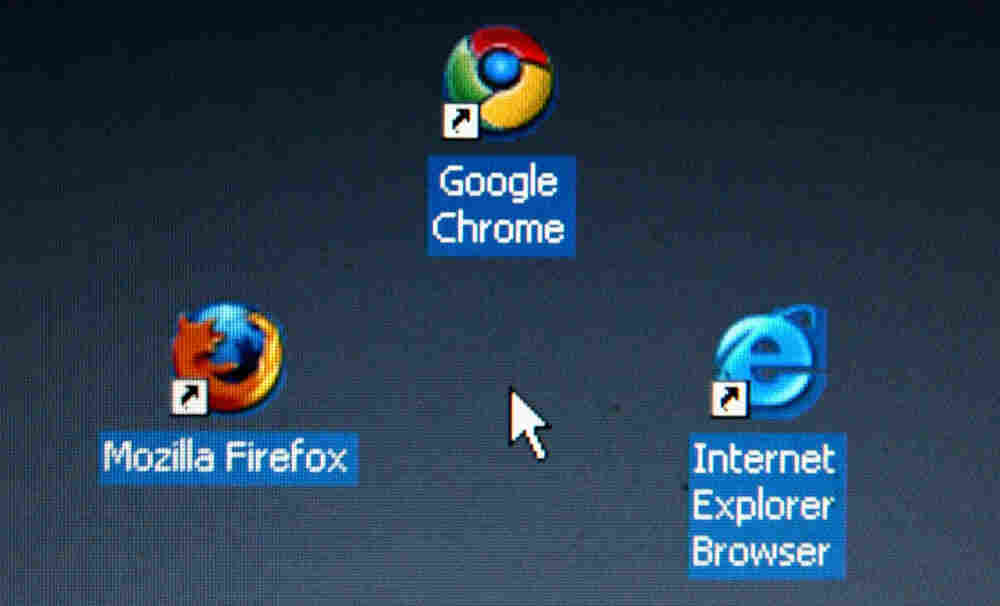 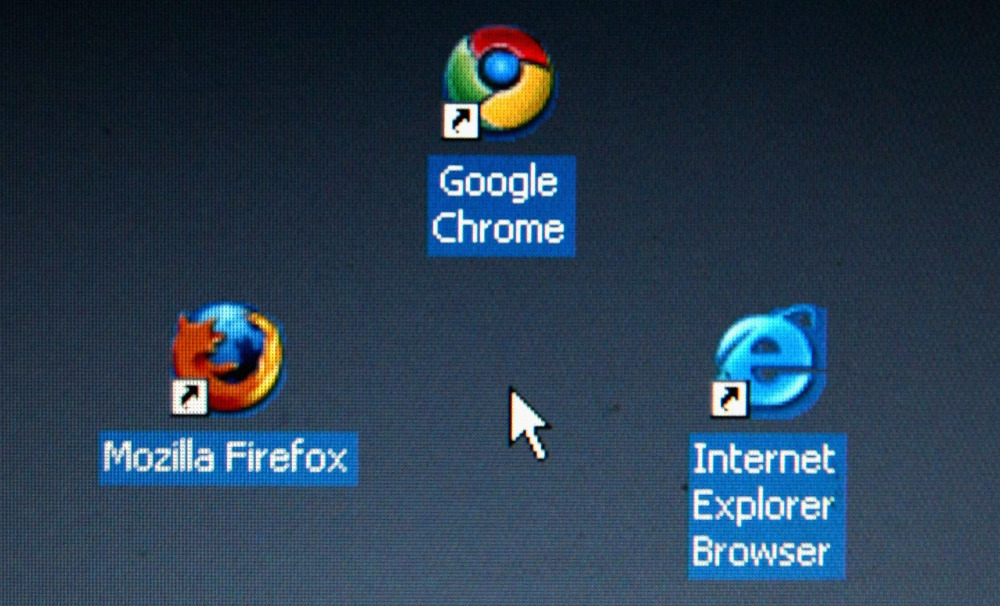 The browser wars are getting personal. A new study gave IQ tests to more than 100,000 English-speaking Internet users from the U.S., Canada, U.K., Australia, and New Zealand. Those results were then compared to what browser each person was using to take the test. 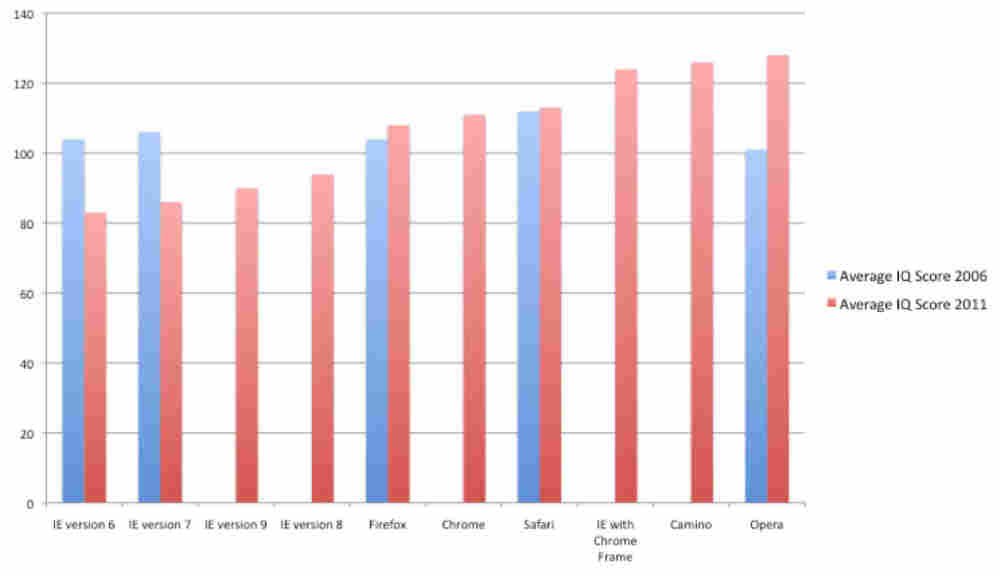 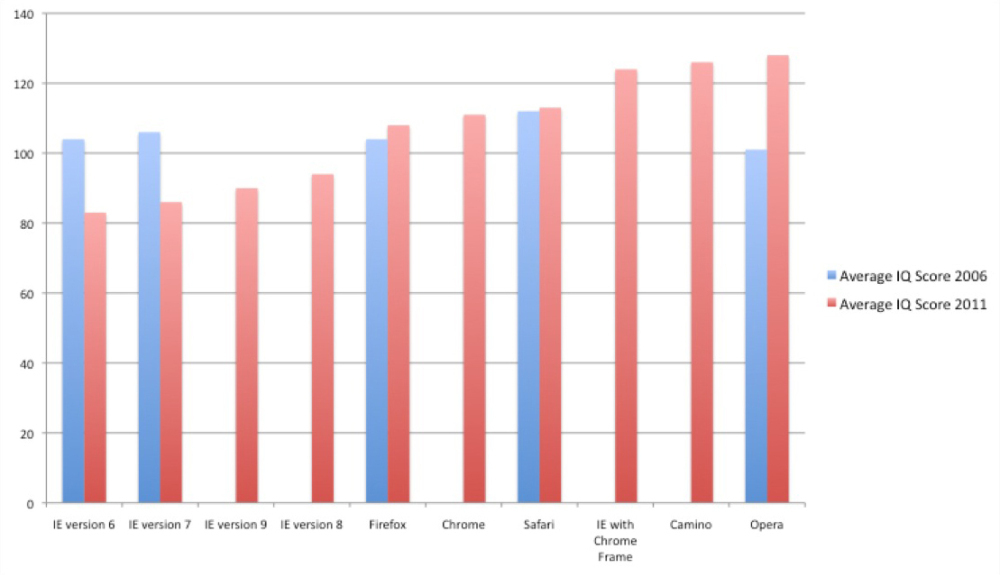 A graph comparing IQs by browser.

The Register, an IT news website, put it less kindly, saying "IE users are dumb as a bag of hammers."

In defense of IE users, a lot of office drones don't have a choice: They use whatever their IT department chooses for them.

But as the The Register reports, the study was not just meant to poke fun at IE users — who, by the way, techies dislike because they say it's hard to code for the browser. The study, reports The Register, was intended to see how IQ affects a user's willingness to move onto newer platforms:

"The comparison clearly suggests that more people on the higher side of IQ scale have moved away from Internet Explorer in the last 5 years," AptiQuant concludes.

AptiQuant also plotted the use of each browser over the range of users' IQ. IE users again embarrassed themselves: the higher the IQ percentile, the fewer IE users. On the other hand, the smarter the user, the more likely they were to use Opera, Camino, and IE with Chrome Frame.

"From the test results, it is a clear indication that individuals on the lower side of the IQ scale tend to resist a change/upgrade of their browsers," the study concludes. "This hypothesis can be extended to any software in general, however more research is needed for that, which is a potential future work as an extension to this report."

The study quoted in this post, which claims that Internet Explorer users had lower IQs, appears to be an elaborate hoax. We've posted an explanatory post here.