Accessibility links
Polar Bear Kills British Tourist In Norway's Arctic : The Two-Way Polar bear attacks are not uncommon in the area, so visitors are encouraged to carry high-powered rifles when venturing into the wild. 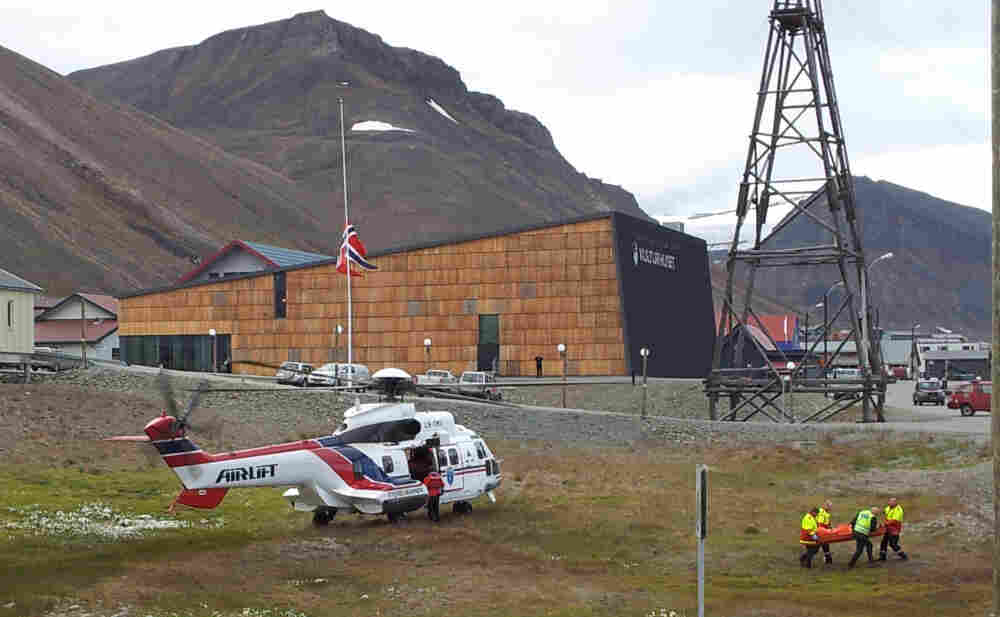 An injured person is carried from a helicopter in Longyearbyen after a polar bear killed one person and left four other members of a British group seriously injured. Thomas Lysgaard/AFP/Getty Images hide caption 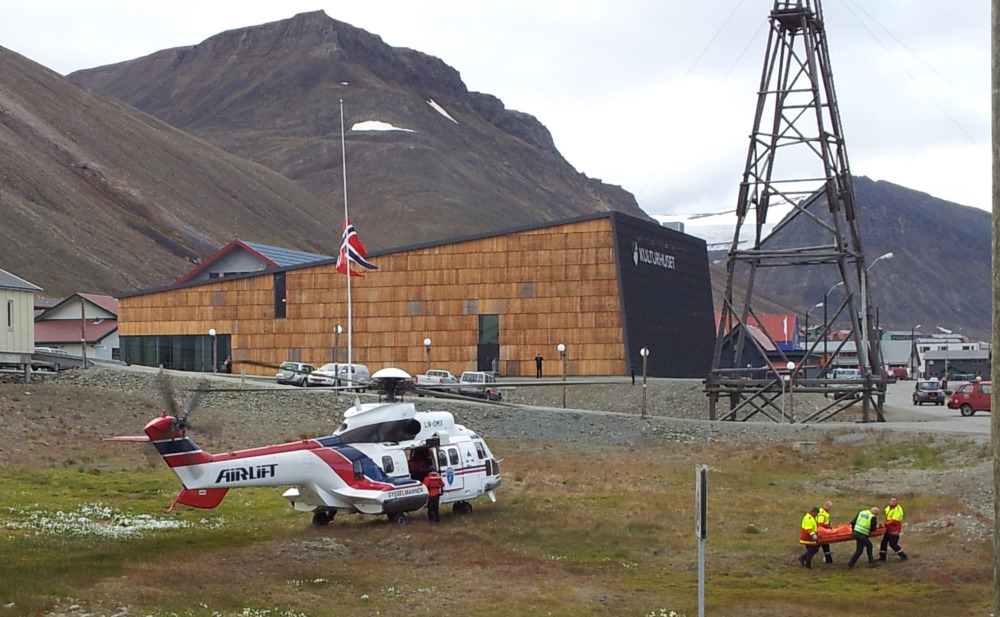 An injured person is carried from a helicopter in Longyearbyen after a polar bear killed one person and left four other members of a British group seriously injured.

An adventure trip to the arctic ended in tragedy for a group of British students, when a polar bear attacked the expedition, killing one person and injuring four. The group then shot the bear dead.

The party of around 80 were on a five-week expedition in the Arctic run by the [British Schools Exploring Society], a youth development charity.

The group alerted the authorities by satellite phone at 7:30 am on Friday and the injured were airlifted by helicopter to hospital 25 miles away in Longyearbyen, the island's capital.

The AP adds that polar bear attacks are not uncommon in the Arctic Svalbard archipelago. So much so that visitors are encouraged to carry high-powered rifles when they leave the city of Longyearbyen.

"These days when the ice comes in and out like it does right now, it's not unlikely to encounter polar bears, "Lars Erik Alfheim, vice-governor of Svalbar, told the BBC. "Polar bears are extremely dangerous and it's an animal that can attack without any notice."

The name of the person killed has not been released, but a BSES spokesperson told the Guardian all of the people on the expedition were between the ages of 16 and 23.

The Guardian characterized the bear as "starving," earlier. We likely won't know that for certain, so we've removed that word from our post, but the paper quotes a "local source" saying the bear was "extremely hungry." Also, it provides this quote:

Liv Rose Flygel, 55, an artist and airport worker who lives near the hospital, said: "It's not been the first time. Last summer a man was attacked by a polar bear and there have also been attacks on a man from Austria and a girl. Only the man in the attack last summer survived.

"The problem is when the ice goes the bears lose their way and cannot catch food. People don't really know how dangerous they are; one came down to the sea recently and people were running down to take pictures."