Accessibility links
Alan Simpson: If Lawmakers Can't Compromise, They Should 'Go Home' : The Two-Way The former GOP senator said the decisions that have to be made to control future debt will be "like giving dry birth to a porcupine" 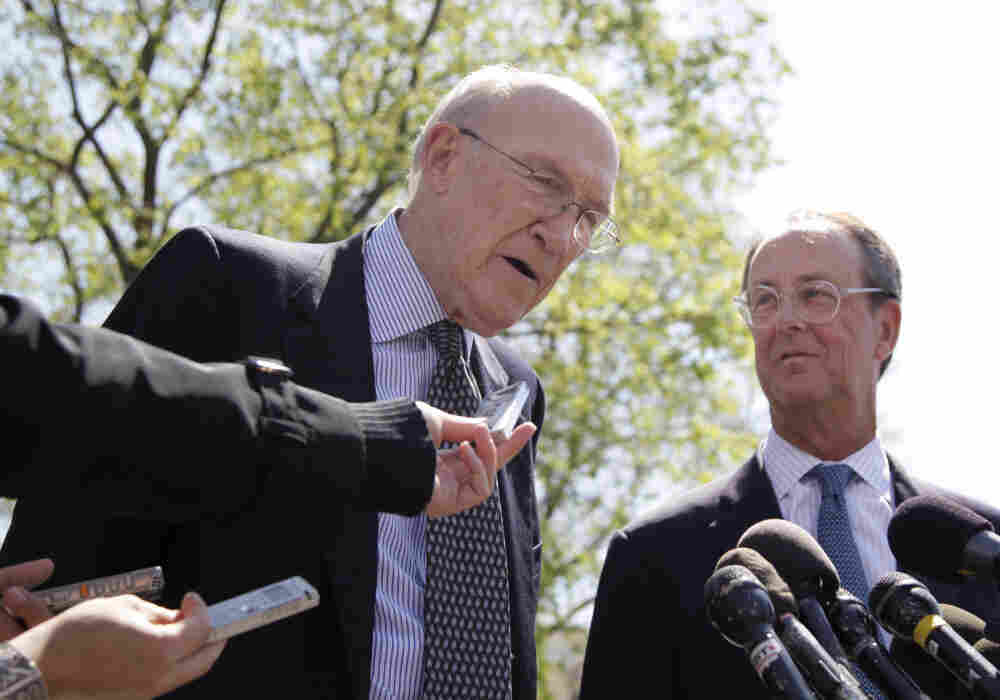 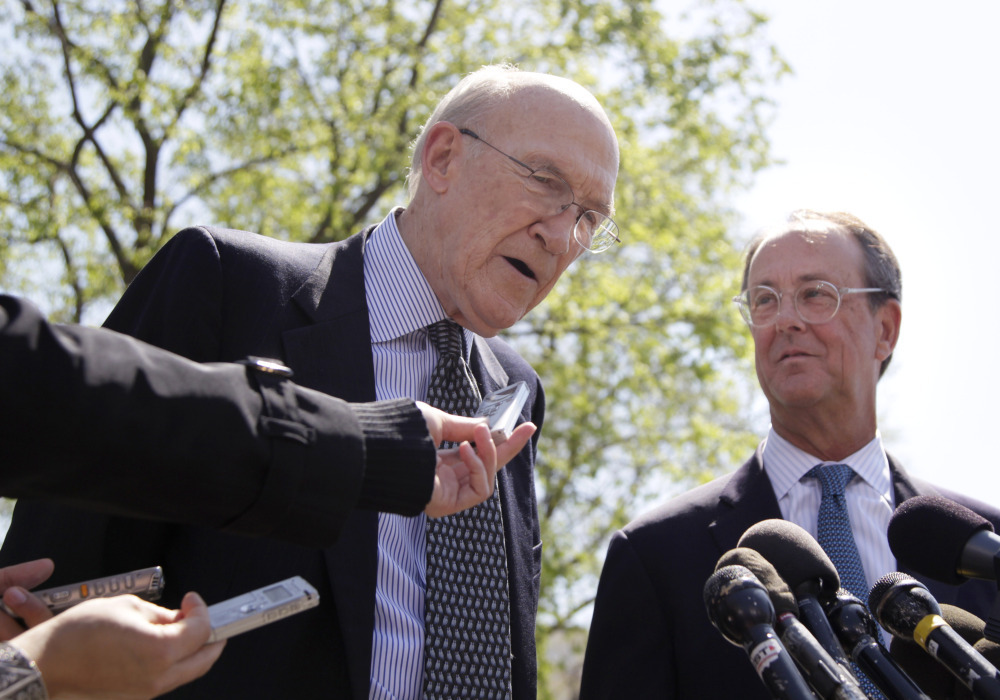 The co-chairmen of the president's deficit reduction commission, Erskine Bowles, right, Alan Simpson, talk to reporters outside the White House in April.

Former Sen. Alan Simpson spoke to NPR's Steve Inskeep this morning and the conversation was wide-ranging and spirited, but one thing was crystal clear: Simpson, who served as a Republican senator from Wyoming, was not happy about the Congressional "horror show" that lead to Standard & Poor's downgrade of U.S. debt.

Whether S&P has credibility, he said, is irrelevant. "It doesn't matter whether they are right or wrong. It shows a doubt. It throws doubt into a system," he said.

Along with Erskine Bowles, Simpson was the co-chair of President Obama's fiscal commission. Simpson said they spent 10 months looking for real solutions and they put out a 67 page report with specifics. It was titled The Moment of Truth and it includes suggestions on how to reform the tax code to close loopholes for the very wealthy and includes reforms to entitlement programs including things that would prove highly unpopular like tying the retirement age to rising life expectancy.

"It's all there and all of it painful," said Simpson. And that's his main point: that what needs to get done to get this country back on a fiscally responsible path is going to be painful. He used a colorful metaphor for it: "It's going to be like giving dry birth to a porcupine."

Under the guidelines of the debt ceiling agreement reached earlier this month, it's now up to a "super committee" of 12 to find more than a trillion dollars in savings and Simpson issued a warning.

He said if the a majority of the "gang of six" — a bipartisan group of lawmakers who has gathered to find solutions to the fiscal problems — isn't included in the super committee, "they've picked people to assure failure."

Simpson was unequivocal in his belief that lawmakers have to compromise, which in the terms of the current debate means that Democrats have to give on entitlement reforms and Republicans have to give on more revenues.

Listen to the as-aired conversation between Simpson and Steve by clicking on the player at the top of this page.