Accessibility links
Sesame Workshop: Bert And Ernie Just Friends, Have No Sexual Orientation : The Two-Way The statement comes in response to an online petition that wanted the Muppets — males, who share a house and bedroom — to marry. 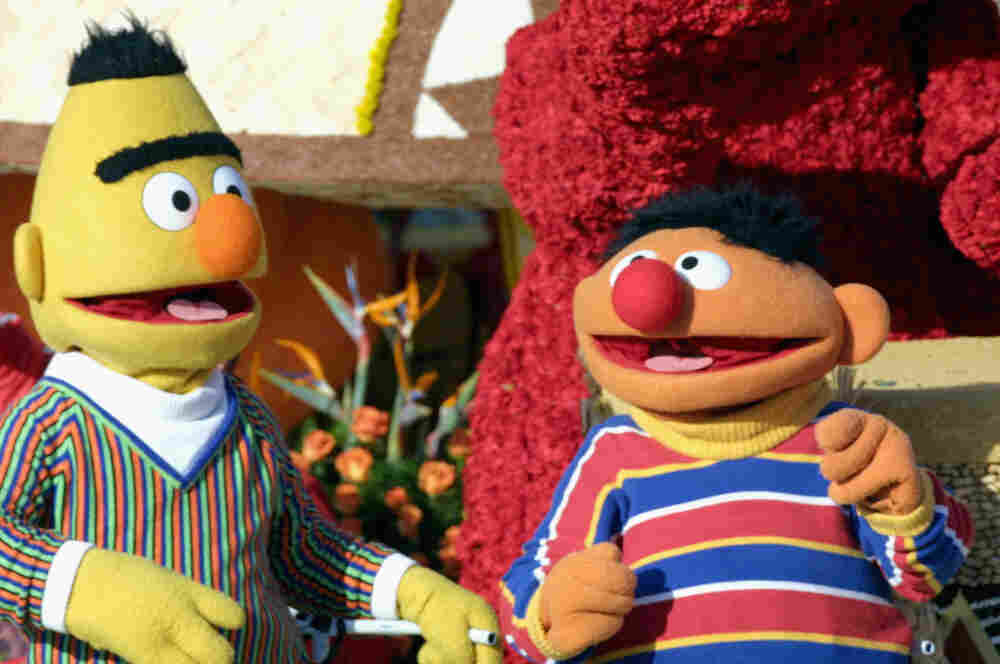 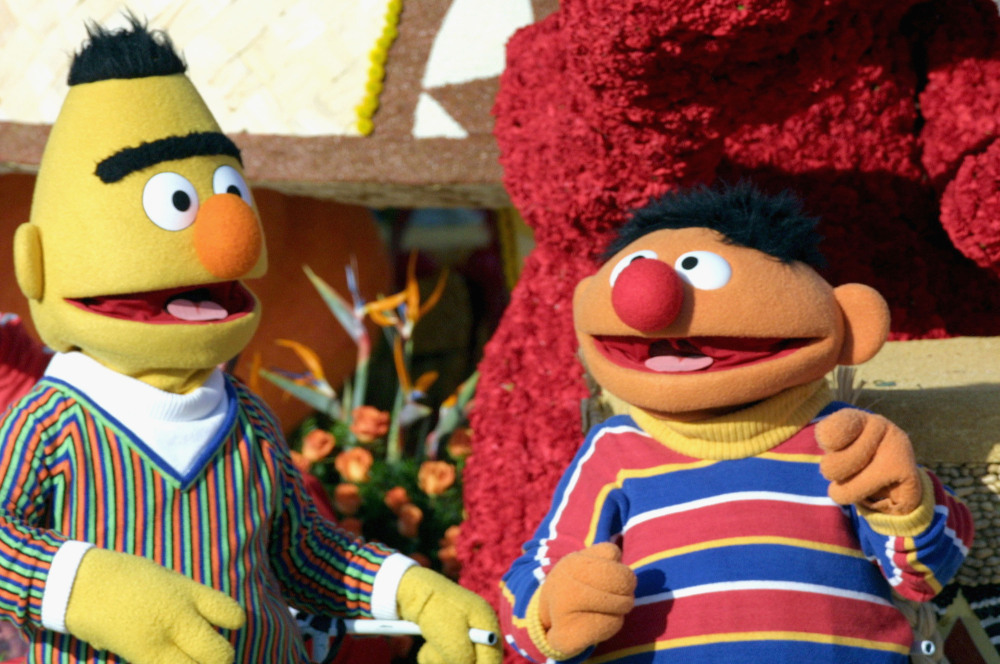 Sesame Street's Bert and Ernie ride the "Music Makes Us Family" float in the 2005 Tournament of Roses Parade.

This week, an online petition concerning Sesame Street's Bert and Ernie started making the rounds. The Facebook petition asked that Sesame Street allow the two male Muppets, who share a house and a bedroom, to be married on the show.

"We are not asking that Sesame Street do anything crude or disrespectful," the petition read. "Only that they allow Bert & Ernie to marry or even add a transgender character to the show. It can be done in a tasteful way."

The petition has 5,767 signatures so far and lots of media attention, including a piece from the Christian Science Monitor, which examined if they could even get married where they live. (They live in New York, the paper determined, so yes, they could.)

But the makers of Sesame Street, The Sesame Workshop, issued a statement on their own Facebook page today, quashing the possibility:

Bert and Ernie are best friends. They were created to teach preschoolers that people can be good friends with those who are very different from themselves.

Even though they are identified as male characters and possess many human traits and characteristics (as most Sesame Street Muppets™ do), they remain puppets, and do not have a sexual orientation.