Accessibility links
Warren Buffett: Please, Raise My Taxes : The Two-Way Buffett argues that Congress protects rich people as if they were "spotted owls," and that should change if Washington wants to balance the budget and cut into the national debt. 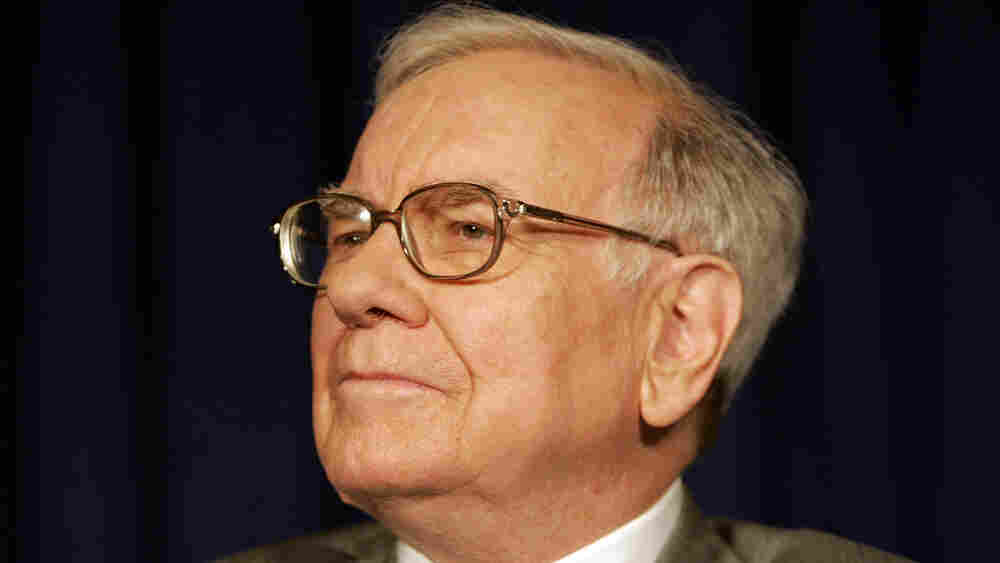 Buffett also says entitlement reform is "job one" for a Congress struggling to reduce deficit and debt. But, he adds, that Congress should stop "coddling" the super rich. Here's his bottom line:

"While the poor and middle class fight for us in Afghanistan, and while most Americans struggle to make ends meet, we mega-rich continue to get our extraordinary tax breaks. Some of us are investment managers who earn billions from our daily labors but are allowed to classify our income as "carried interest," thereby getting a bargain 15 percent tax rate. Others own stock index futures for 10 minutes and have 60 percent of their gain taxed at 15 percent, as if they'd been long-term investors.

"These and other blessings are showered upon us by legislators in Washington who feel compelled to protect us, much as if we were spotted owls or some other endangered species. It's nice to have friends in high places.

"Last year my federal tax bill — the income tax I paid, as well as payroll taxes paid by me and on my behalf — was $6,938,744. That sounds like a lot of money. But what I paid was only 17.4 percent of my taxable income — and that's actually a lower percentage than was paid by any of the other 20 people in our office. Their tax burdens ranged from 33 percent to 41 percent and averaged 36 percent."

Buffett also argues against the notion that taxes kill jobs, saying that in previous decades, when taxes were higher, that wasn't the case. But, of course, his op-ed has caused some controversy.

Tim Worstall at Forbes says his math is quite simply wrong and Buffett is playing a game of "three card monte." That if you include the effect of corporate income tax on his dividends, the average tax rate is more like 50 percent.

The American Spectator, a conservative publication, simply asks, "... [W]hy do Buffett and the other rich people so ready to pay more have to be told to pay more? Why don't they just pay more on their own?"